10 of Europe's Most Amazing Festival Locations

A festival is a product of its location, and even the very biggest events – think Glastonbury and Burning Man – are defined by the grounds on which they occur. Whether you’re looking for a hazy desert sunrise or the lushest green mountains, here are the European festivals with locations guaranteed to give you goosebumps.

Nowhere is the original regional European Burn and, as befitting its heritage, takes place in the barren semi-desert between Zaragoza and Barcelona. You’ll find all the requisite rules about radical self-expression, leaving no trace and community, and a transcendental time awaits – that is, if nudity doesn’t offend or embarrass you. Every morning, Nobodies climb the mountain overlooking the camp and wolf-whistle at the sunrise while the party rages on. Tip: Revel in the toilets that look out onto the dusty plains beyond. Spending a penny has never been so inspiring.

Set deep in the Three Lake Valley amongst the industrial Silesian heartland, OFF is a cluster of gorgeousness in a brutal landscape. OFF combines a unique setting with being the go-to Eastern European festival for alternative music aficionados. In the past it’s staged big-hitters like Primal Scream and The Stooges whilst this year Brooklyn indie mega-babes Grizzly Bear and jazz-metal pioneers Oxbow are amongst the confirmed names.

Taking place next to a gleaming river far into the Portuguese dust bowl, Boom is not for the faint-hearted; daytime heat regularly scales 45 degrees Celsius (113 degrees Fahrenheit) and the metronomic thud of psytrance can be felt in the parched ground 24 hours a day. Fortunately, the lake offers respite from the heat and the remote location and conditions ensures that revelers create their own mini-community – their own world – where their reliance is on no one but each other.

Taking place deep into Bulgaria’s Rhodope Mountains, in the tiny village of Polkovnik Serafimovo, Meadows has earned a reputation as a boutique haven of hedonism and as a techno-loving community that gives back to Polkovnik Serafimovo in more ways than one. As well as the on-point lineup, first-rate environmental credentials and Burning Man-influenced vibes, it has one immovable USP; the sunrise that rises in all its florid glory over dewy mountains in the distance. It’s observed with reverence by the hundreds who stay awake to welcome it, who celebrate by keeping the party going a little longer. 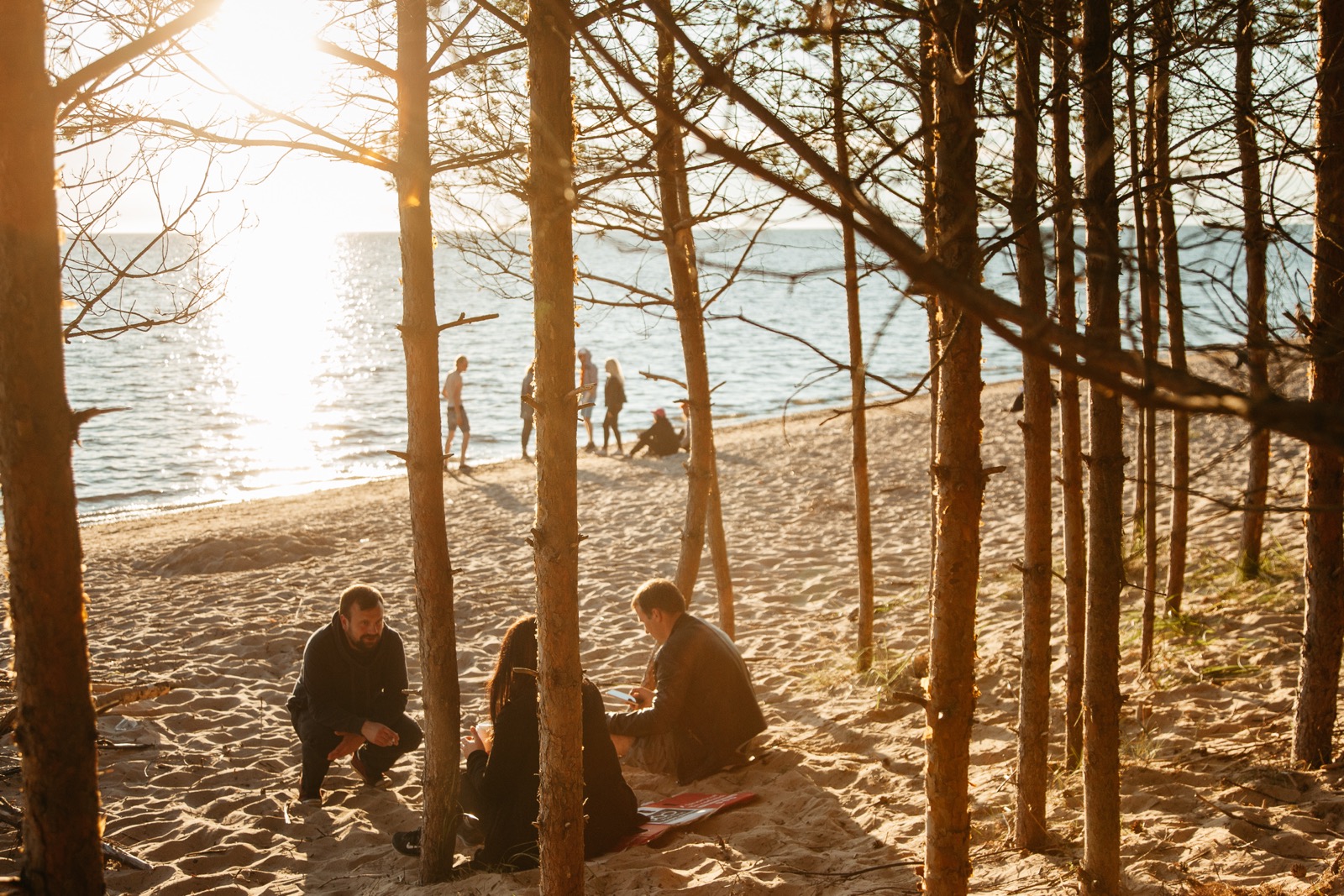 Not many festivals offer both a seaside and woodland location, but at Positivus you can let your nature child run (and swim) free. The beach is the perfect place to see off last night’s hangover before heading into the woods for a night of carousing and listening to its impeccably curated lineup. Pixies, Alt-J and The xx have all played in recent years.

Traena takes place on an archipelago 65 kilometers off Norway’s coast, and you need to hitch a ride on a motorboat to reach these tiny islands with a year-round population of just 400. Gigs take place in caves, in churches, and in the shadow of a seemingly endless sunrise and sunset which occur just an hour apart. Steaming saunas are a part of the daily routine, as is drinking local moonshine called "Hjemmebrent" with the locals, who throw themselves wholeheartedly into the proceedings.

Not many festivals take place on a TV set, but Festival No. 6 goes down in Portmeirion, the idyllic Welsh coastal town where cult 1960s spy series The Prisoner was filmed. Since its inception in 2012, Festival No. 6 has solidified its place as the left-of-centre, late-summer bash for grown ups looking to behave (kinda) badly. Watch bands on the main stage surrounded by woodlands, go for a bracing sea swim, or explore the nooks and crannies of this toyshop town.

G! Festival goes down in the Faroe Islands, a tiny archipelago in-between Norway and Iceland. Taking place in the tiny fishing village of Gøta – population 400 – you’ll find stages on the beach and football pitch, and drink in the Faroese landscape of jagged cliffs and twinkling seas. A tenth of the Faroe Islands' 48,000 residents are said to attend, and they’ve scored a coup this year by lining up Rag N’Bone Man, as well as plenty of Scandinavian stars.

Howlin’ Fling regulars – on the Hebridean island of Eigg off Scotland’s west coast – revel in the festival’s friendly atmosphere and its appetite for a (seemingly) endless party. Hosted by local record label Lost Map it has a capacity of just a few hundred, most of whom seem to know one another. Festival-goers arrive by ferry from the mainland, and as it chugs over the North Atlantic Ocean’s waters, it becomes clear that the star of the show is the island itself; expect undulating verdant landscapes, ragged mountains (the Sgurr is a must-visit) and beaches of pillowy quartz sand.

Oasis visitors get to the spend their evenings dancing and drinking in one of the festival world’s most imposing views: Morocco’s Atlas Mountains. The views by night are only bettered by those at sunrise, after which the dance-music savvy crowd either stay onsite at The Source – the luxury spa resort in which the festival takes place – or jump in a taxi to get some shut-eye in one of Marrakech’s many riads. Strictly speaking, Oasis isn't in Europe but qualifies by virtue of its largely European clientele (and organizers) who come from all corners of the continent to yoga by day and party by night.