Buying a flashy outfit is now an intrinsic part of the pre-festival ritual, as much as loading your trunk with beer, or buying enough baby wipes to keep a parade of toddlers squeaky clean until Christmas.   What's more, an increasing number of festivals everywhere apply themes to unify revelers’ outfits, resulting in some legendary concepts over the years. Bestival’s "30,000 Freaks Under The Sea" in 2008 immediately comes to mind, which coincided with the Isle of Wight event being bombarded by a deluge of storms that made El Niño look like mere April showers. Here's our internationally leaning spread of this summer's coolest festival themes announced so far, as well as fests where costumes are as much a part of the experience as the music. 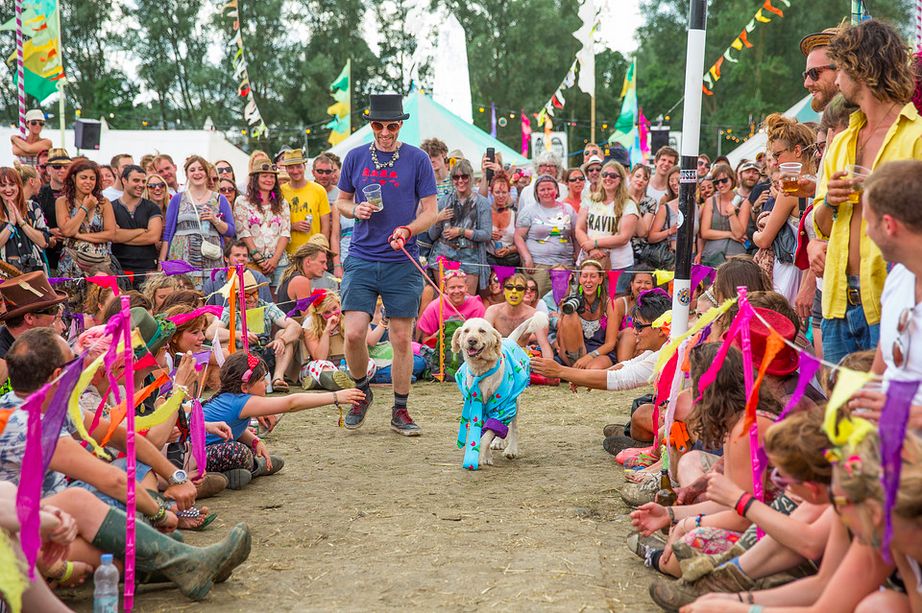 Since 2004, the UK’s Secret Garden Party has developed into one of the most forward-thinking and creative parties on the festival calendar. Previous themes include 2011’s "Standing on Ceremony" and last year’s "Childish Things." For 2016, they’re winding the clock forward and embracing their inner Douglas Adams with "The Gardeners Guide To The Galaxy." If you visit the website they’ve gone full future-industrial, asking visitors to "terra-form a new garden for the future" whilst adhering to a set of protocols that concludes with, "Spread love, this is a serious party." Get your space suits ready, people. 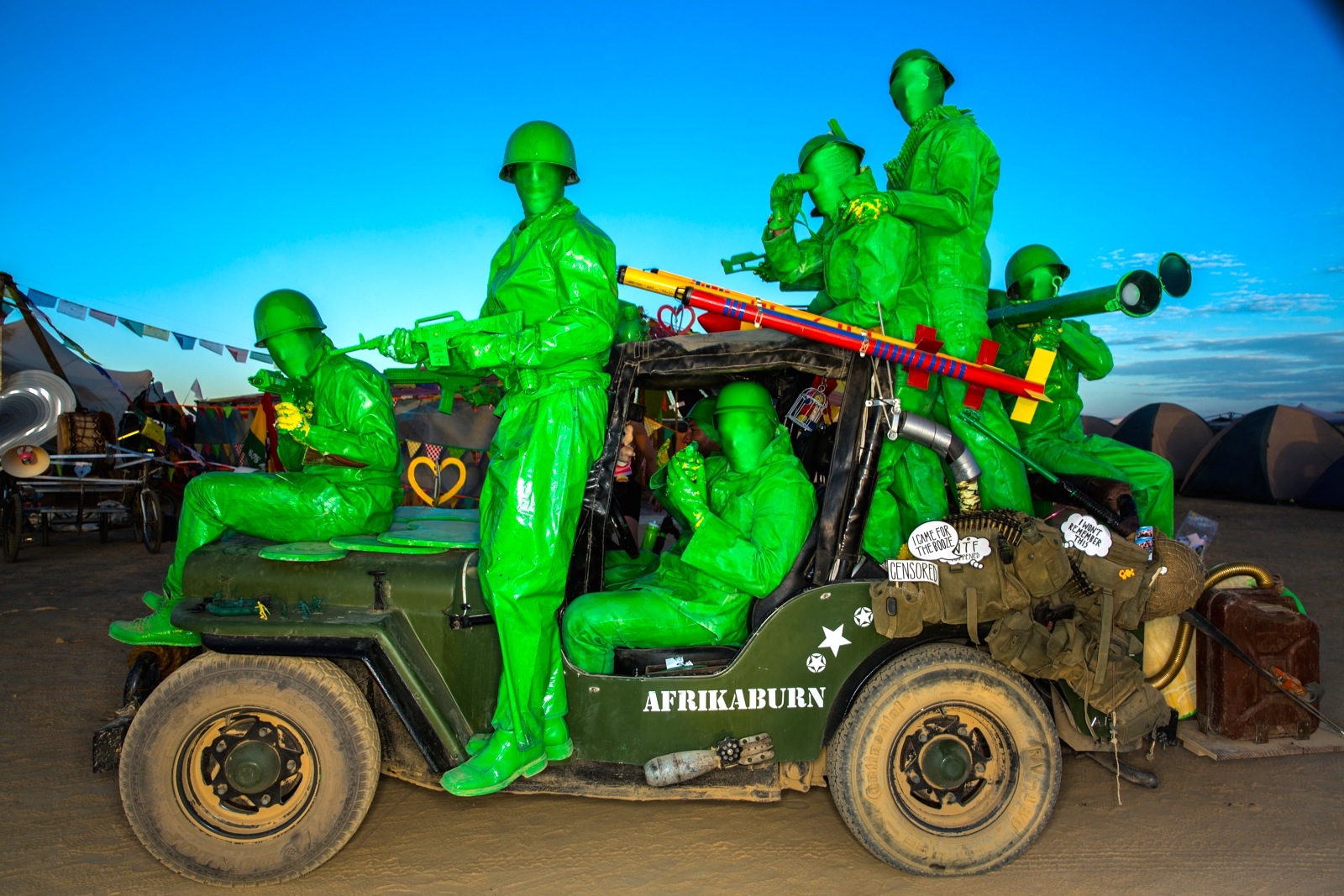 This year, AfrikaBurn, one of the most established regional Burns, celebrates a decade of love-strung looniness by embracing the theme "X" – the Roman numeral for ten. "X" also represents the completion of a cycle in the Tarot, and what the organizers are calling “the certain something, the unknown quantity of mathematics.” Cryptic? Definitely. But all of these twin rather nicely with any Burn’s penchant for the unpredictable and the infinite, as expressed through burners’ outlandish, creative and at times downright X-rated outfits.

For a decidedly "anything goes" vibe – especially when it comes to what you don each day and night – the wild and wacky Oregon Country Fair is it. Come the second weekend of July, along the sylvan banks of Oregon's Long Tom River, a mini Woodstock transpires. Topless lasses with flower-painted boobs cavort next to dudes in full Krishna regalia. White-haired ladies wearing wings of mossy branches sway beside 'shrooming Deadheads. Parades of belly dancers and giant puppets snake through the forest. Throngs of young dudes traipsing around dressed like various vegetables. The music is all over the place (in terms of both genre and locale), and the overall vibe is spot-on for the hippie, fun-loving crowd.

Though it's had a rocky past couple of years, Kazantip is a theme and concept in itself - a three week long self-proclaimed republic with presidents, parades and its own minister of happiness. The Crimean beach it domaintes is two square kilometers of pure party paradise, where summer lovers and creative souls unite to worship the sun, sand, and sexiness. This land has its own constitution, religion, and rules. You are definitely no longer in Kansas anymore — you have arrived at Kazantip Republic. There are waterfront bars, underground lairs, large-scale art installations, 24-hour music, and a series of rituals sure to keep you guessing and saying, “Where am I?” and “What does this all mean?”After an unsuccessful plan to relocate the festival from the banks of the Ukranian Crimea to Cambodia, the festival went ahead in nearby Georgia. Organizers have yet to reveal full details of the 2016 event, though have denoted it to be a "New Era." Because of thel hiccups last year, expect Kazantip to come back full-force, with its attendees going all out. The one thing to remember when concocting your costumes for Kazantip? Orange is the official color of this rogue nation.

Tomorrowland, an 180,000 person mega bash that takes place in the conveniently named town of Boom in Belgium, can claim to be the biggest dance festival in the world. As famous for its fancy dress almost as much as the music and stratospheric names on the lineup, this year they’ve decided to invoke an "Elixir Of Life" theme. We’re not entirely sure what means re: outfits, but, judging by how feverishly festival-goers attacked the similarly arbitrary "Kingdom Of Melodia" last year, we’re sure they’ll make the effort.

An outgrowth of Secret Garden Party , Wilderness began in 2011. With its high costs, lavish amenities and rarefied tastes, it might not be the most democratic of festivals, but it does offer a high-minded chance to play dress-up. Pack the pragmatics—wellies and flashlights—but don’t forget the fun stuff. This is definitely a festival where you will reap more fun with a well-assembled costume. What have you always wanted to be when you grow up? An English duke? A monk? A unicorn? Now’s your chance. The civilized vibe of the festival is nicely countered when corsets come off for some mass skinny-dipping sessions, or adult-themed theatrical performances. Nighttime delivers its share of debaucheries, as well — especially on Saturday night when the masquerade ball (held in a secret location in the park) ignites.

Since its debut year in 2010, Burning Seedhas embraced a number of diverse and high-minded concepts, including "Creation," "Synergy" and the portmanteau-tastic "MythConception." 2016 sees the fest journeying into the skies above with "Deep Space" which, in true democratic Burn style, was voted for by its festival-goers. Whether you want to embrace the deeper metaphysical associations of such a theme or, in the words of the organizers, use it as “a flimsy excuse to wear that hot space-chick outfit, ride ‘em space cowboy, or brandish your Star Wars nerdism with pride,” is up to you.

Reggae Sumfest’s themed nights are legendary, whether its International Night or Dancehall Night. By far the most striking is the White Party that takes place in Pier 1 on Montego Bay. Expect plenty of skin on show amongst the snow-coloured skirts and shirts, and be prepared to dance your ass into a new dimension.

Bestival can claim to be the festival that took themes and fancy dress into the mainstream, and this year they’re asking festival-goers to embrace "The Future." From the festival’s very first year in 2004, each Saturday has seen the site explode in a sea of hippies (2014’s "Summer Of Love"), Freddie Mercurys (2011’s "Pop Stars, Rock Stars and Divas") or pirates (2013’s "HMS Bestival"). When Rob da Bank said that “rather than just watching some bands and having some beer and burgers, we want people to be the show themselves,” we reckon he’s nailed why so many events now embrace a theme.

If all these futurist themes have you hunkering for something a little more traditional, then get yourself to Burning Man and take a stroll round "Da Vinci’s Workshop." The 2016 art theme going to focus on the republic of Florence and the Italian Renaissance of the late fifteenth and early sixteenth centuries. As a time of such rich scientific and technological innovations it will be fascinating to see how the population of Black Rock City reinterprets Leonardo’s work and mind for the burner generation.

What better excuse than Halloween do you need to dress up? Couple the holiday's penchant for total transformation, extend it to an entire weekend set in a gothic forest and throw in wild bouts of jam music and EDM, and you've got plenty of inspiration for your best Halloween costumes yet. After all, you will want to win the costume contest...and if you've got the best decorated campsite, the festival itself will award you with VIP tickets.