Until very recently there weren't very many music festivals in the Far East beyond cultural events. However, over the last few years there has been a surge in large-scale music events – all with awe-inspiring production, international lineups and community-based ethos.

This rise in events covers Japan and Singapore, and more surprising regions like Taiwan and China. Electronic music dominates, but there are pockets of mainstream, indie and folk, with many of the festivals using the opportunity to showcase local talent, which is of utmost importance. Here's Fest300's list of some of the most prominent events to have popped up in recent times... (Note: Some of these events have yet to announce their 2017 dates, but keep checking back for announcements) 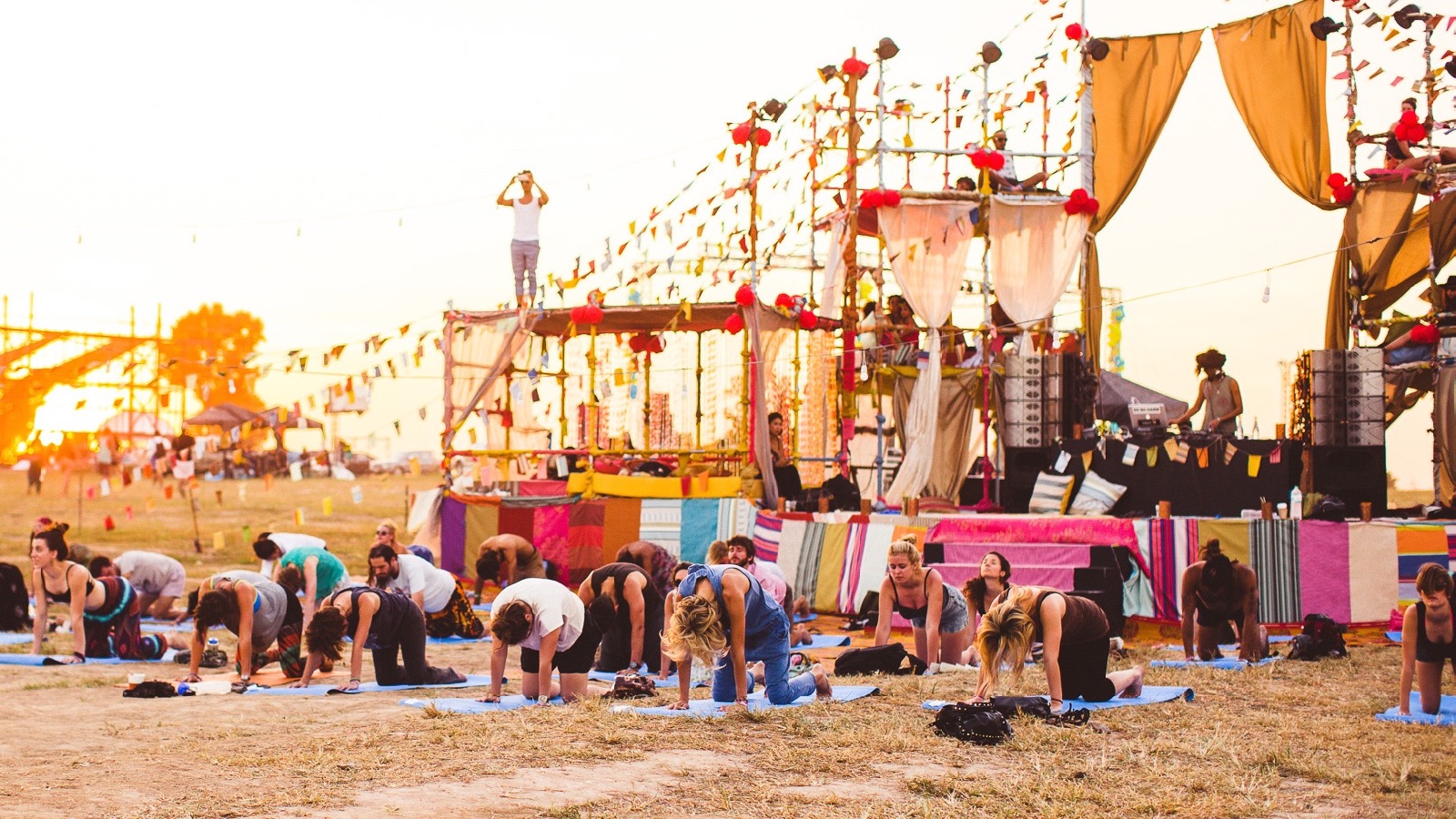 Started in 2014 in association with British festival experts Secret Productions, Wonderfruit is focused on music and arts, with sustainability and inclusiveness at its core. A plethora of well-known international musicians, both underground and commercial, appear each year and the festival (now under full ownership of the Thai production company Scratch First) has become one of the region’s most popular annual events. They had to cancel last year’s festival due to the passing of Thailand’s king, which sparked a year of national mourning, but they’re back in 2017 with Lianne La Havas, Norman Jay (MBE), Eric Volta, Kate Simko & the London Electronic Orchestra, and Nicole Moudaber on the international side of things, while acts like Srirajah Rockers, Noxro, Lustbass and the Bangkok New Orchestra among others reppin’ for the local talent. 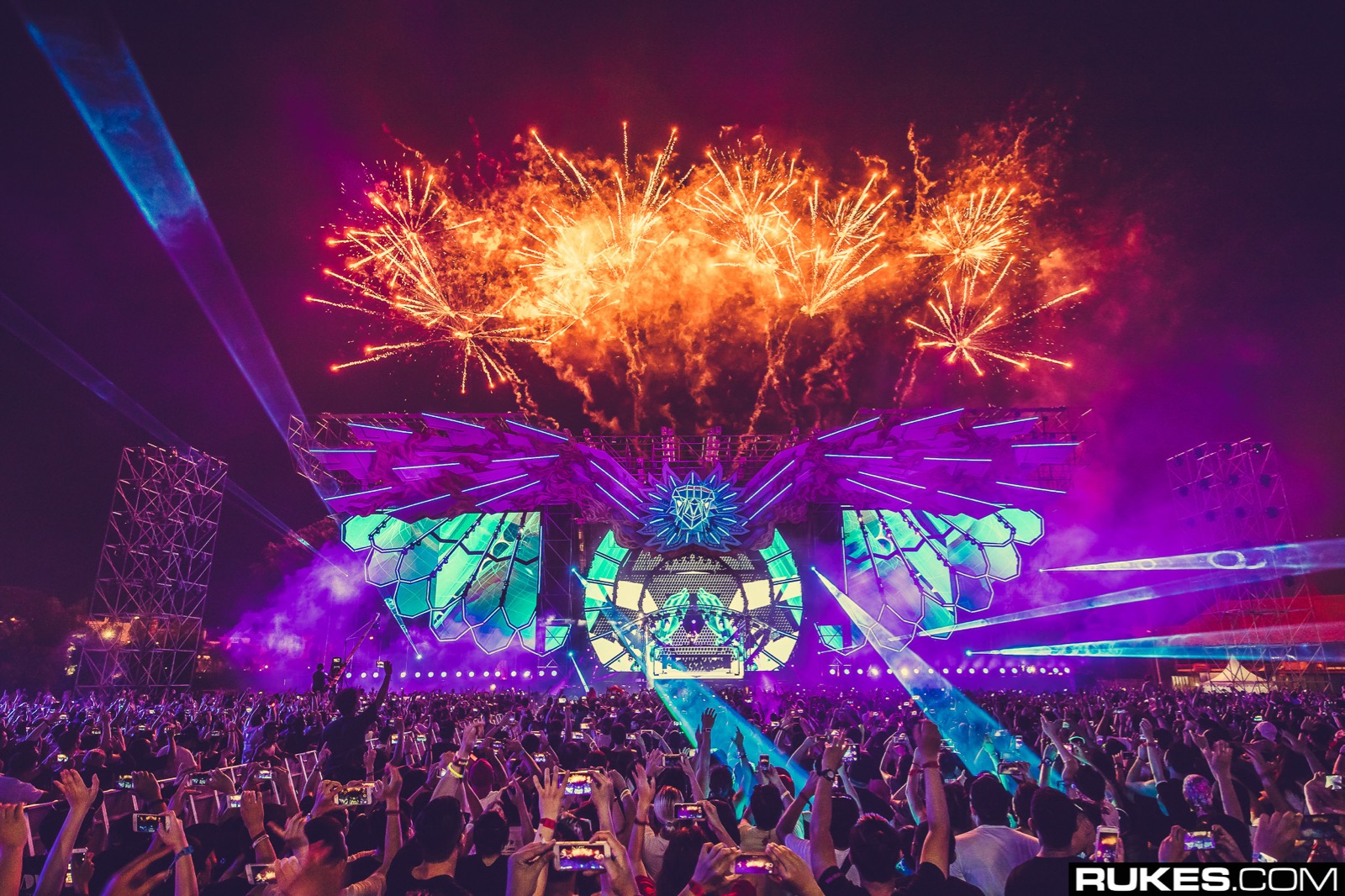 What started out as a 2,000-capacity warehouse rave has now expanded, eight years later, to a 90,000 strong, two-day dance festival at the JiExpo Convention Center. Per day it pulls in the biggest amount of punters of any Asian festival, all of them attracted by the stellar lineups  of international and local acts. You’d be hard pressed to find weightier names than their headliners for the last two years, with the likes of Hardwell, Carl Cox, Armin van Buuren, Major Lazer and Tiesto sitting pretty at the top of the bill. But scan down and names like Snakehips, Lost Frequencies and Trillions point to a lineup curated by discerning organizers who know a monumental rave needs artistry behind the decks.

The acts play across three vast stages, including main arena Garudha Land, which takes its moniker from the mythical bird emblazoned in the Indonesian coat of arms. The shenanigans last for 11 hours, from 5 pm to 4 am, and for those with superhuman stamina and a disdain for dawn, there’s also an afterparty at the Colosseum nightclub.

Running for 16 years, this Singapore-based event is one of Asia’s premier electronic music festivals. Zoukout forges close relationships with many of its headliners, who return year after year to play to audiences of up to 50,000. The list of superstars DJs who have appeared on the big stage at Zoukout is exhaustive and covers everything from deep, underground techno to chart-topping EDM – Richie Hawtin, Seth Troxler, David Guetta, Paul Van Dyk and Armin Van Buuren are among the talents who’ve been booked to play there. Thanks to its broad range of bookings, the festival attracts a wide array of locals and ex-pats from Singapore and surrounding nations, as well as some international visitors.

A brand new addition to Asia’s growing festival market, Epizode had its first, ahem, episode just this year. Held on Phu Quoc island, it is the brainchild of Russian promoters who pinpointed the idyllic location as the ideal place to invite an assorted cast of international underground players to come and spin deep, sultry sounds to a crowd of discerning party people. Their idea worked, and the first Epizode proved to be a hit, with a great turnout and impeccable weather. Phu Quoc is a paradise island with secluded areas, beautiful beaches and an environment that remains relatively untouched thanks to various rules and regulations that have kept parts of the island conserved. In conjunction with the excellent lineup and high-end production, Epizode should continue to be one of the best events in the region.

In Taiwan, electronic music has a home in Organik – a well-respected festival where truly underground DJs are the order of the day. This is a festival that is clear on its music policy, with little deviation from the classy techno that artists like Dorisburg and Efdemin supply. A serene countryside location is the spot for this one, with the sea just a short distance away. Be prepared for a warm welcome as locals mingle with international festies, while the music and weather provide the perfect backdrop to socialize, and get self-expressive. It may be a country that many of us would perhaps never have considered as a destination for a festival outing, but Organik is proof that Taiwan should definitely be on your radar.

A festival that has very little online presence and doesn’t invite journalists to review it? Sounds ludicrous, but it does exist. Labyrinth is one of these rare cases and, while not a complete secret, it remains shrouded in an air of mystique thanks to the magical stories that find their way into the public domain. Set in the earthy woodland around Niigata’s mountainous region, it was originally more trance-focused but now keeps things strictly on the techno tip with artists like Donato Dozzy (a resident for the event) and Mathew Jonson delivering spine-tingling sets to the crowd. Moments of sheer exhilaration, emotion and euphoria occur daily at the festival, which is truly one of the most special in Asia, if not the planet.

What makes Quest Festival Vietnam’s heart beat? An insatiable (and inspiring) appetite for discovery. Living up to its name, at the center of every part of Quest is, after all, an expedition or search for something. It’s a festival that is passionately active and self-sustainable due to the way it’s grown and maintained. While at Quest, which is located in Son Tinh Camp with the backdrop of Ba Vi Mountain, Questlings are invited to retreat to an ever-changing haven of artistic expression and discovery surrounded by water and cushioned by forest. Quest Festival Vietnam provides and celebrates three days of music, arts and interpersonal connections within and with nature.

While Quest’s music selections are pleasantly eclectic, their heart undoubtedly lies in the underground music scene, including genres such as dub, drum-n-bass, swing, psytrance, hip-hop, hardcore, and more. And like their creative concepts, their DJs are constantly evolving and providing the around-the-clock, 24-hour party to fully satisfy all of our dancing souls.

China’s biggest EDM festival has been running for four years now, and it certainly lives up to its title. With artists such as David Guetta, Chainsmokers, Skrillex, Dimitri Vegas & Like Mike, Helena Legend and many more of the cream of EDM’s top flight in attendance, there is a huge turn out year on year, with an estimated 25,000 revelers making their way to the Shendi Ecology Park where organizers have produced some dazzling stages with amazing lighting and earthquake-inducing sound systems. Just a few years ago there were no electronic music festivals at all in China, so it’s really a remarkable achievement to see how much prominence Storm now has.

Further south in Hong Kong, Clockenflap has been representing since 2008, with the team behind it (Jay Forster, Mike Hill and Justin Sweeting) aiming to nurture the arts and music scene in HK. The selection of musicians who appear every year is always interesting and places heritage acts alongside more contemporary chart toppers, bands and singers. In this way Clockenflap has a wider appeal, encouraging both young and old festies to pay a visit to see people like George Clinton, The Chemical Brothers, Blood Orange, Jimmy Edgar, New Order A$AP Rocky, Future Brown and local acts such as Subyub Lee, Life Was All Silence, Youngqueenz, Ocean Lam and many more. Their approach means that local musicians are more likely to be seen by festival-goers than they may have done otherwise. An international hook is often needed in regions like Asia to get people to attend and to showcase local talent.

This mammoth event more than lives up to its name, having grown into one the biggest outdoor music festivals in not only Thailand, but all of Southeast Asia. There are plenty of reasons why Big Mountain Music Festival’s (BMMF) crowds have gone from 20,000 at its 2010 debut to 70,000 at its 2014 incarnation. One of the most obvious is GMM Grammy, the corporation that puts on the fest while also controlling 70-80 percent of the Thai music industry by making major contributions to terrestrial radio, digital TV, and film.

There are nine stages erected for over 200 acts, which perform over the festival's jam-packed two days. But the vastness of those aspects pales in comparison to the fest’s greatest feat: its wide swath of local genres. Indeed, rock, pop, dance, indie, and electronica acts are all robustly represented, along with Thailand’s own Luk-Thung country music and the Moh-Lam folk songs that are a rich part of Southeast Asia’s heritage. And while the coordinators' boundless ambition makes for a world-class event, they also take care to ensure that Big Mountain promotes local acts. Indeed, the vast majority of the fest is comprised of Thai stars, such as 2015 headlining rock vets Bodyslam, beloved Chiang Mai synth-pop outfit Polycat, and ukulele wielding singer-songwriter Singto Numchok.

And for the very first time...

Launching in 2017 Colours Of Love is the brainchild of Guinevere and Lizz LaRouge, a spiritual and musical couple who held their wedding in Thailand last year. The event, which brought together their friends from all over the world, was so successful and had such a festive atmosphere, that they decided to host a proper festival on the same site this year. Focused on the communion of body, mind and soul, Colours Of Love seeks to encourage active self-expression, to hold space for people to journey inwards and share their love with the fellow humans and other living creatures. It will be colourful, bold, serene and full of wonderful music.