Once a purely European phenomenon, the concept of festival season has been wholeheartedly embraced by American music fans over the past ten years. As more and more fests spring up in even the most remote corners of the country to stretch well beyond the summer months, there are multi-day music events for fans of virtually every sound and size. And with this festival explosion, there are now events that cover every imaginable musical genre, from the live music festivals that celebrate pop/rock/hip-hop/jam bands, to transformational festivals tinged with electronic music, to massive EDM gatherings. This list puts a spotlight on the live music festivals that continue to dominate the festival landscape, as well as the rising stars poised to make ripples in the scene.

Here are a dozen events that stand out among the best of this year's lot and promise a sonic bang for your hard-earned buck.

Okeechobee Music and Arts Festival, Florida's newest and biggest camping festival, is about to hit its milestone first year on the scene and is already gathering major buzz, thanks to the pedigree of its lineup and creators. The multi-genre bill itself boasts over 80 artists, bands and DJs – like recent Grammy stars Kendrick Lamar and Skrillex, as well as Mumford & Sons, Robert Plant, and Bassnectar, and way more – and an infrastructure and program conceived by the veteran forces behind Bonnaroo's legendary SuperJam, which means there will be epic, once-in-a-lifetime collaborations between artists (one between Miguel, Arcade Fire's Win Butler, and John Oates of Hall & Oates, among others is already announced) called the PoWoW! A Live Superstar Mashup, and a dialed-in festival experience awaiting festies who are hungry to kick off their festival season with a bang. 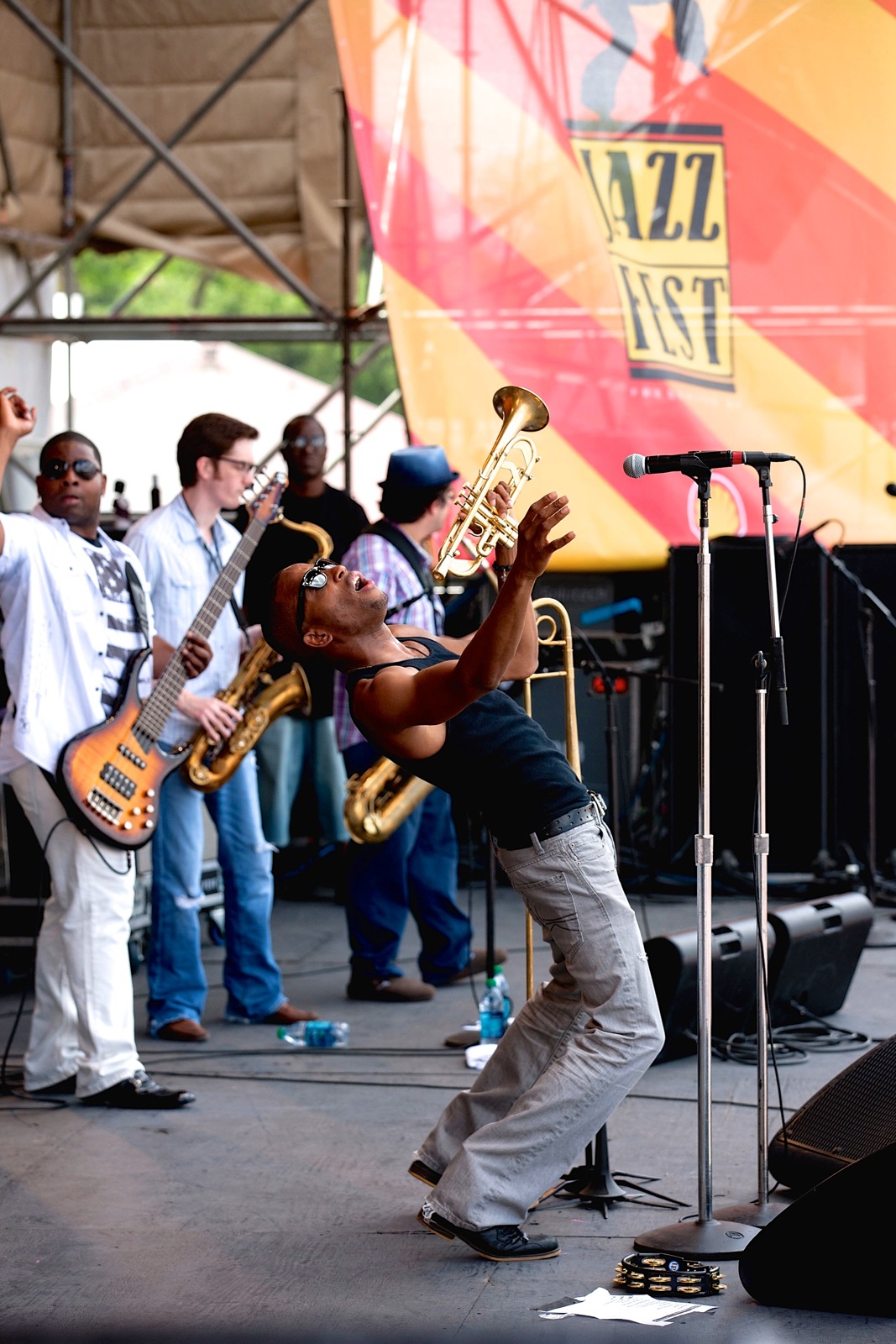 This massive, seven-day festival celebrates the long legacy of music in New Orleans, featuring an incredibly diverse lineup that covers an impressive range of sounds (the 2016 lineup includes Stevie Wonder, Pearl Jam and Van Morrison). Spread out over a dozen stages and two weekends, the event highlights the city’s wealth of food and culture as much as the music, creating an immersive event with something for just about everyone. It’s among the country’s biggest music events and a major player on the New Orleans cultural scene, even rivaling Mardi Gras by pulling upwards of 500,000 people over the course of the festival.

Launching in 2008 as the Austin Psych Fest, this annual three-day event at Carson Creek Ranch was rechristened in 2015 as Levitation in part as homage to local legends, The 13th Floor Elevators (who reunited for that year’s show), and to expand the fest’s scope beyond the initial psych-rock focus. That widened lens brought a panoramic lineup in 2015, including DIIV, Tame Impala, and The Jesus and Mary Chain performing their iconic Psychocandy album in its entirety. 2016 will find Levitation really broadening its horizons, with a power-packed and mind-bending bill featuring the likes of Brian Wilson (performing the Beach Boys’ iconic Pet Sounds LP in full), Slowdive, Flying Lotus, Shabazz Palaces, Lee “Scratch” Perry and Sunn O))). 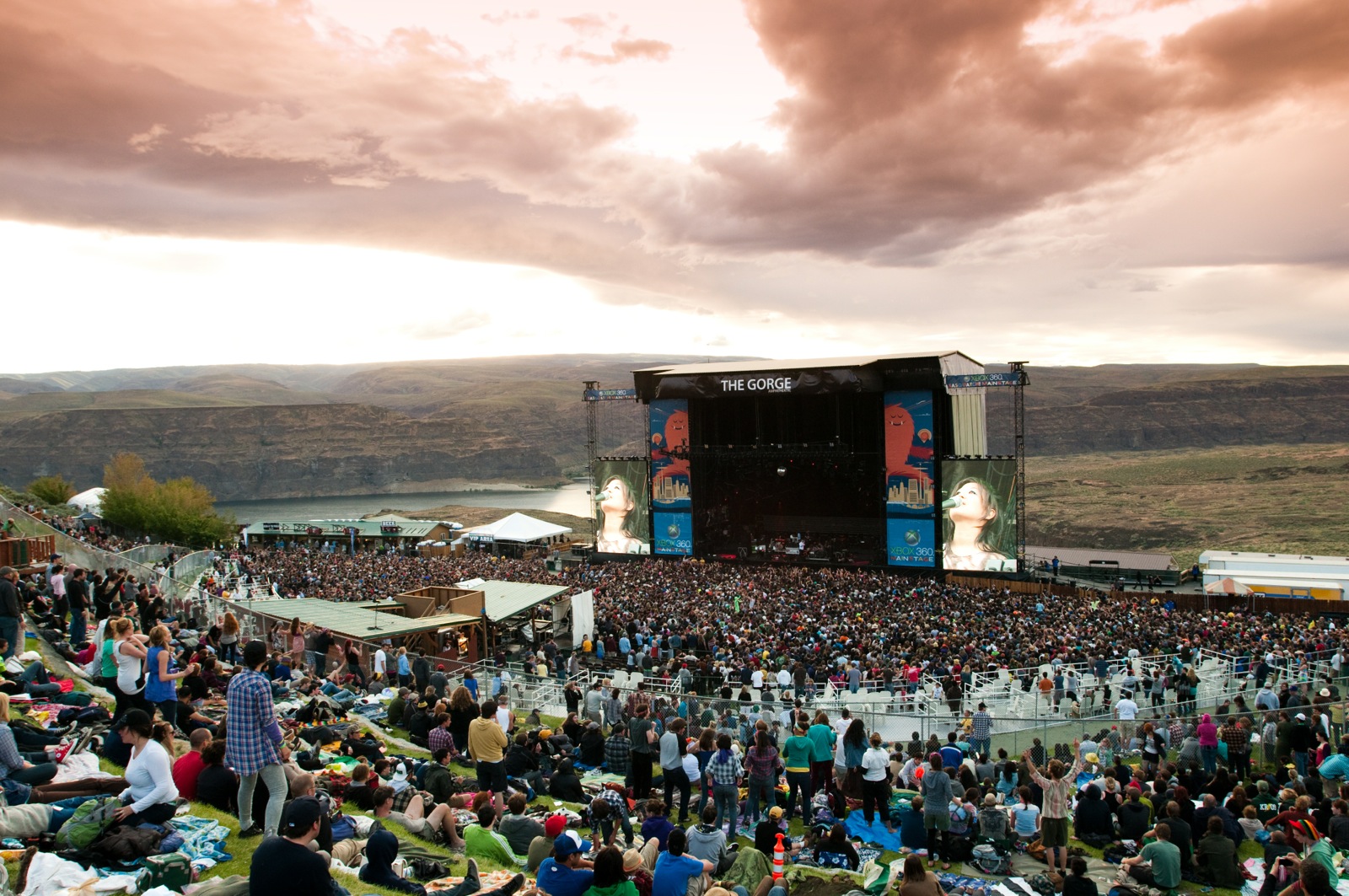 Indie rock fans of the great Northwest no longer have to travel out of the region for their festival fix, thanks to the emergence of Sasquatch! Set in the gorgeous natural amphitheater venue The Gorge, a capacity cap of 20,000 maintains a boutique festival feel even with A-list heavies like A$AP Rocky, Florence and The Machine, Disclosure, and The Cure topping 2016's bill. Parking is included in the ticket price, and for fans ready to rough it over the four-day Memorial Day weekend, camping (supplemented by those insane views) is available. Comedians are also prominent in the lineup, blending laughs between the riffs and beats.

Another relative newcomer to the American music festival scene, Shaky Knees sets up shop in downtown Atlanta’s Centennial Olympic Park & International Park for three music-filled days. The location makes it easy for attendees to soak up the city when not onsite taking in the rock-leaning lineup across the show’s five stages. 2016 headliners include Jane Addiction performing the Ritual de lo Habitual album and My Morning Jacket.

The ‘Roo is something of a throwback festival, ensconced deep in Tennessee not far from the border of Alabama. Massive in scale, this down and dirty four-day event caters almost exclusively to campers who turn the grounds into a veritable city that never sleeps, with an attendance that regularly hovers in the range of 90,000-100,000 fans. Expanding beyond its initial reputation for jam bands, the fest regularly rolls out an eclectic lineup that ranges from Pearl Jam to Dead & Company to LCD Soundsystem, without losing any of its down-home appeal. And of course, the festival's legendary SuperJam never fails to make headlines. 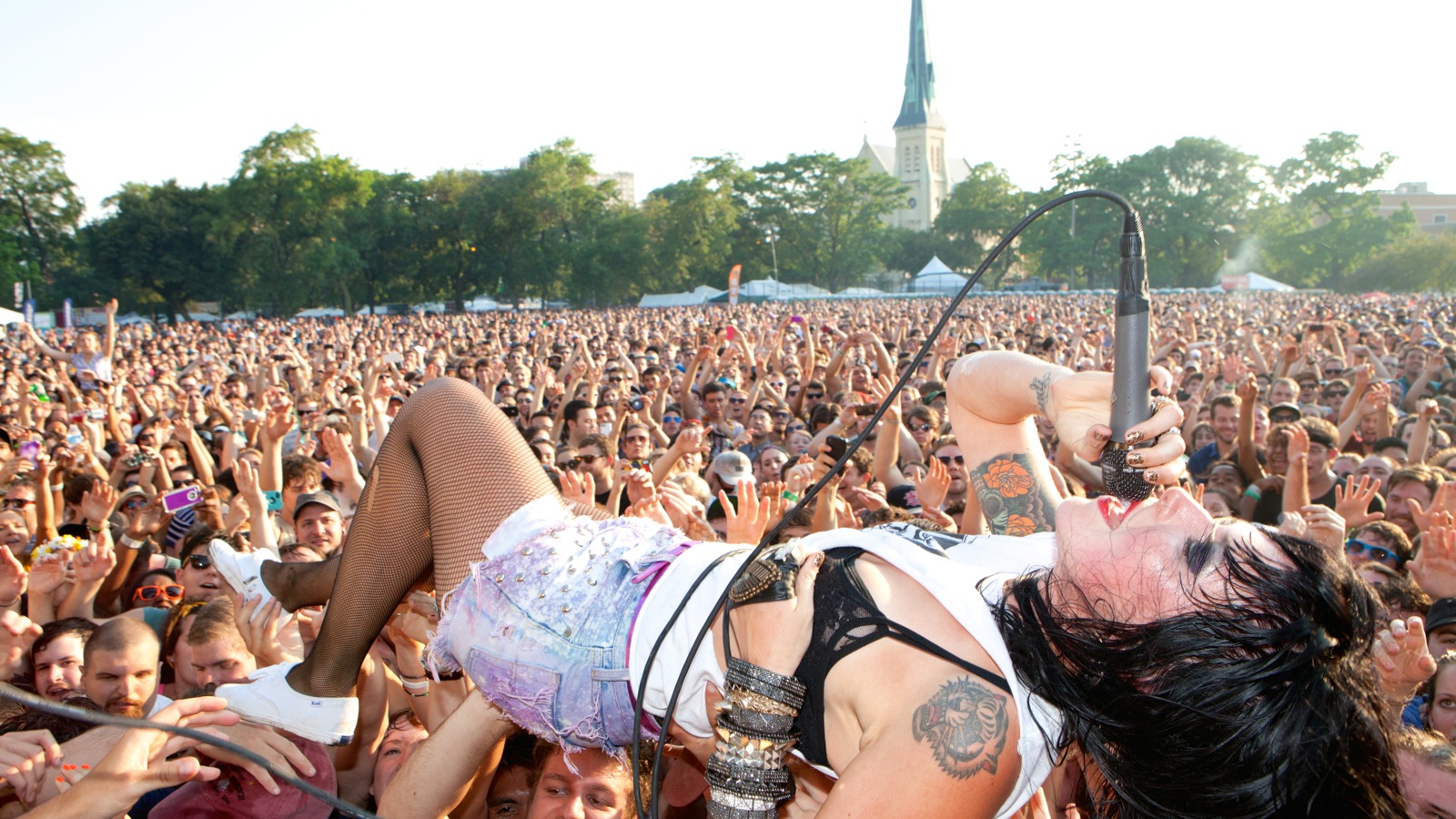 Built on the back of the influential Pitchfork website, the namesake festival in the site’s home base of Chicago expands the brand by showcasing artists reflective of the editorial vision. Young, new and decidedly now is the directive, with a nod to the artists who laid the groundwork for the current indie scene (the 2015 bill included pioneering acts Sleater-Kinney and Wilco among the headliners).

Having conquered the West Coast while establishing itself as the premiere American fest of note with Coachella, event promoters Goldenvoice have set their eyes on the East Coast with the advent of a new three-day festival, Panorama. With the idea of bringing Coachella’s breezy, all-encompassing lifestyle vibe to the Big Apple, Panorama has already ruffled the feathers of the independently produced Governor’s Ball by utilizing the same space (Randall’s Island Park) and scheduling the show less than two months later. With recently reunited NYC icons (and Coachella 2016 headliners) LCD Soundsystem scheduled to top the inaugural Panorama event, said booking would give the new fest a decided leg up in the East Coast festival scene. Given Goldenvoice’s booking muscle, Panorama is sure to boast a top-tier lineup that will make it a serious contender straight out of the gate.

This jewel of a festival set in the cool confines of Golden Gate Park encapsulates San Francisco’s eclectic cultural and musical legacies to create one of America’s most attractive and welcoming concert events. Outside Lands always boasts marquee headliners (think Elton John, Stevie Wonder, Arcade Fire and Metallica in year's past), the cream of San Francisco's local scene, and always has a wide-ranging undercard of hip-hop, EDM and indie rock over five stages. Any downtime can be used to indulge in a host of amenities, including food from some of San Francisco's famed local eateries, as well as the self-explanatory Wine, Cheese and Choco Lands areas.

Indie rock rules at this two-day fest in downtown L.A. Packed with the latest and greatest in cutting-edge indie acts, FYF has heightened its profile considerably by scoring bigger and bigger headliners over recent years, including Morrissey and Kanye West (who stepped in after a last-minute Frank Ocean cancellation) in 2015. Despite the heightened profile, FYF makes a point of showcasing emerging and more underground artists across its stages. Set across the sprawling Exposition Park on the campus of University of Southern California, FYF has established itself as one of SoCal’s premiere music fests and a strong barometer of what’s now and what’s next.

While Austin City Limits is still the big boy in town, Fun Fun Fun has rolled out a more indie-leaning and eclectically curated music festival in Austin, Texas. With a 2015 lineup that featured rock legacies Cheap Trick and Venom, alongside emerging stars Grimes and ODESZA, FFF has quietly grown from 11,000 attendees over the two-day weekend in 2009 to more than 50,000 at last year’s expanded three-day event. Situated in downtown Austin, Fun Fun Fun’s traditional position towards the end of the year gives music lovers something to look forward to long after the summer has ended.

This brand-new two-day December event aims to bridge the space between music and digital art. Day For Night launched with a bang in 2015, showcasing an inspired lineup that featured Kendrick Lamar, New Order, Death Grips, Flying Lotus and pioneering classical composer Philip Glass, all spread across three performance stages. Concurrently, attendees took in more than a dozen interactive art installations that played on the concept of light, laid out in a pair of warehouses and a separate gallery outfitted with the works of such artists as Casey Reyes and Markus Heckmann. This burgeoning festival is an ambitious undertaking that thrilled first-year fans and has set a high bar to meet when it returns in 2016.

Northern Florida comes alive for Halloween with this heady, three-day festival that takes over Live Oak’s beautiful and woodsy Spirit of the Suwannee Music Park. The show rolls out a cross-cultural mix of jam and funk (with the String Cheese Incident always dominating the headlining slots) bands next to more expansive-minded electronic acts, hip-hop, bluegrass and more. In 2015, this mix included Pretty Lights, STS9, Chance the Rapper, GRiZ and String Cheese Incident. With ample camping space, art installations and multiple stages, costume contests, spooky decor hanging from trees, and art direction from Electric Forest's creative team, it’s a fully immersive experience that in just three years has grown to more than 21,000 attendees.