The summer festival season has come and gone once again, yet here you are with a festive spirit itching for more. While it was jam-packed with juggernauts that people often buy tickets to the winter before, you'll need something to tide you over until next year. Behold, a list of eight festivals that should be on your radar as 2018 comes to a close: 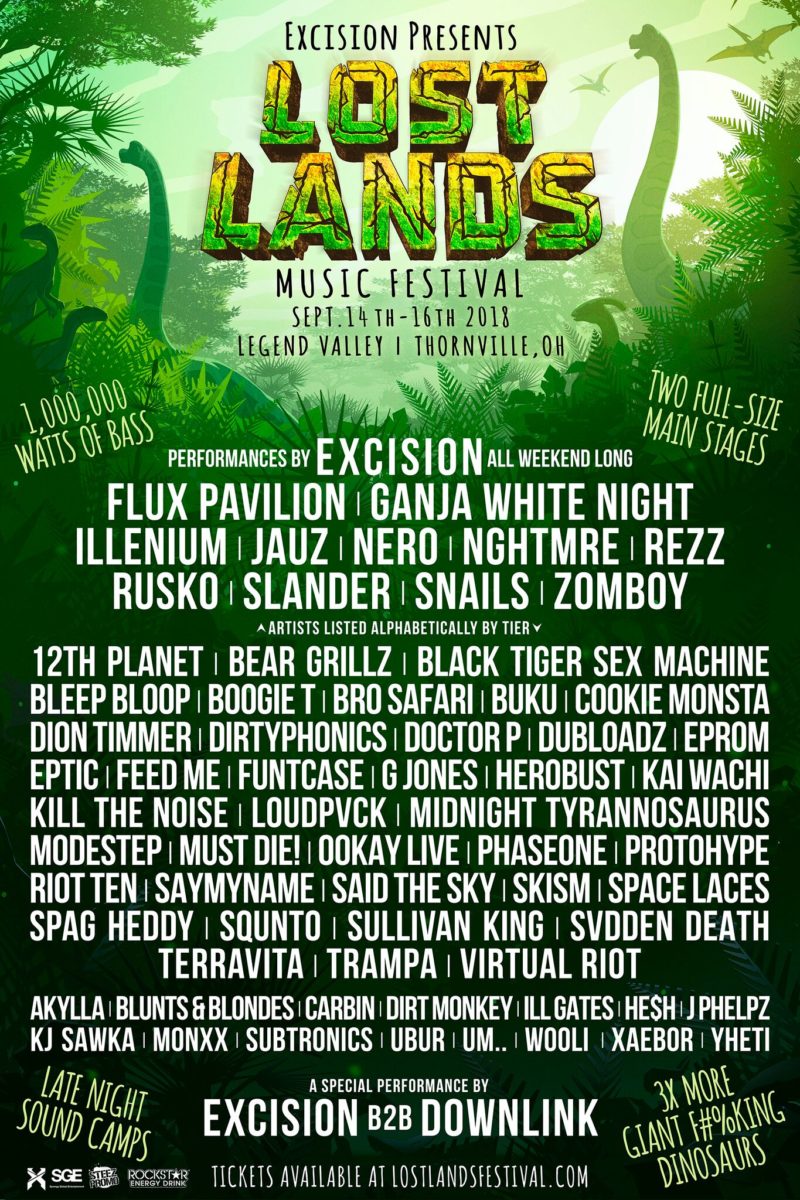 Curated by Excision himself, this prehistoric throwdown is a bone-crushing celebration of bass music with 1,000,000 watts of bass blasting from two massive stages. It’s also the only festival on this list with molten volcanoes and life-sized replicas of dinosaurs towering over legions of headbangers. This is the closest you’ll ever get to throwing down in the Mesozoic Era, but make sure you pack some earplugs to avoid permanent ear damage. 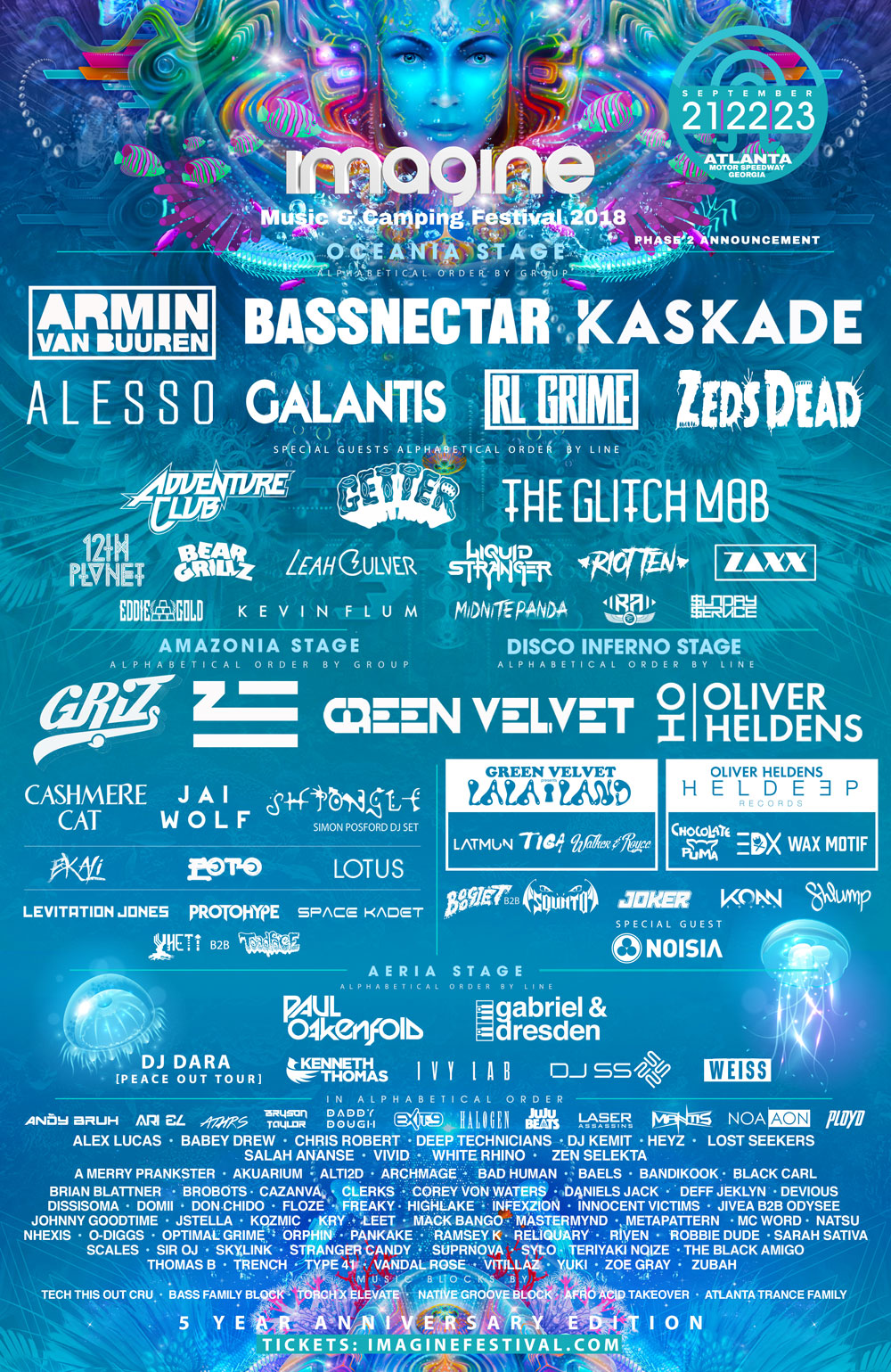 Atlanta is often associated with crunk music and is sometimes referred to as the capital of hip-hop (debatable!). It even had a thriving country music scene in the early-to-mid 1900s. Now it’s home to Imagine Music Festival, which has quickly emerged as one of America’s hottest electronic dance music events. Held at Atlanta Motor Speedway, the festival boasts an aquatic fairytale theme with the likes of Bassnectar, Galantis and Green Velvet set to crush it across several stages.


There is beauty in ourselves and all around us, even in Sin City. Life is Beautiful offers a more comprehensive experience compared to the rest of this list because it’s not purely a music festival. Sure, its lineup is stacked with names like Florence + The Machine and Odesza, but it never forgets that there’s more to life than jamming out to your favorite artists in a sea of festies. You see, life is beautiful in virtually all facets, and the festival brings this fact to the forefront with gut-busting comedy acts, mouth-watering culinary experiences and mind-blowing art installations and wall murals. All of this takes place over 18 city blocks in the heart of downtown Las Vegas.


It may be early fall, but that won’t stop thousands of hardcore Dirtybird label fans from descending on Waterford, California, to soak in retro summer camp vibes. Think archery, potato sack races, tug-o-war, s’mores around a blazing campfire and all kinds of wacky activities you haven’t done since grade school. Beyond the classic summer camp experience, Dirtybird Campout doubles as a transformational music festival with house and techno favorites such as Claude VonStroke and hip-hop legend Big Daddy Kane. If you’re forever a kid at heart, then you can’t go wrong at this funky, fun-as-hell adult summer camp/music festival. 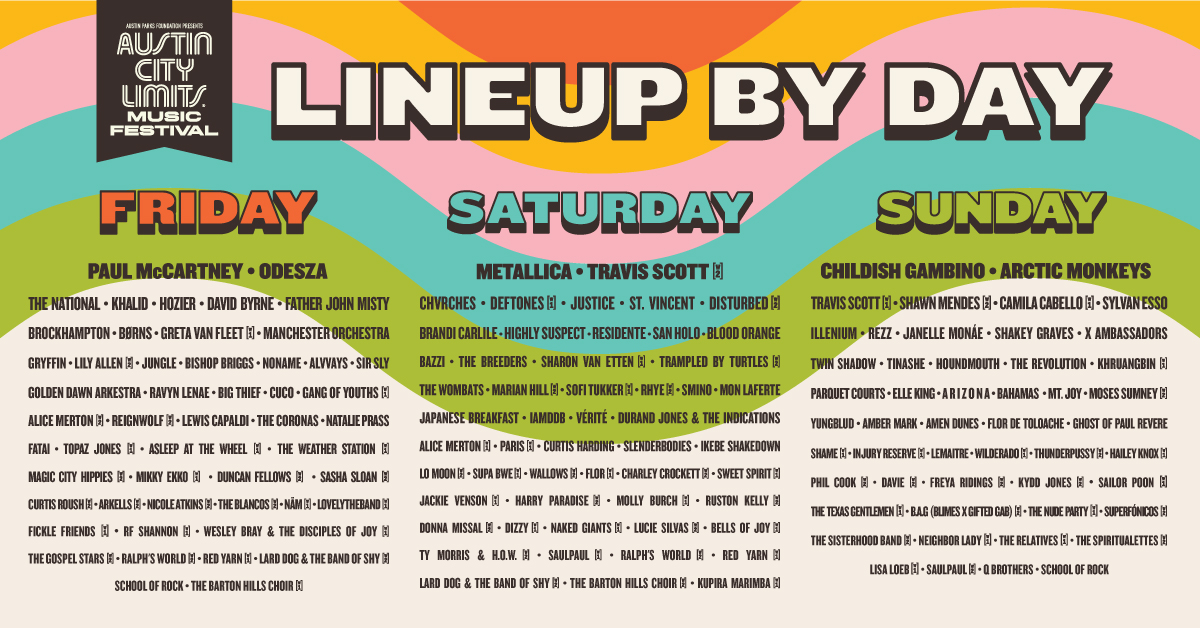 Everything's bigger in Texas, including its festivals. Austin City Limits is a music festival through and through, taking over Zilker Metropolitan Park for two weekends every year with more than 130 bands across eight total stages. There is very little difference in lineup between both weekends, so you’ll have two chances to watch legendary acts like Paul McCartney and Metallica shred on the main stages. However, if you aren’t from the South, the only problem you might have is the Texas sun, which may still be oppressing enough to make you melt.

Buy tickets & earn rewards for Weekend One and Weekend Two through Everfest! 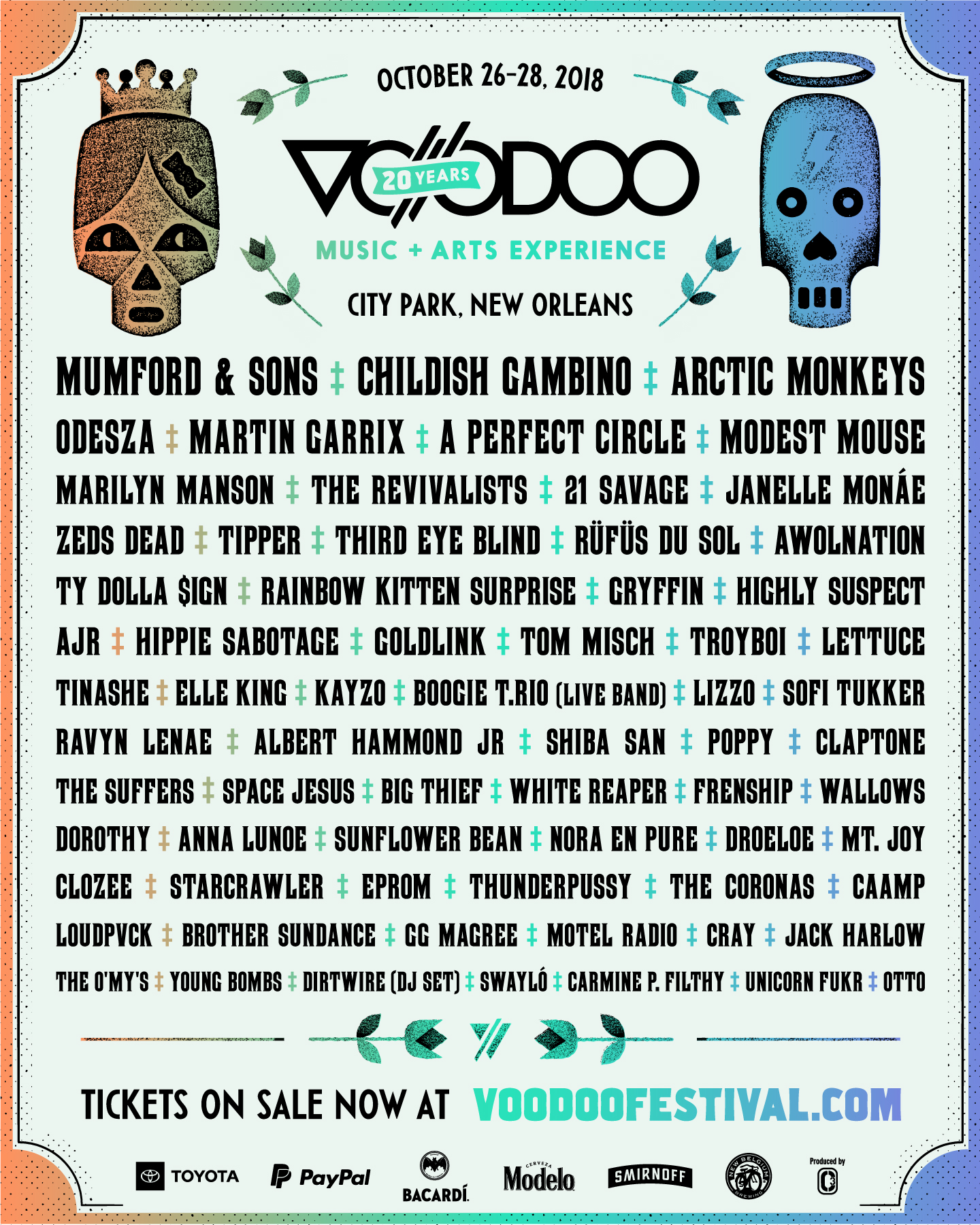 New Orleans maintains a celebratory spirit all year long, but right around Halloween is when the city cranks the shenanigans to a 12. House parties have nothing on wicked art installations, glow-in-the-dark carnival rides, local cuisine and a star-studded lineup with renowned acts like Childish Gambino, Arctic Monkeys and Marilyn Manson (yes, the Antichrist Superstar himself!). Also, we can’t forget to mention the swath of scary and sexy costumes you’ll notice lurking around the festival grounds. Coachella’s massive influence on festival fashion is almost completely absent here and is one of the few times of year it’s socially acceptable to wear blood-soaked clothing to a mainstream music festival. 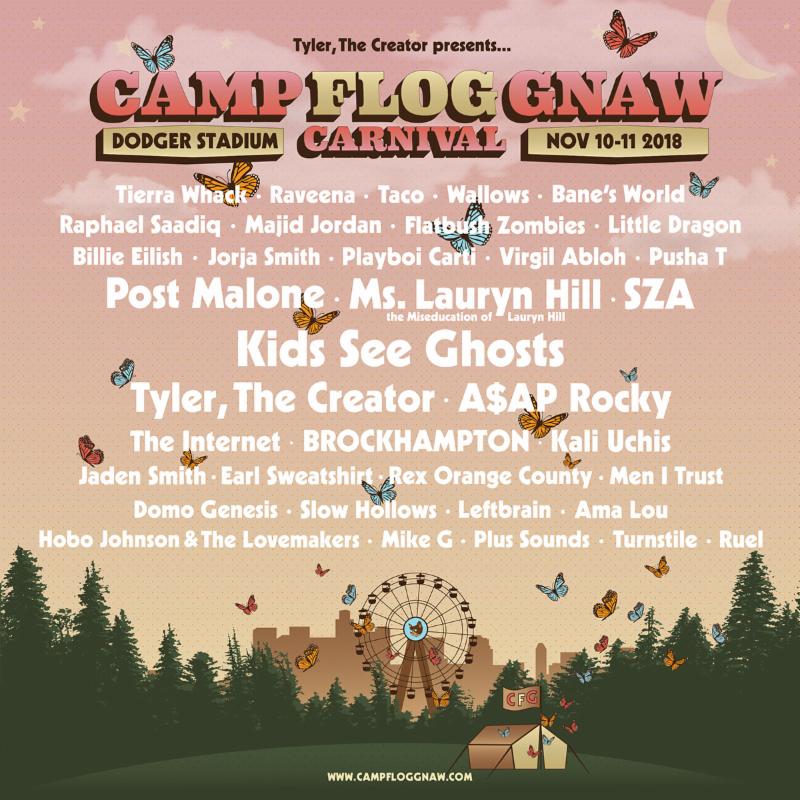 Former OFWGKTA frontman and internationally touring rapper Tyler, the Creator brings the seventh Camp Flog Gnaw Carnival, a music festival-carnival hybrid he created back in 2012. Of note this year, besides a headlining performance by Tyler himself, is the debut live performance of Kids See Ghost, a new hip-hop duo consisting of Kanye West and Kid Cudi, since releasing their eponymous album earlier this summer. And, of course, there are loads of custom carnival rides and games scattered around Dodger Stadium in Los Angeles. 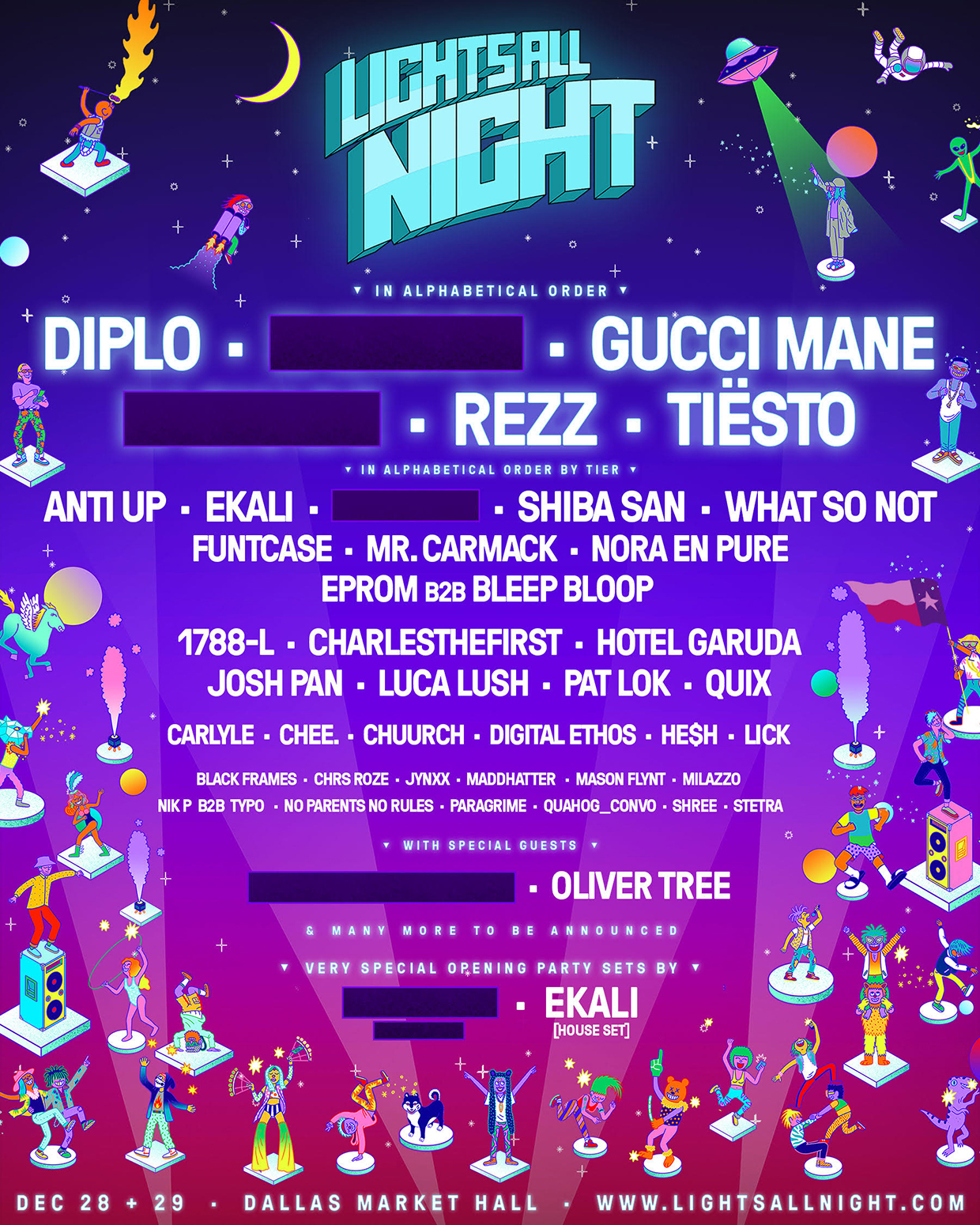 You’ve shoved an ungodly amount of holiday food down your gullet, and now it’s time to go out with a bang. Lights All Night is one of the premier end-of-year parties, bringing a jaw-dropping lineup of world-class EDM and hip-hop artists, kaleidoscopic art installations and insane production values to Dallas Market Hall. If you want futuristic vibes and nonstop dancing on 200,000 square feet of dancefloors, you can’t do better than this.