All Your Questions About Fly Ranch, Answered

The news that Burning Man had bought the Fly Ranch was greeted with much rejoicing, and some skepticism and conspiracy theories in the Burner community. When we heard the news that the Burning Man Project had acquired Fly Ranch, a magical undeveloped, 3,600-acre landscape with hot springs and geysers that resembles the wild-west-meets-planet-Mars, many Burners wondered what Burning Man was up to. Would this be Burning Man’s new permanent home? Can we get involved with these elaborate new plans for Fly Ranch? Or are the suspicions true that Fly Ranch be kept as a members-only, turnkey getaway for the 1% Burners?

We reached out to Burning Man to get some answers on the fly.

“There may not be anything quite like the adventure we are embarking on,” said Zac Cirivello, Media & Communications Specialist for Burning Man. “This is a land project unique to Burning Man just as Black Rock City is pretty unique to the world of events.”

Will Burning Man Be At The Fly Ranch From Now On? 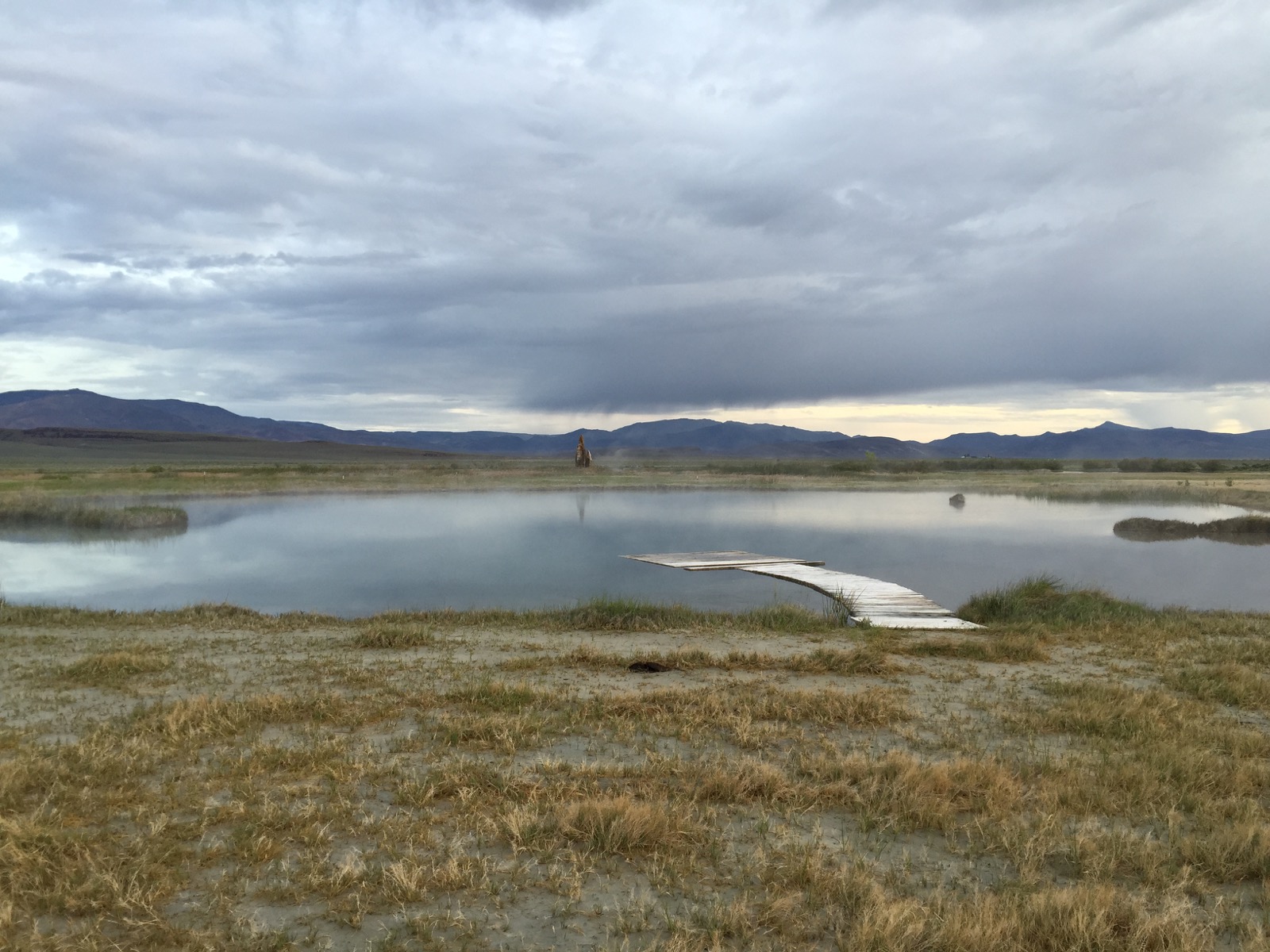 “Black Rock City won’t be moving to Fly Ranch,” Cirivello told Fest300, explaining that the weeklong Burning Man festival itself will not be held on the newly acquired property. While Burning Man was on the Fly Ranch site back in 1997, this geologically unique landscape cannot sustainably support 68,000 Burners.

“The property is not suitable for the size and scope of Black Rock City as we now know it,” according to the Burning Man Fly Ranch FAQs. “The potential of the Fly Ranch Project is strongest during the other 51 weeks of the year.”

When Can We Go To The Fly Ranch? 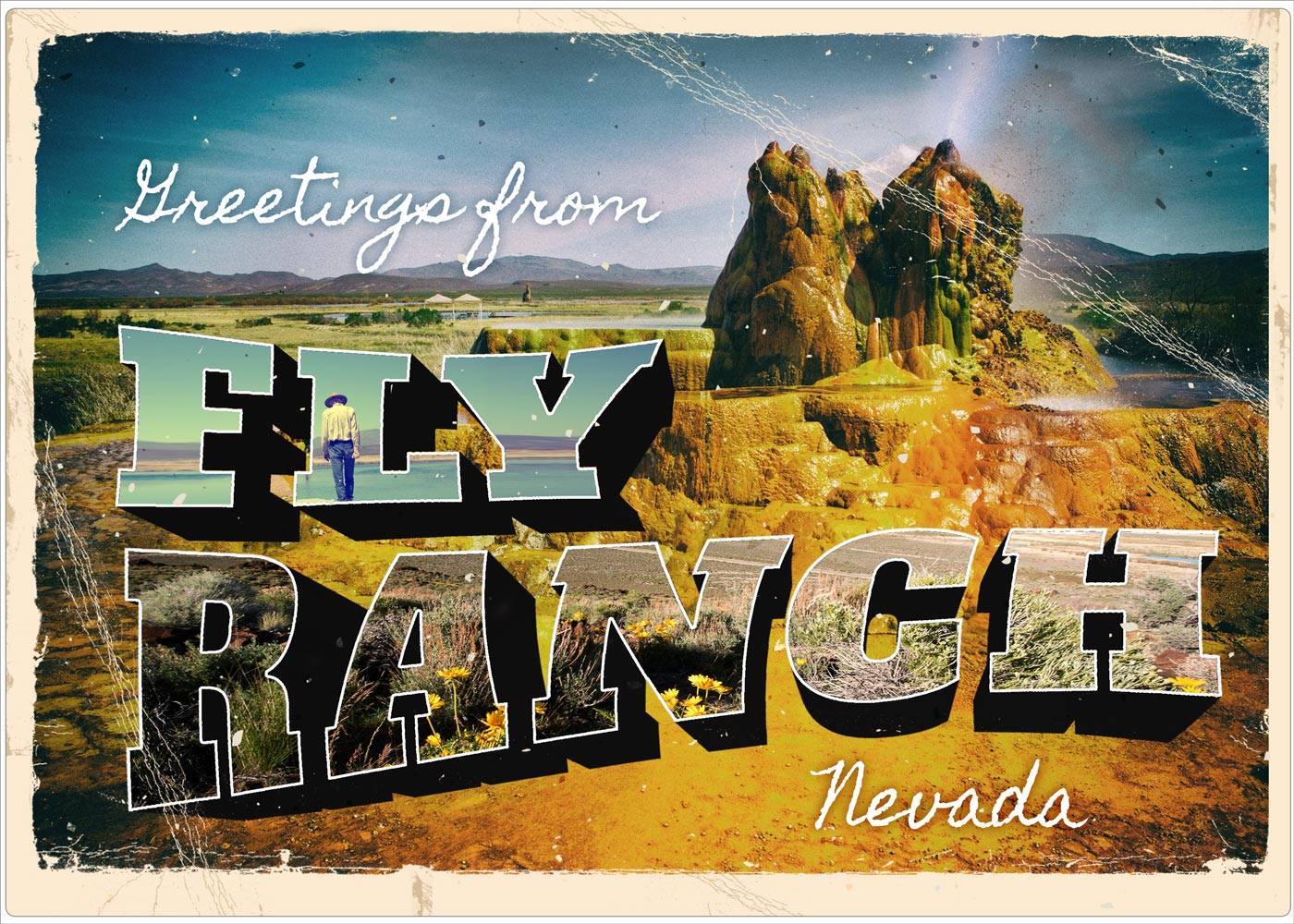 Burners cannot visit the area now. It is currently fenced off by a locked gate with steel spikes on top, installed by the property’s previous owner. For reasons of safety and sustainability, Fly Ranch is not accessible to the public and Burning Man has to overcome many challenges before opening it up.

“Perhaps the greater challenge is the visioning itself,” Cirivello told us. “Of all the possibilities, what purpose would this land best serve? Before knowing what is needed, we need to spend some serious time thinking about what that vision is. Even this process could take years.”

So What Is Burning Man Going To Do With Fly Ranch? 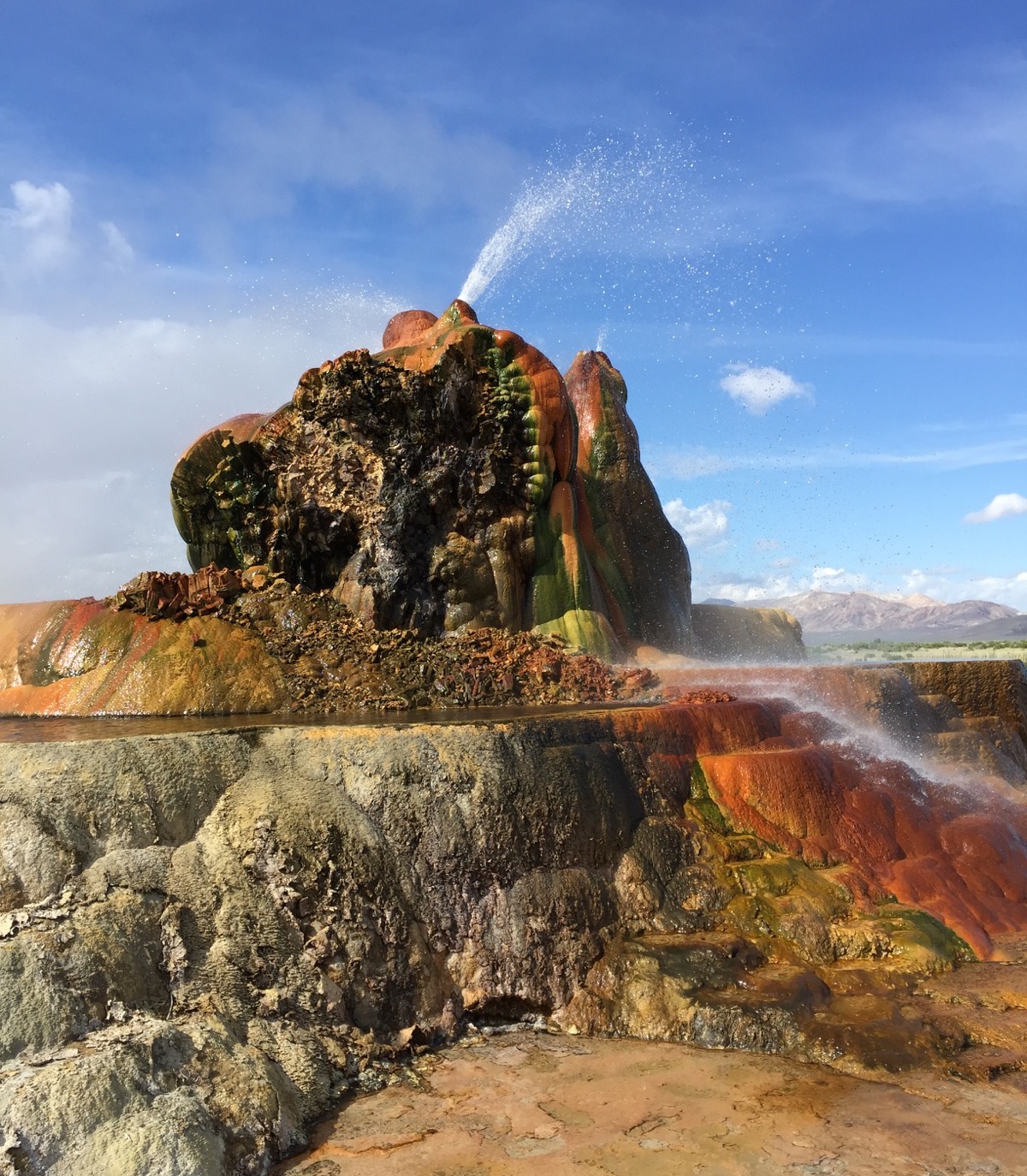 Fly Ranch might be used for gatherings and events, not unlike Burning Man Regionals. The Fly Ranch FAQ also expresses a desire to install large-scale outdoor sculptures, and to “experiment with shelter, energy, environmentalism, new models of living, working and governance, and other innovations that could drive social change.”

“One of the greatest advantages of Fly Ranch is that we have the benefit of time,” Cirivello said. “We get to consider things on a much longer timeline than the one week of Black Rock City.”

And the property has much, much more to offer than that dusty alkali flat we call The Playa. “There are nearly 4,000 acres to consider at Fly Ranch – six square miles of potential stretching over a variety of terrains, including a little piece of playa,” Cirivello explained. “The land has a pretty cool history. Fly Ranch was first homesteaded in the late 1800s by the son of Louis Gerlach, for whom the town of Gerlach was named. Also, during the 1800s the property was home to the local post office just in case you needed to send a letter and wanted to go for a dip.”

Will We Be Able To Go For A Dip In The Fly Ranch Hot Springs? 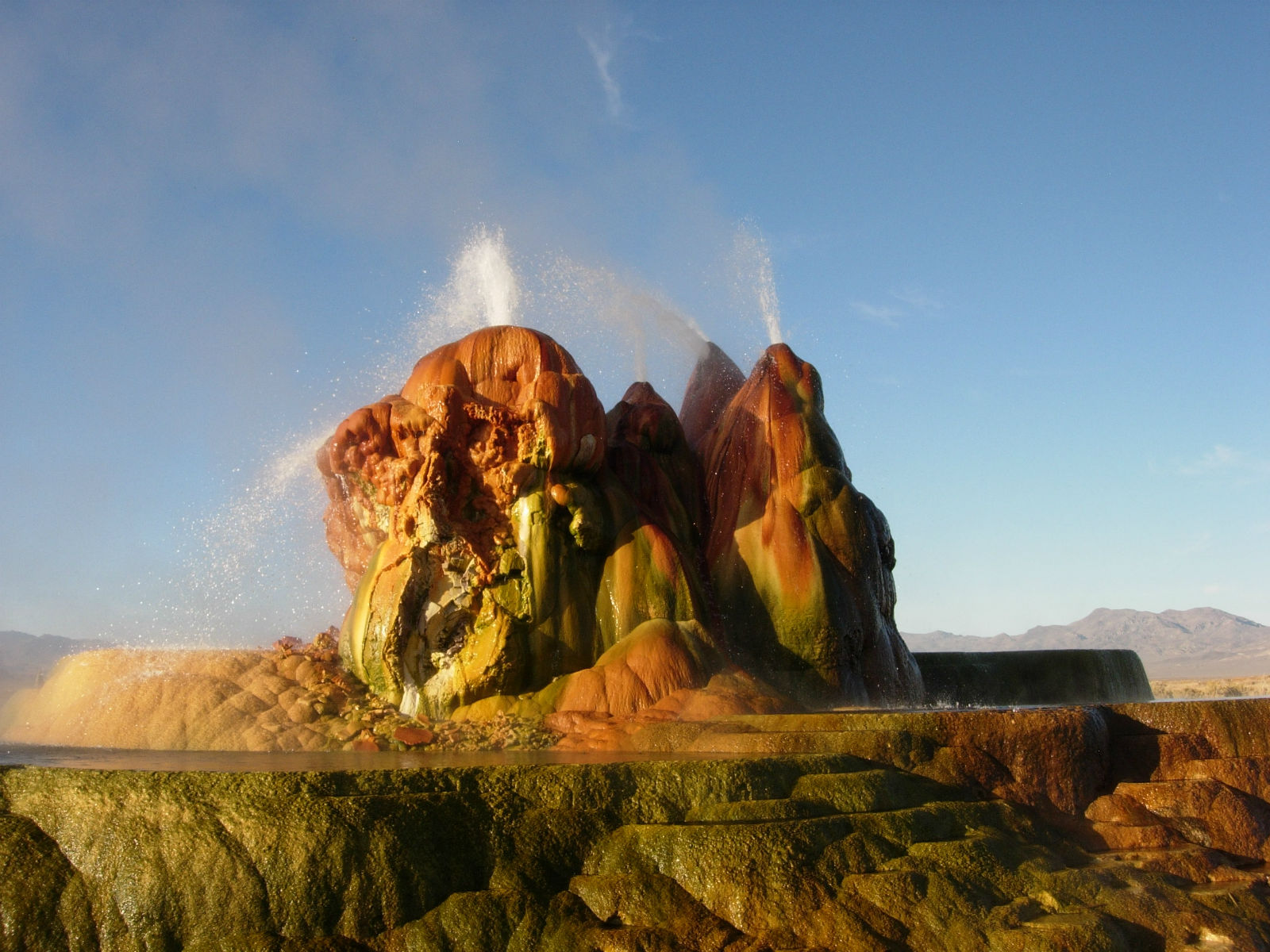 It sounds like we will! Just not anytime soon.

“Burning Man Project’s intention is to make the land, including the hot springs, accessible in a sustainable way,” Cirivello told us. “We’ve got a lot of work to do before that’s possible, but we certainly hope to make it more available than it has been in recent years. However, it cannot be said enough: the land and hot springs will not be accessible before or during the Burning Man 2016 event.”

Who Paid For This Land?

Instead, the money for the ranch was ponied up by a small group of (currently) anonymous investors. They simply gifted the money as donations, none will receive any special access or have any more right to Fly Ranch than everyday Burners like you and me.

Who Gets To Use The Fly Ranch Property? 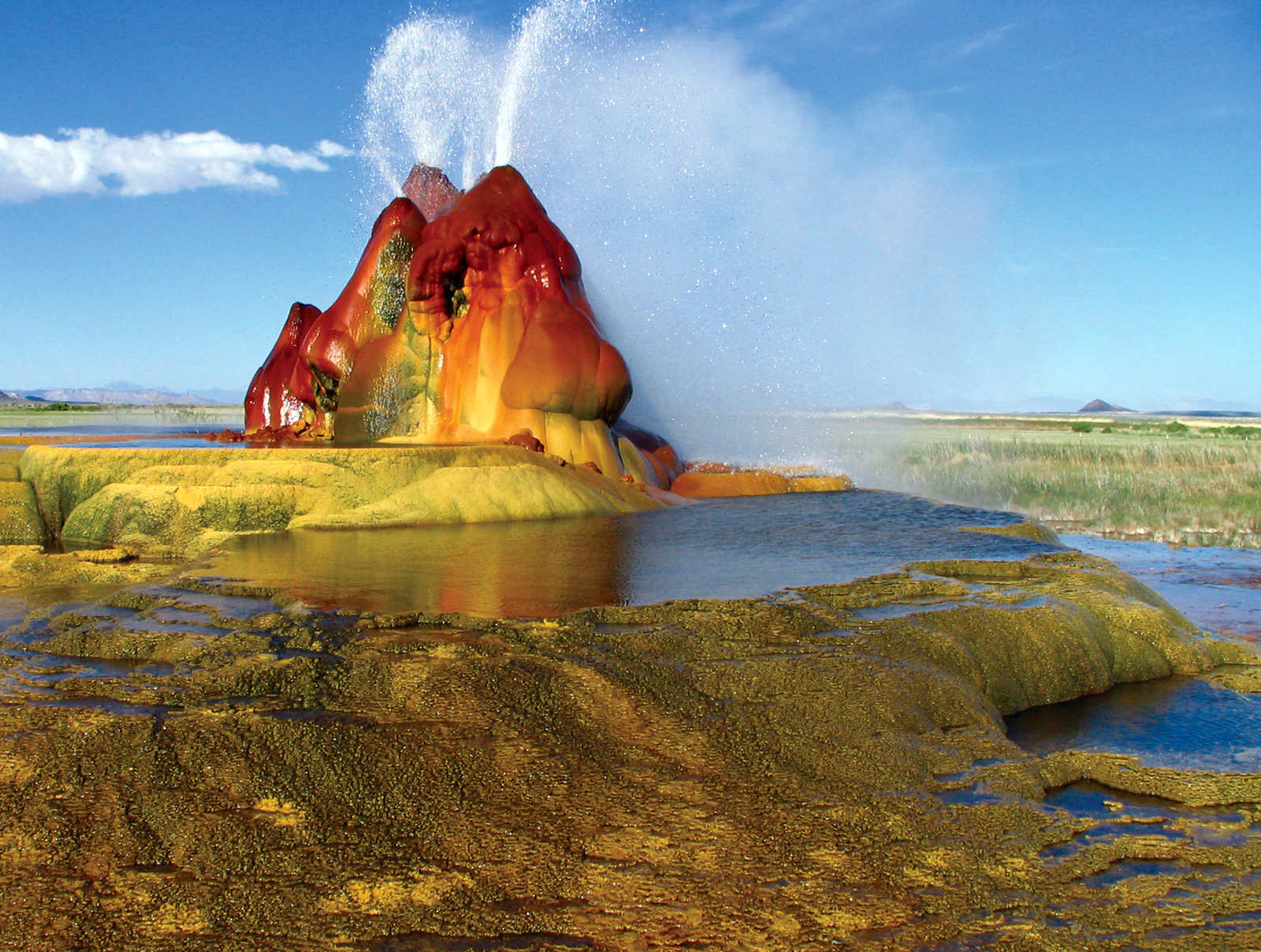 Conspiracy theories have been flying that Fly Ranch will serve as a private Black Rock Ritz-Carlton, where wealthy Burners will keep as their own turnkey camps with air conditioning, catering and sherpas. This is not true, and even investors will not get any special access to the Fly Ranch that you won’t have.

And Burning Man does want you on Fly Ranch! “Fly Ranch is an opportunity for the Burning Man Project to create a context for people to collaborate with each other and contribute to a community in creative and meaningful ways,” Cirivello told us.

“We’re a long way from knowing specifically what the model of Fly Ranch will be, but community participation will be a critical component of any outcome,” he said.

What If People Just Trash The Place?

The Fly Ranch is currently home to thousands of wild horses, nearly a 900 acres of wetlands, a spectacular geyser and dozens of hot and cold springs that longtime Burners from the 1990s may remember. Isn’t there a significant environmental risk to introducing sculptures, generators and mutant vehicles to this pristine space?

Burning Man’s track record in this department speaks for itself. There is not one among us who does not clean up more thoroughly at festivals and celebrations because of the Leave No Trace principle that Burning Man has conditioned us into following. The same principle will apply at Fly Ranch, and Burning Man is being exceedingly cautious about opening access to ensure that strong sustainability measures are in place.

How Can I Get Involved?

Funny you should ask! The Burning Man website’s Fly Ranch page already has a signup for participation that is open to everyone. The specific skill sets needed fall under the categories of environmental stewardship, green tech and clean energy, community engagement, creating site-specific installations and many other ways that you can help.

The call for participation does note that the timeline for getting started “realistically, is after Burning Man 2016.” So do not plan to bring your shovels, sculptures or stewardship skills to this remarkable region anytime this summer. But you definitely will have the opportunity — even if you didn’t kick down a million bucks to help buy the land — to turn these visions for Fly Ranch into a very fly reality.