This year's Electric Forest brought huge headliners, unbelievable visuals and magical experiences to thousands of festival-goers in Michigan over the past two weekends. The crowd added their own creativity and expression in the form of the festival totem. There's something to be said about a good festival totem. They simplify the process of locating your squad while simultaneously serving as lightning rods for cosmic energy on the dance floor.

Everfest was on the ground asking attendees what inspired theirs and what they meant during their time in the Forest. 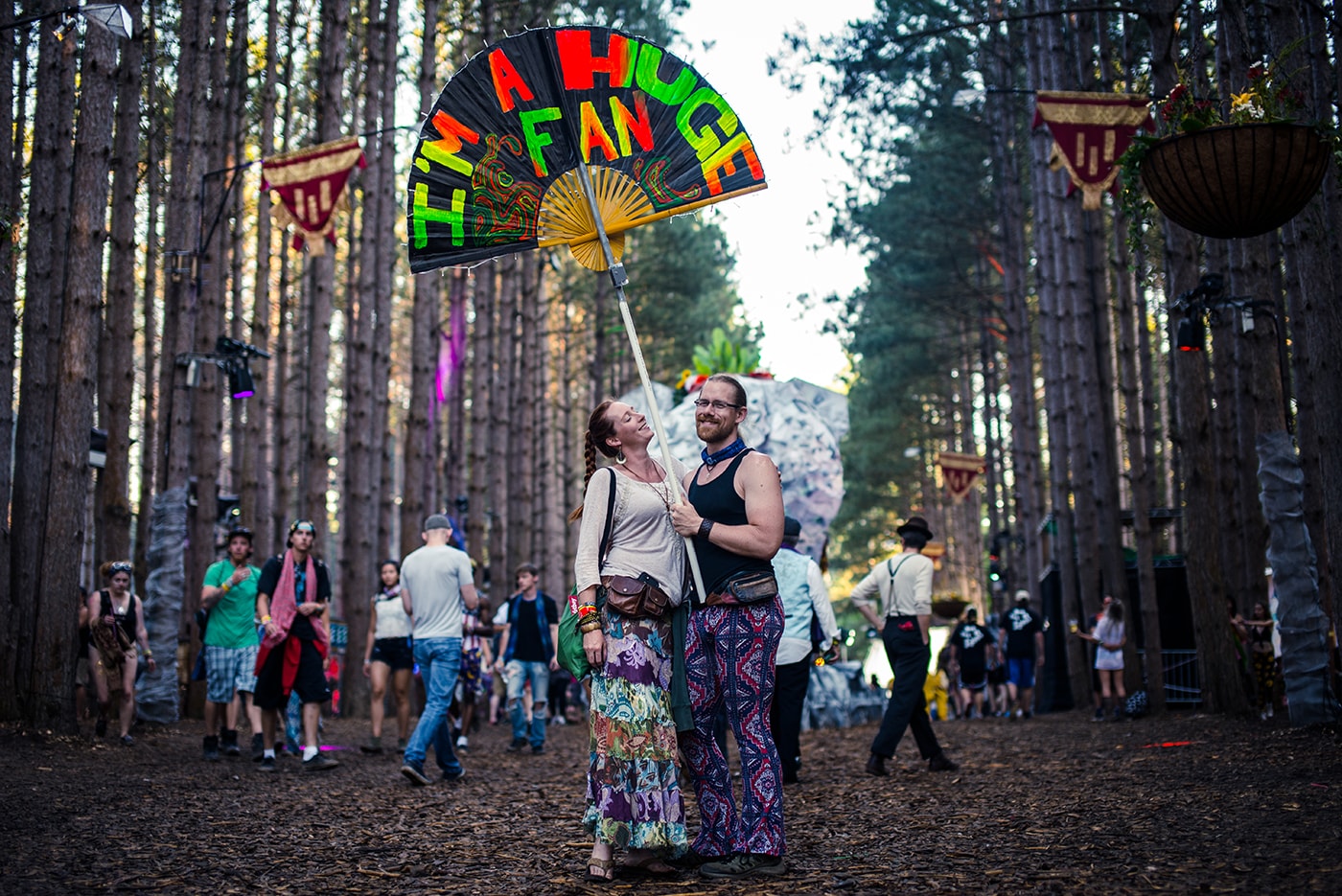 "It's a giant, decorative, old, 1970's dolphin fan. We tried to find the best punny phrases we could find. It's really surprising how much people really like it. A lot of people will ask me to fan them.”

(person walks by and remarks on fan) 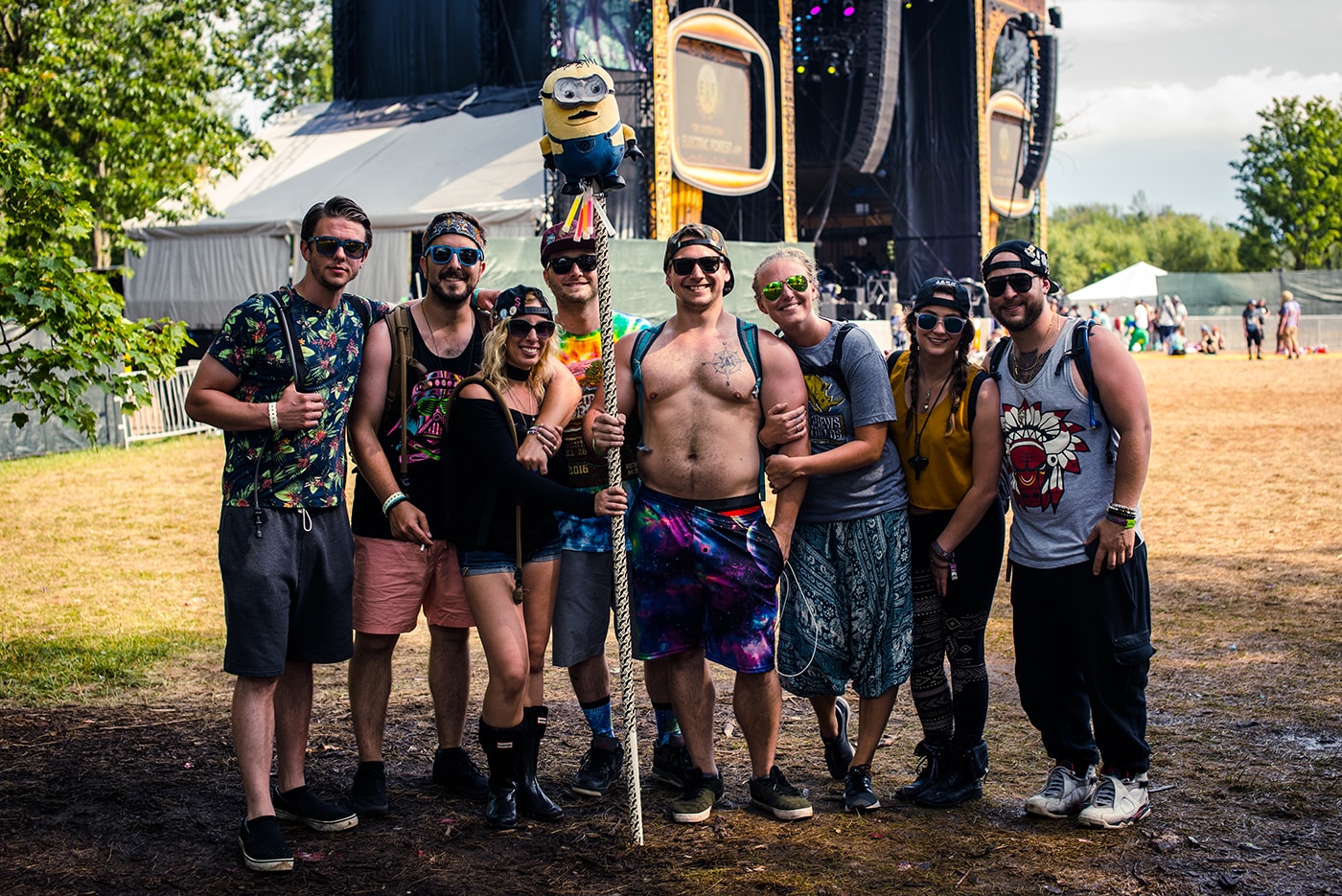 "He's our fearless leader. He comes to other festivals whether they allow totems or not."

Everfest: "How many years running?

Everfest: "Is the mustache an added touch?"

"Yes. So are the glow stick dicks...Glow dicks. He grows a dick every day." 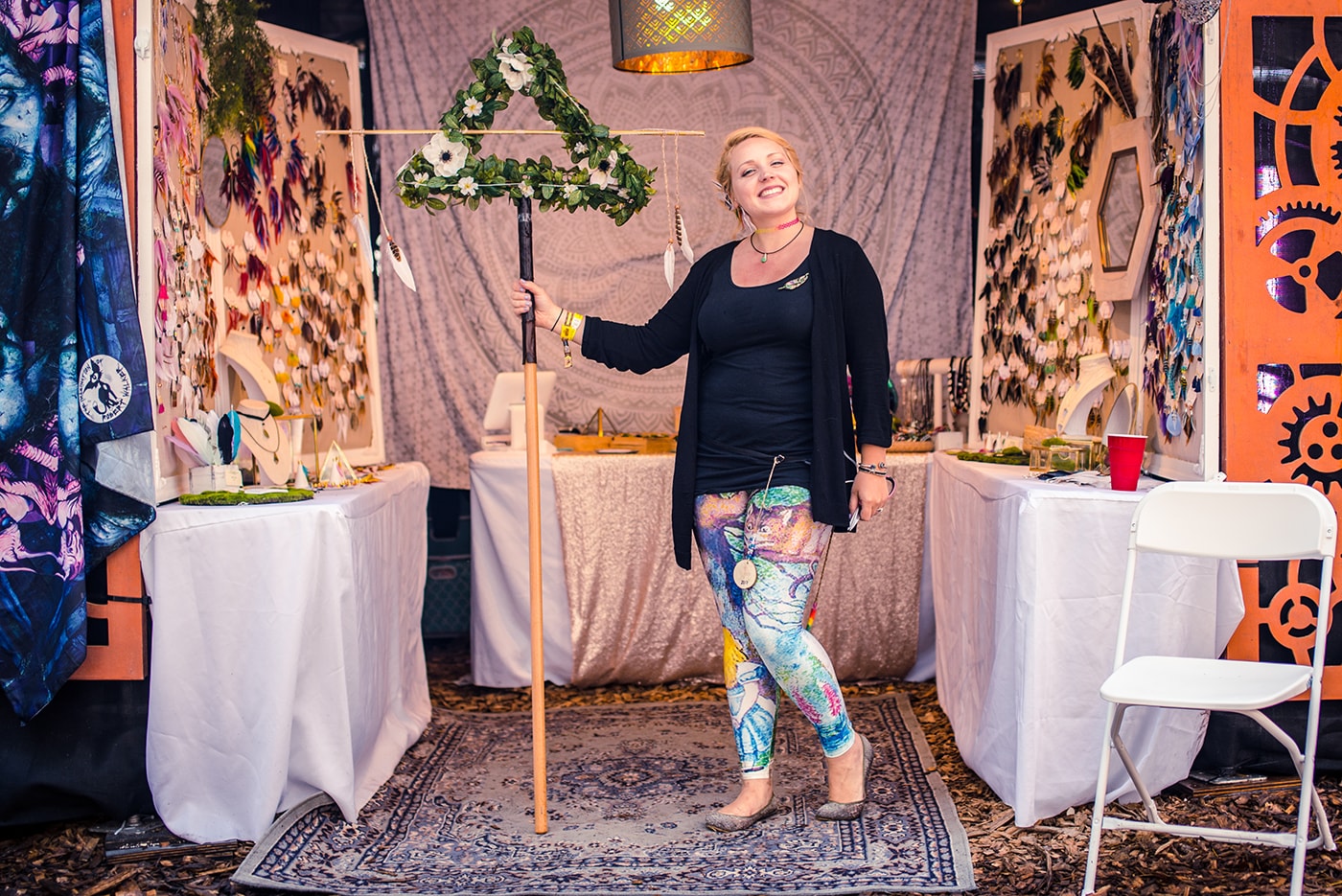 "My totem is actually our logo for Finch Finery. We're a feather business. I was just inspired by feathers and nature being a part of the forest." 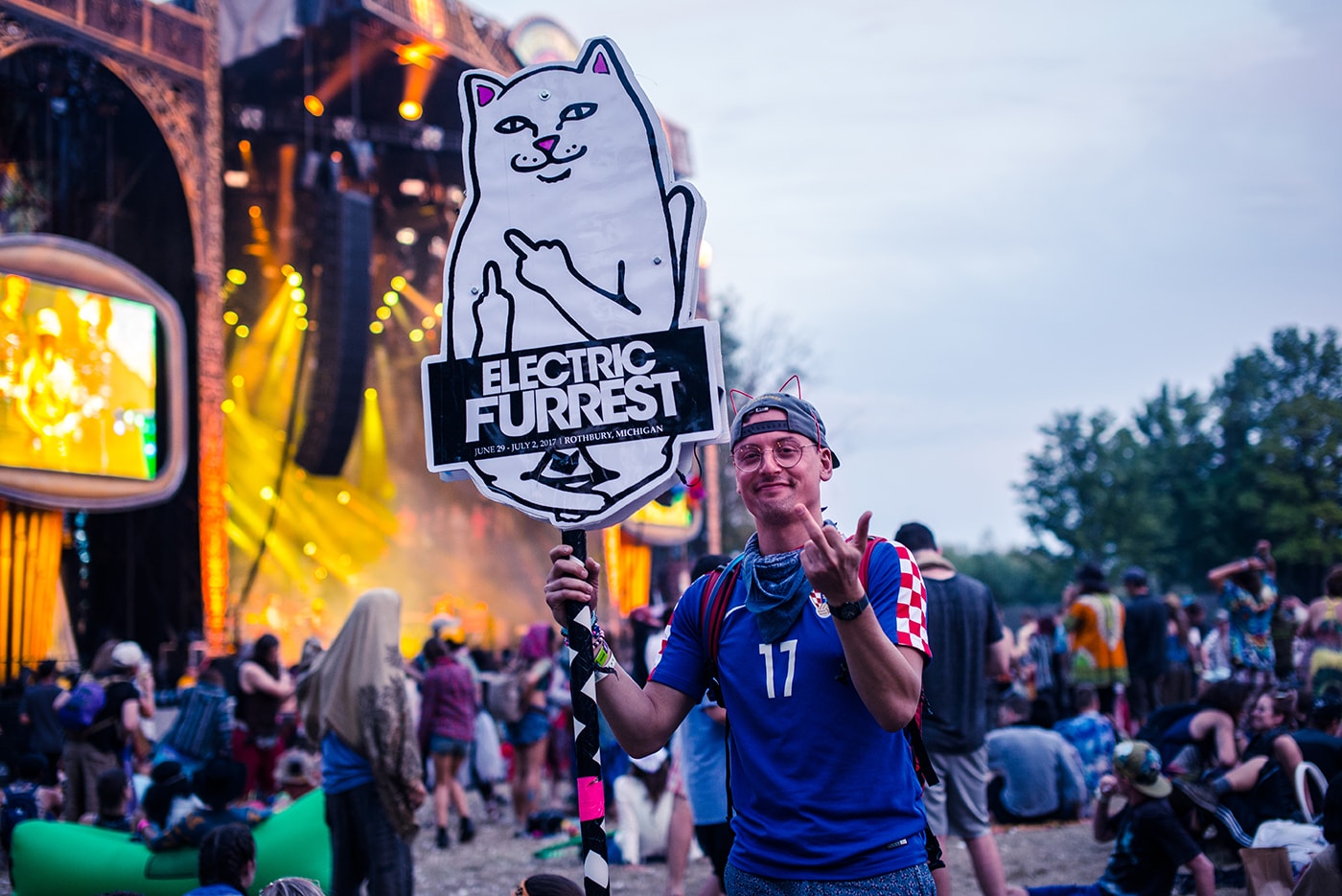 "My favorite thing about this totem is the fact that everyone loves cats, and this cat has the most smug-douche look on his face, but it can't stop people from smiling."

Everfest: "Would you say it’s purr-fect?" 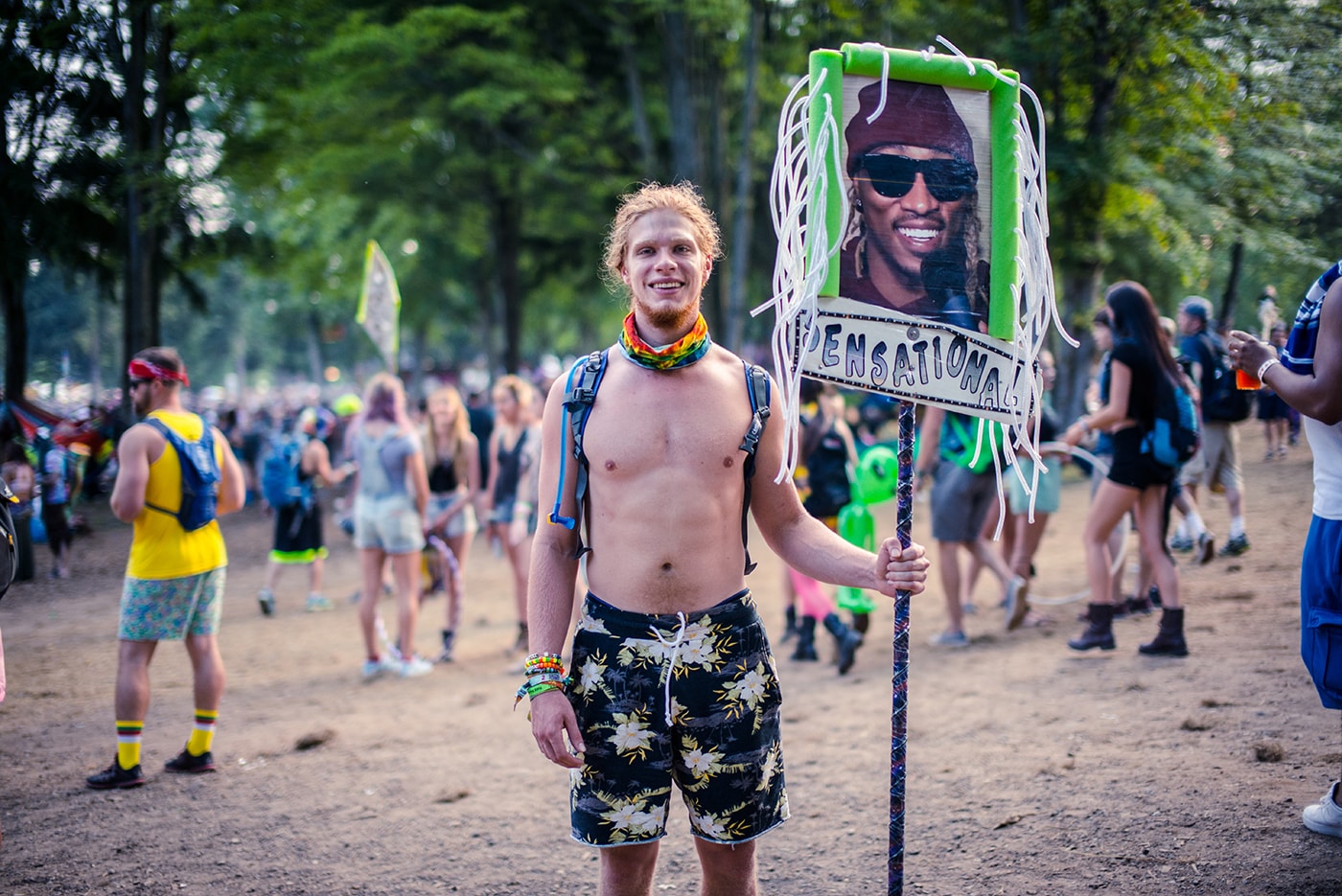 "Just walking from the gate to here today, so many people yell 'Sensational!' People will see it and then come over and ask 'what does it say' and be like, YES! Then you just get to connect to people. It brings so many people over and they just want to have fun with you." 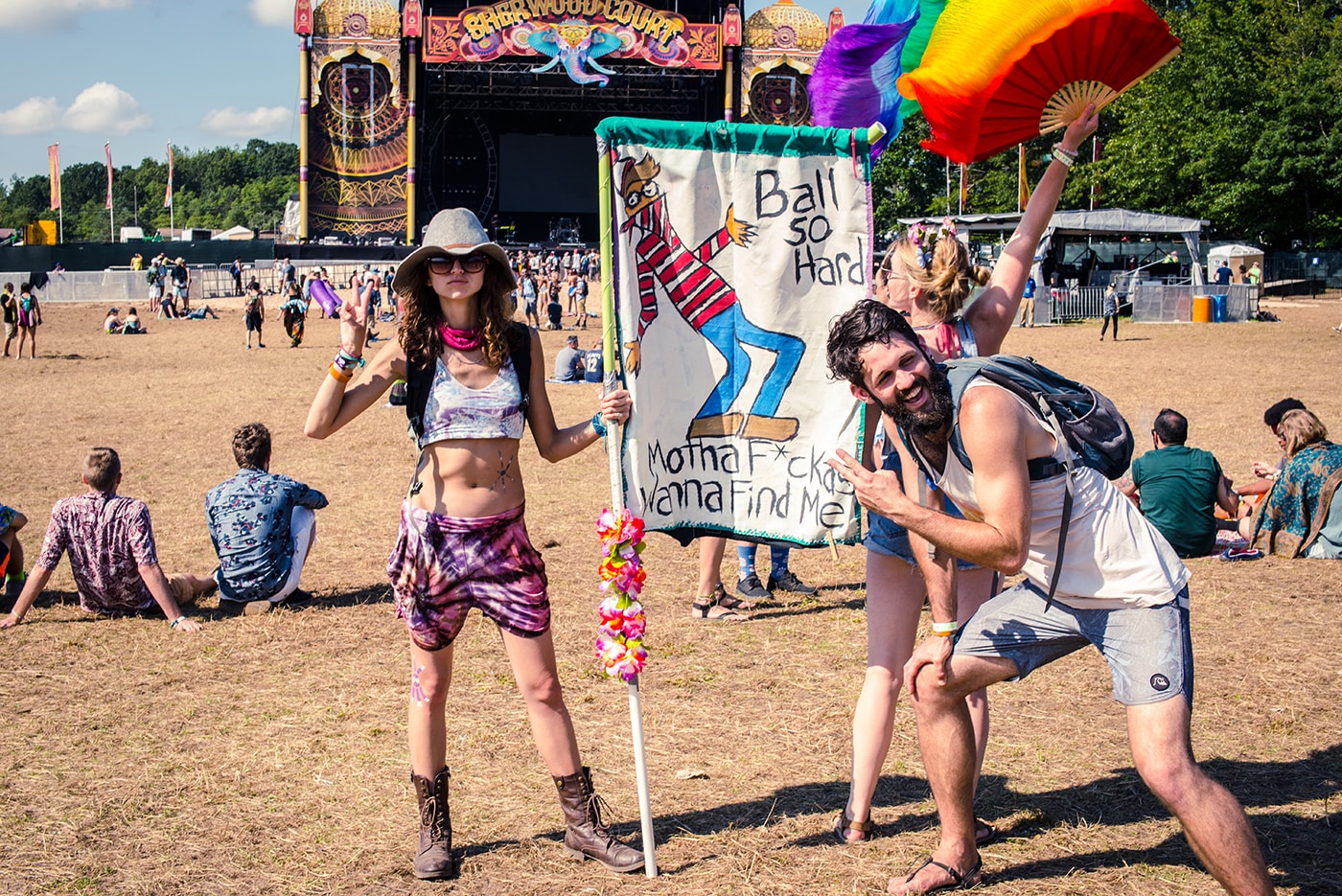 "My roommate I used to live with lived in New York came to Electric Forest for many, many years. She brought this back up to me before she moved to Santa Barbara in California. She said take this to Electric Forest. It's been there for so many years. It's a centerpiece. Even the security people are like, 'Yo, can I get a picture?'" 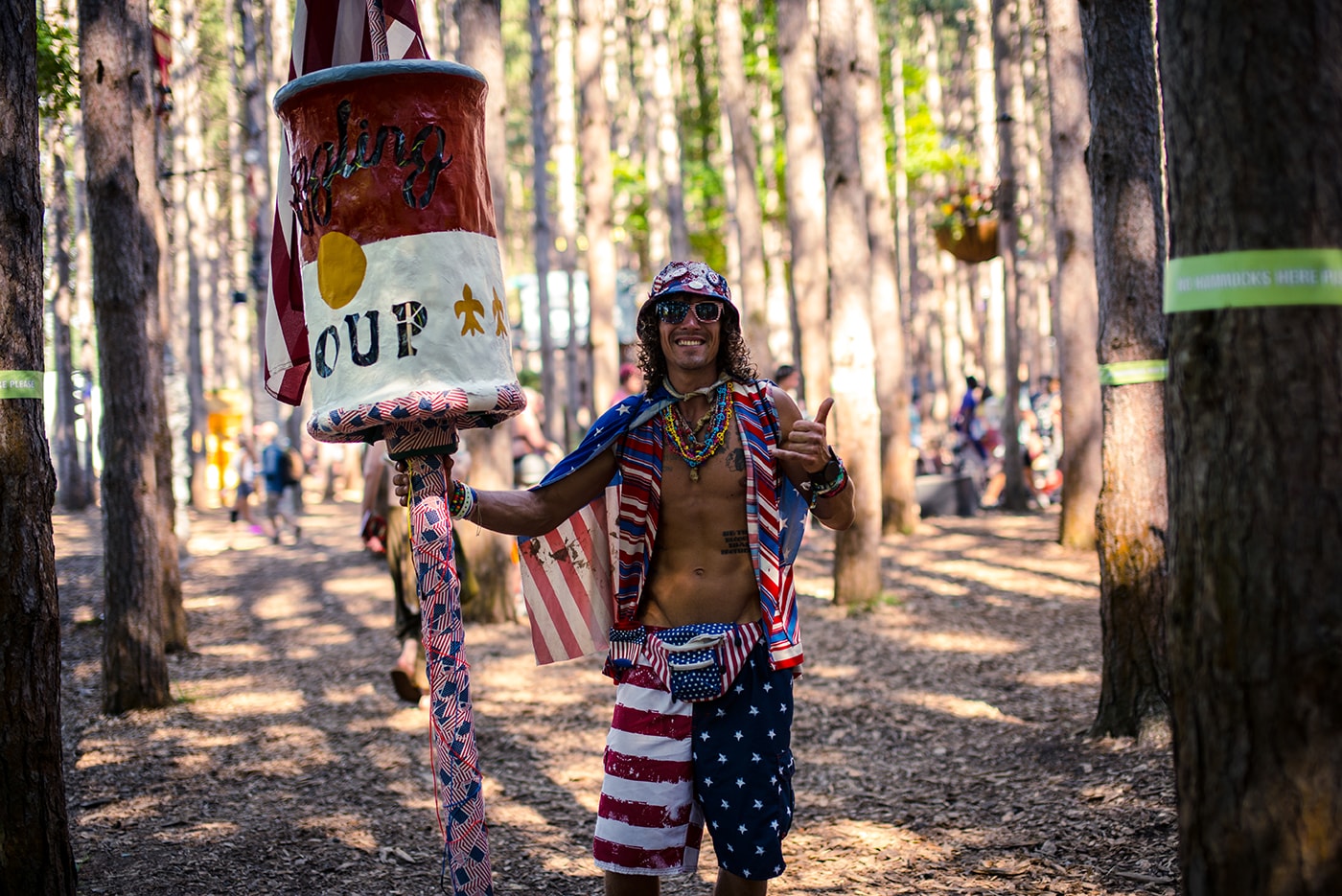 "I wanted to make a one-of-a-kind, individual totem that you don't see every day. So, I asked my friend if he could help me. He said yeah and about 24 man-hours later, we got it done. It's traveled 700 miles with me."

Everfest: "Can you explain the American theme you have going on?"

"Every day is a beautiful day in the U S of A, and we can't forget that." 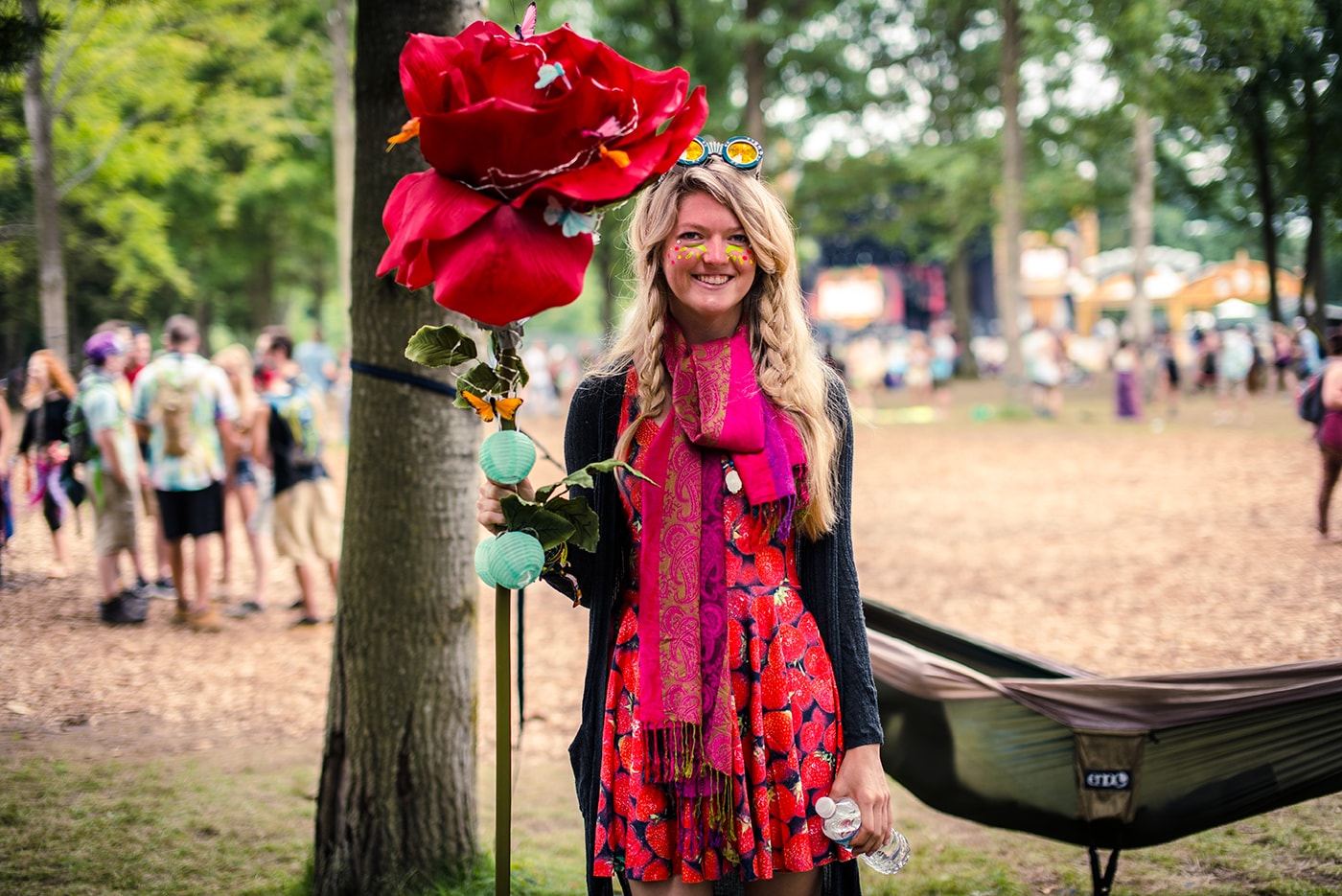 "I've been coming to Electric Forest for five years now. It's our rage rose and I like to rage with a rose."

(She pours essential oils on the rose)

"So people can smell it."

"This side is 'Keep calm stay sexy', which everyone loves to do. I mean...it's working." 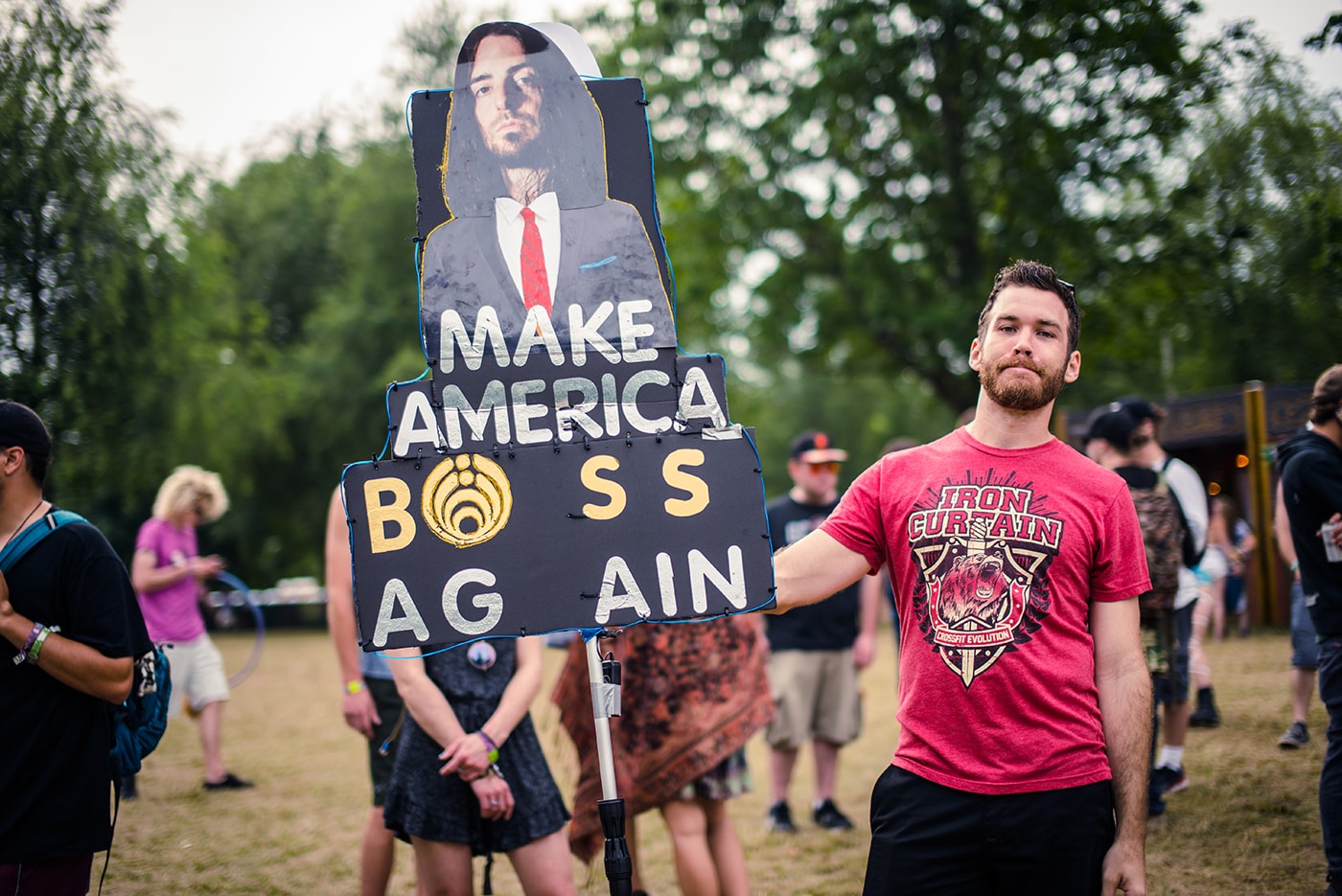 "I made this totem because I'm a huge Bassnectar fan – six, seven years now. We're very anti-Trump. So what’s better to make him [Lorin of Bassnectar] look like Trump and make American bass again?" 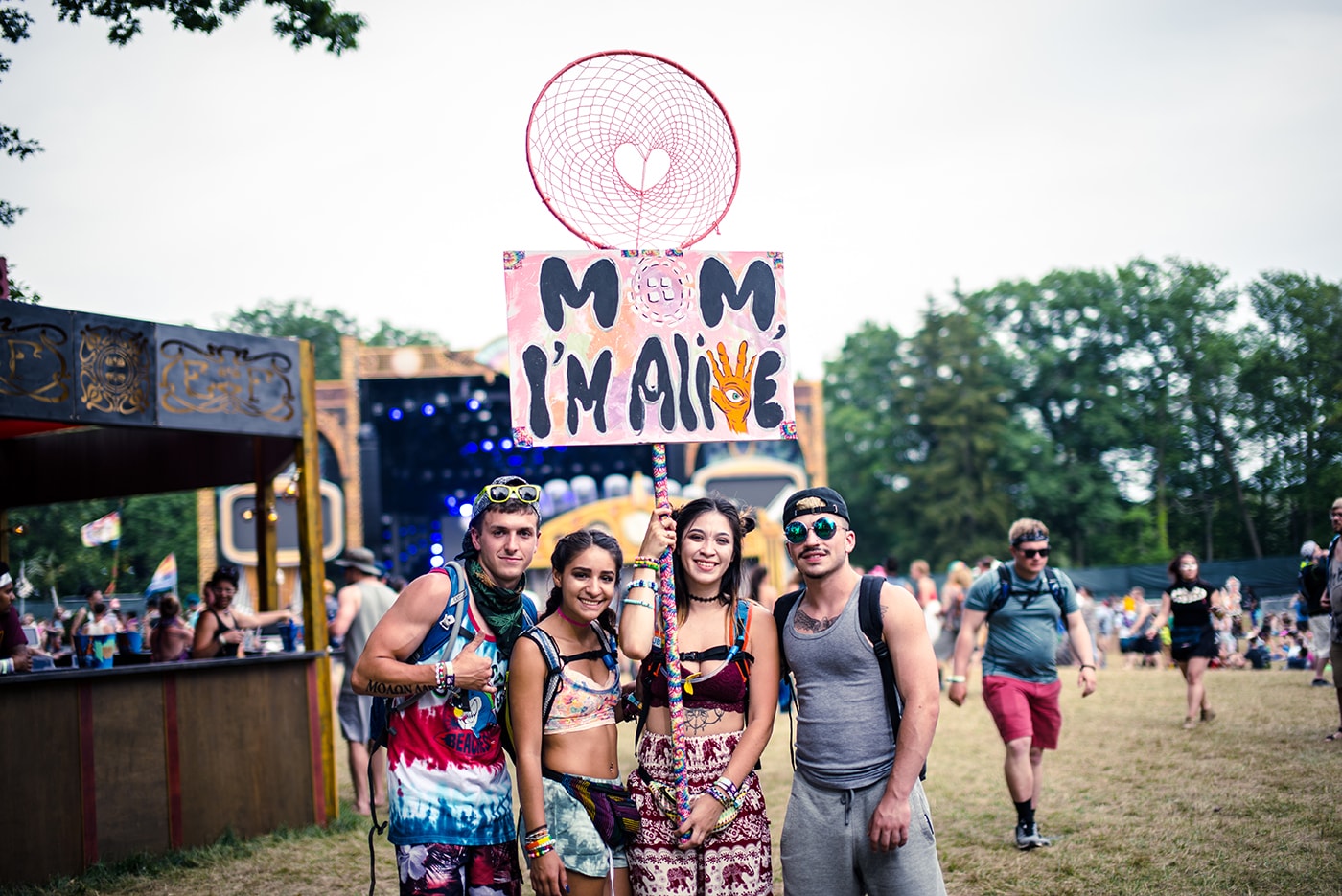 "This is basically Rezz-themed. Rezz is my space mom." 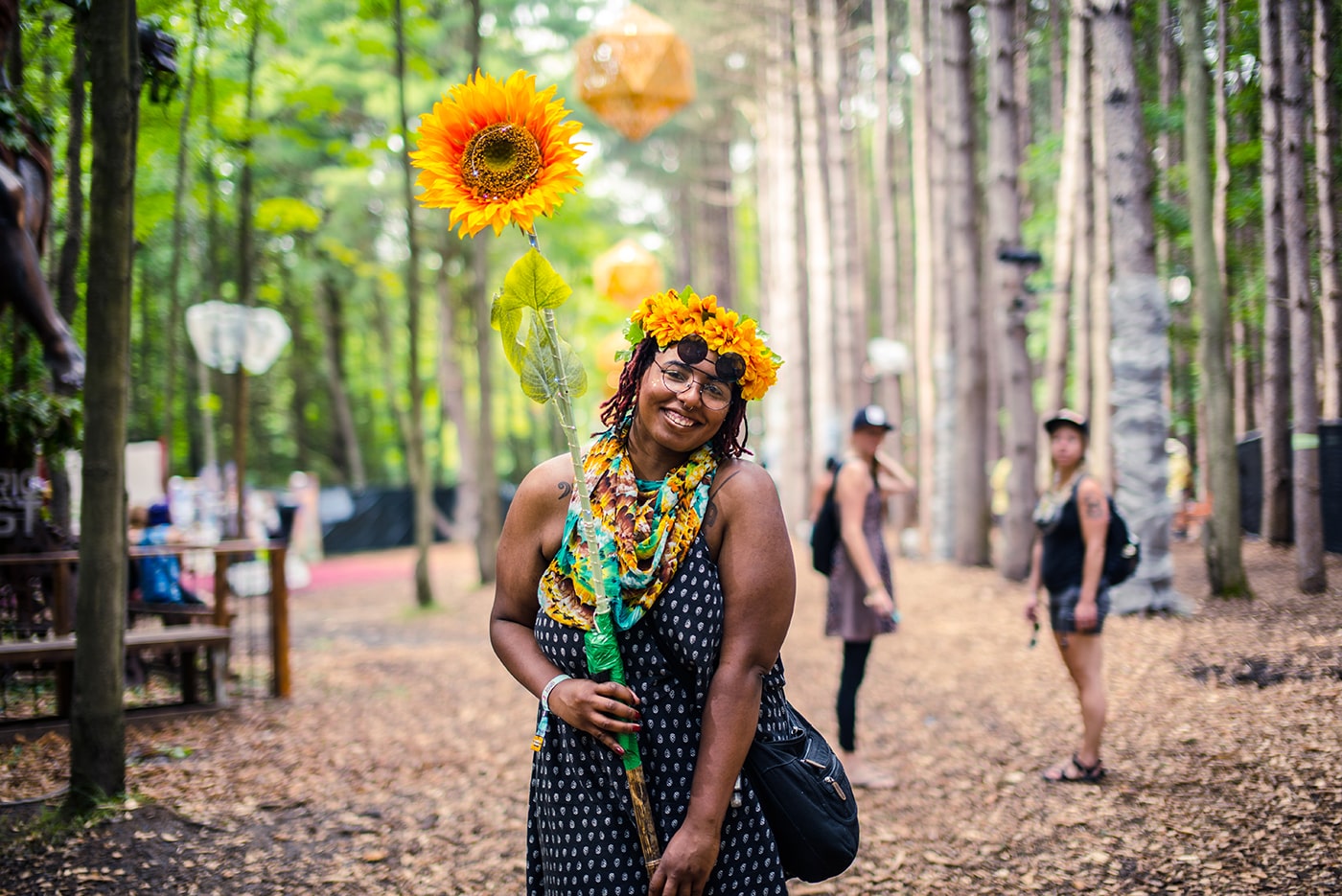 "This is Sunny. He is a large sunflower. He's a symbol of friendship – how friendship can bloom and sometimes wilt. We had Sunny at our first Electric Forest together as friends and he was wilting a bit. We ran back to camp and we re-taped him and put lights around him. We had to stick together to make sure Sunny would survive." 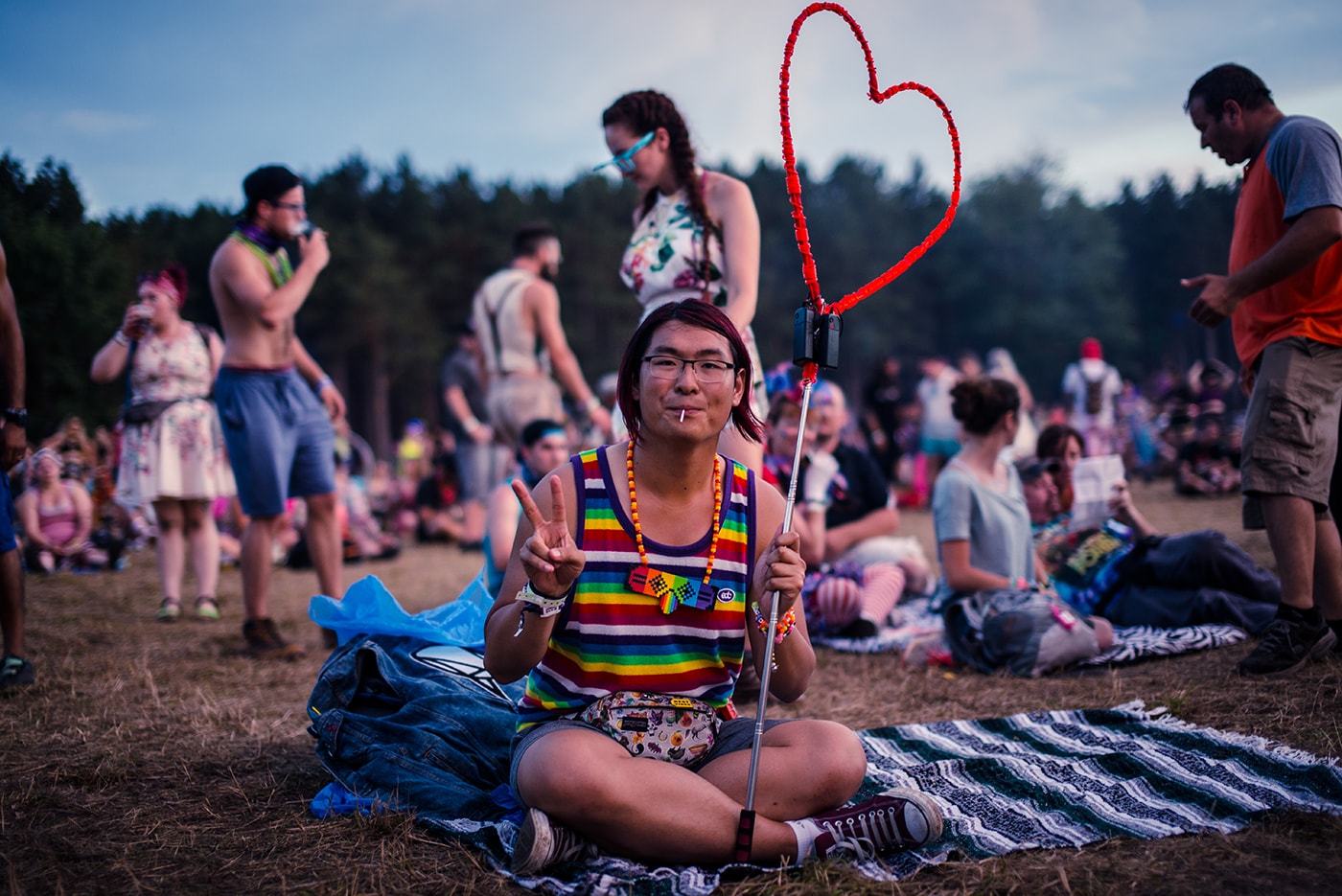 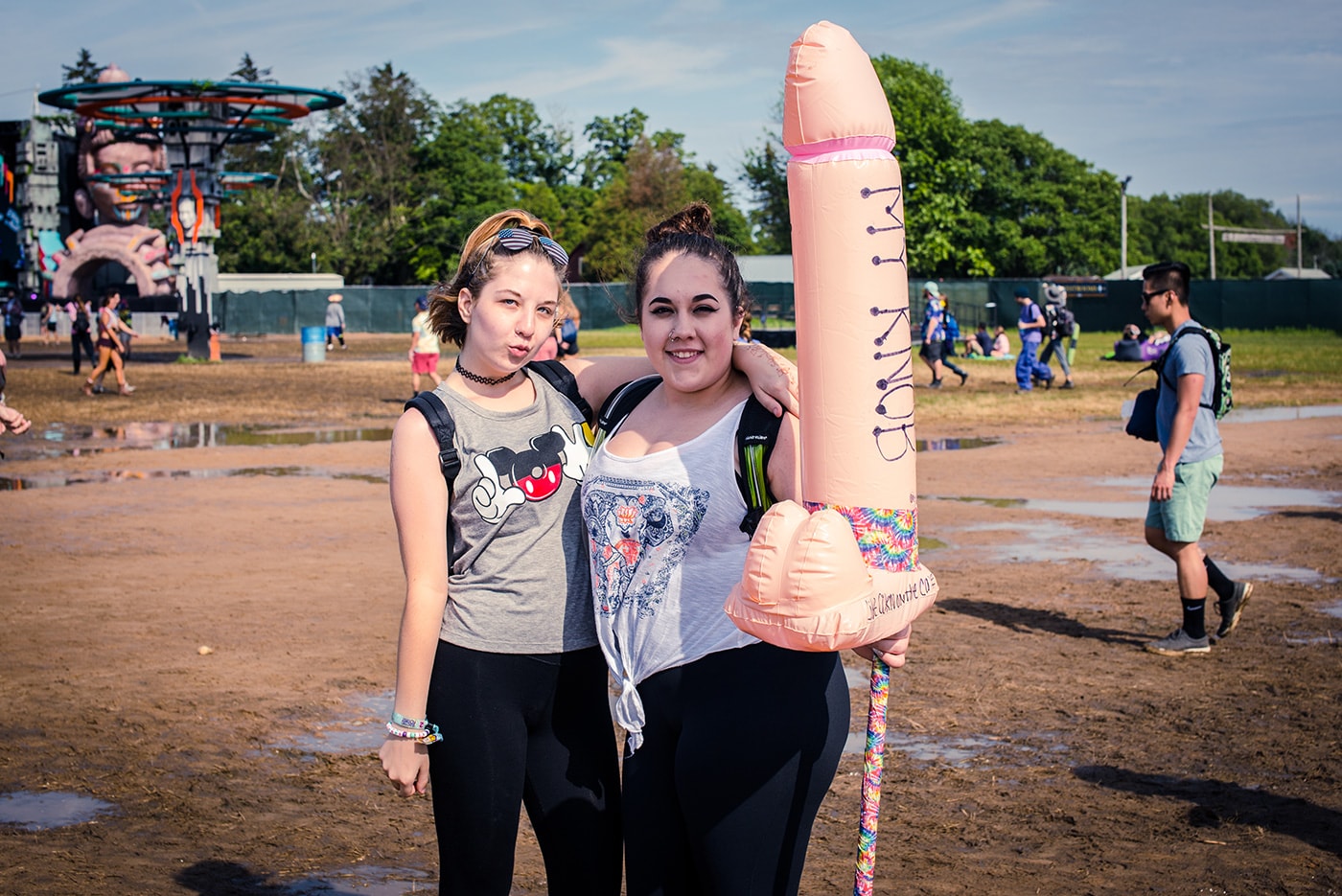 "What can I say? I just have a thing for blow-up dicks."