There’s something about Indian summer at a high plateau in the American west. This is part of the reason I love Burning Man. And, just a month after that artistic ritual in the Nevada desert, I went back to an almost mile high event (at least on the ground) in neighboring New Mexico. 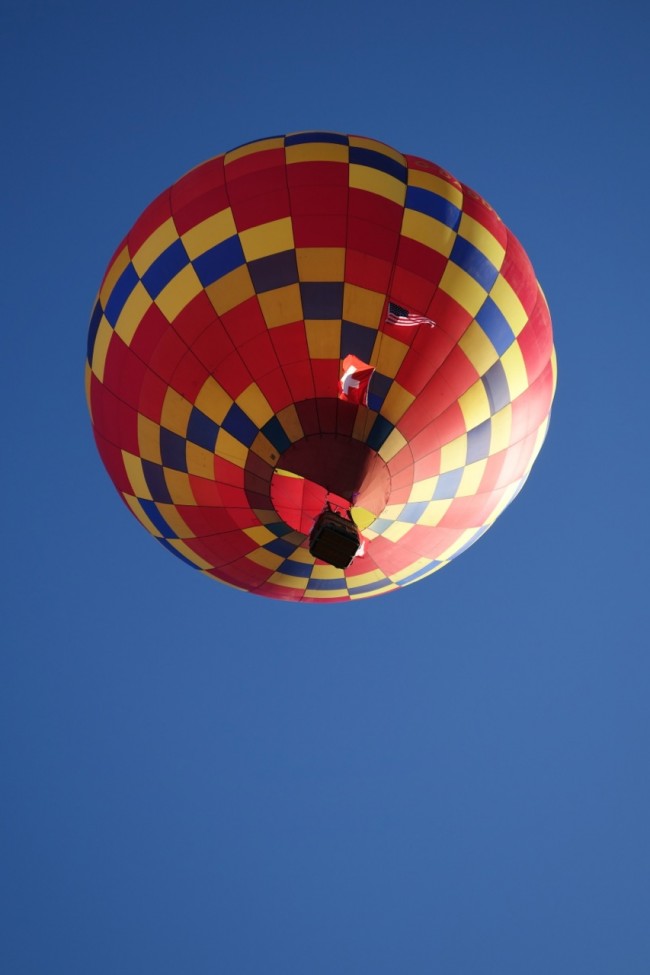 At first glance, it may be hard to see the similarities between the Albuquerque International Balloon Fiesta and Burning Man. Here’s what occurred to me:

- fire is a foundational element of the experience

- both last approximately a week

- both events even have a Survival Guide

- Mass Ascension is one of the Balloon Fiesta’s signature events and has some similarities to the Temple rituals one might experience at Burning Man. 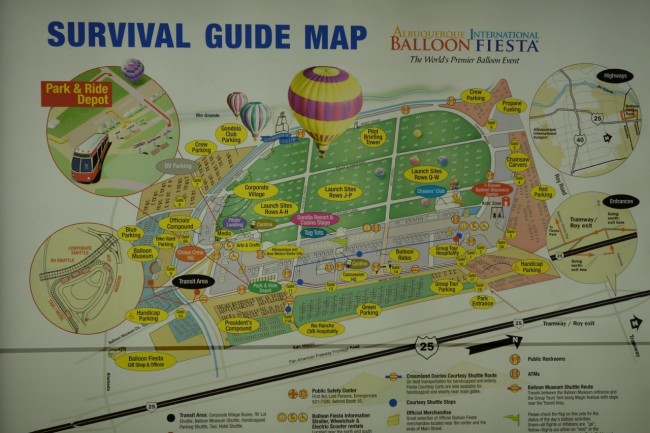 Sunrise and sunset are pivotal to both events and I was pleased that I was able to make it into ABQ to experience one of each. I arrived in time for the Friday evening Special Shapes Glowdeo in which a hundred of the five hundred balloons – the ones that depict characters or things – get all lit up together just as the sun was sets in the west. 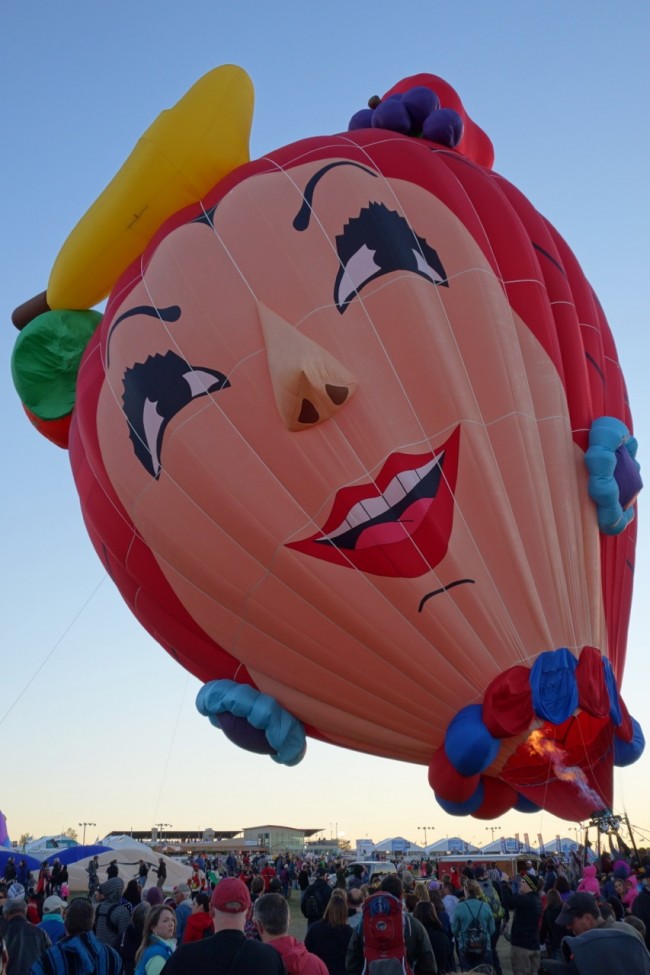 This Balloon Fiesta is a family affair especially on Friday nights with the fireworks starting at 8 pm. Many of these families come earlier in the day to the Balloon Discovery Center, an interactive science museum focused on ballooning. This is where you learn about the “Albuquerque Box,” a unique wind pattern that makes this region one of the best in the world for floating. This is also where you learn that you can’t steer a balloon. The trick is to climb or descend to an altitude where the wind is blowing in the direction you want to go. It’s a lot like sailing, although if you get it wrong, the results at 1,000 feet in the air can be more treacherous. 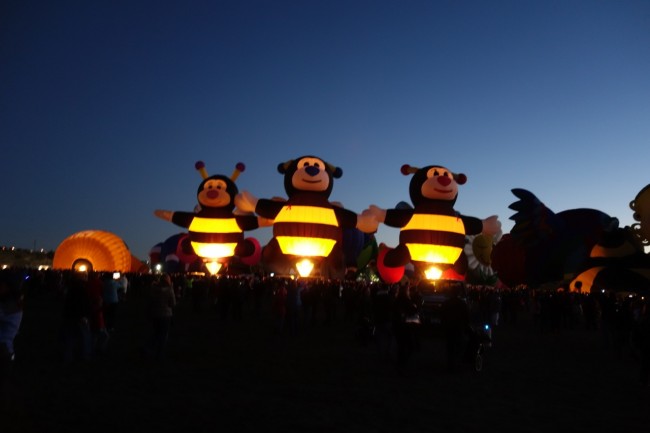 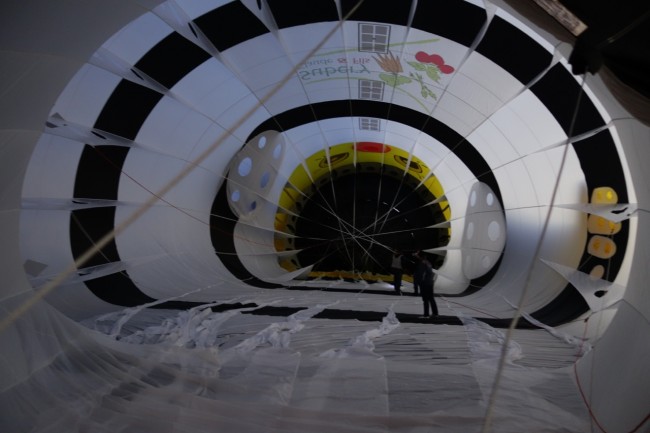 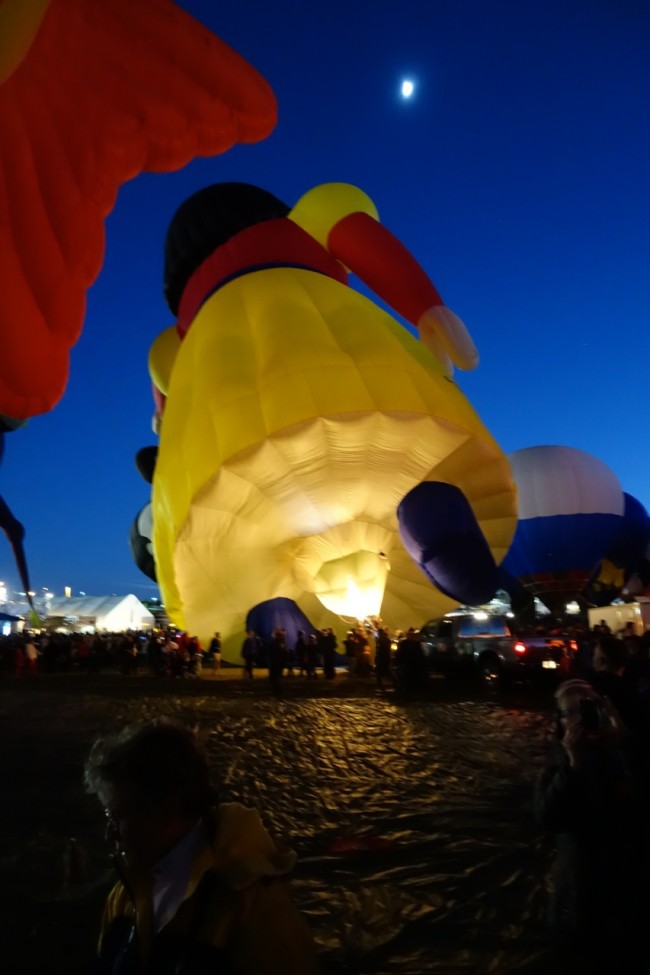 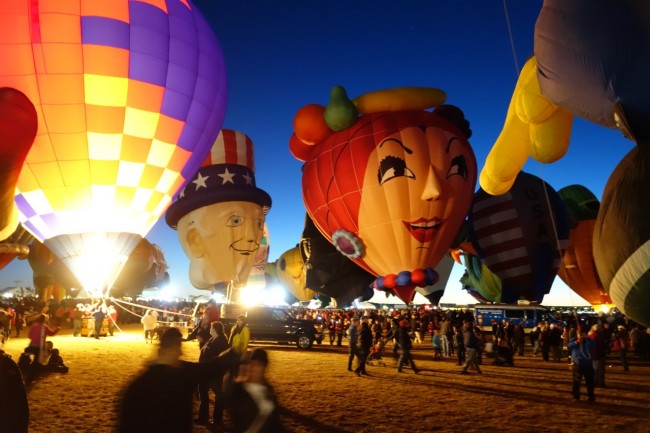 People also flock to the Balloon Fiesta Pin Tent where young and old trade their favorite pins from balloon festivals from around the world. Yes, this is a festival full of nostalgia, tradition, and a whole lot of Republicans (one of the bigger differences with Burning Man). As the evening wore on, I started to worry a little bit about tomorrow’s early arrival to the fairgrounds for my hot air balloon flight. I’d read on the plane coming down that someone the day before had been critically burned by an errant balloon and more than a few balloons had ended up on neighborhood electrical power lines due to uncooperative winds. I had scary nightmares on my air mattress that night, as I kept imagining falling to earth and bouncing on a trampoline that sent me to the moon. 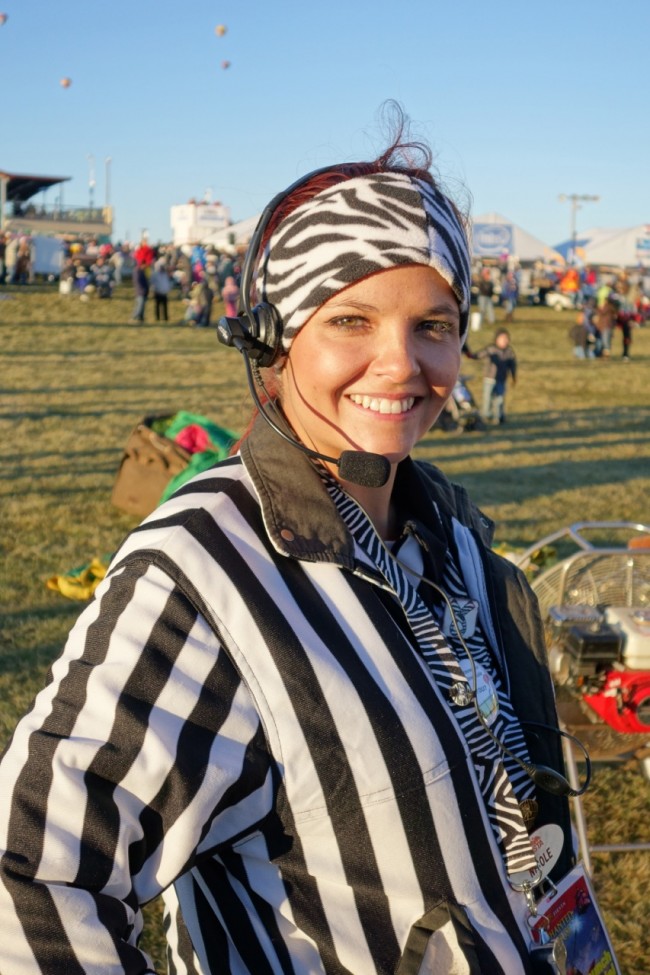 This next morning, I was up way before the sun rose and it was frickin’ freezing. One key lesson from this trip is to plan your driving carefully (if you’re not staying on site; I was staying with friends who live in town). I scooted in just in time (5 am) barely before the traffic came to a standstill. It took one of my friends nearly two hours to drive two miles. My best advice is to bring a camper and stay at the fairgrounds, as there are more than 700,000 visitors during the 9-day festival and lots of one or two lane roads. 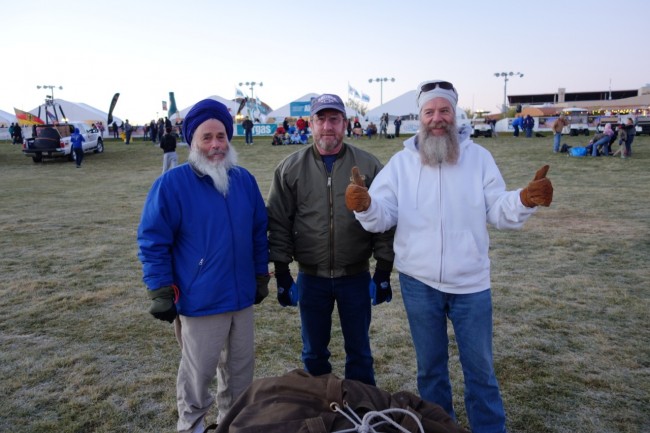 I found out that morning that I’d been paired with some Sikhs who were ballooning fanatics. Somehow that put my nightmares to rest. These guys took their floating seriously, and, if we did fall from the heavens, they believe in reincarnation. So, if we had a mishap, maybe I can just join their reincarnation bubble. All of a sudden, I was feeling much better.  But, I got even colder as the morning started to light up, pre-sunrise. 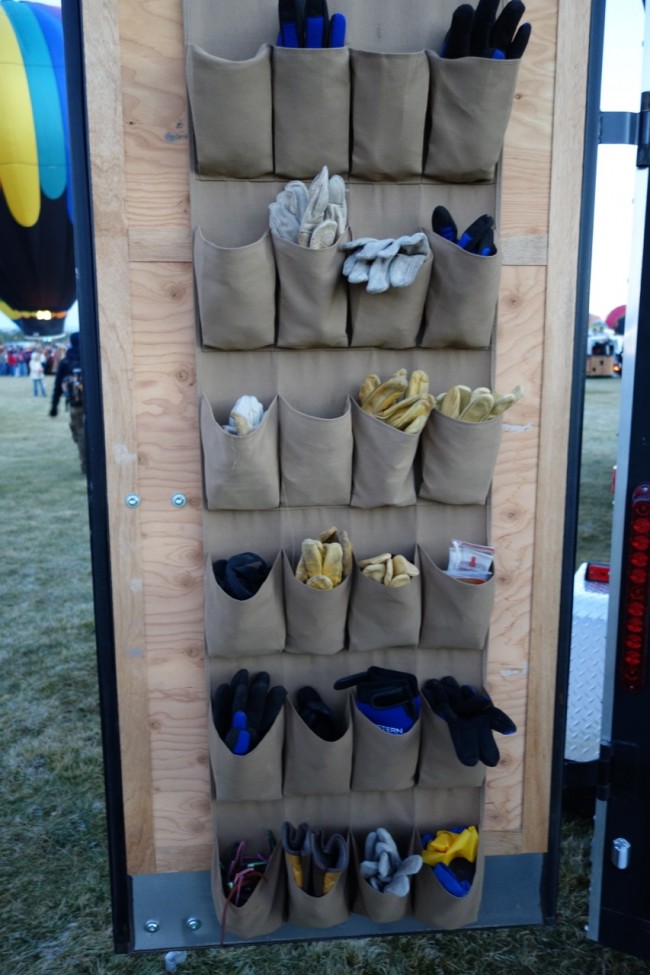 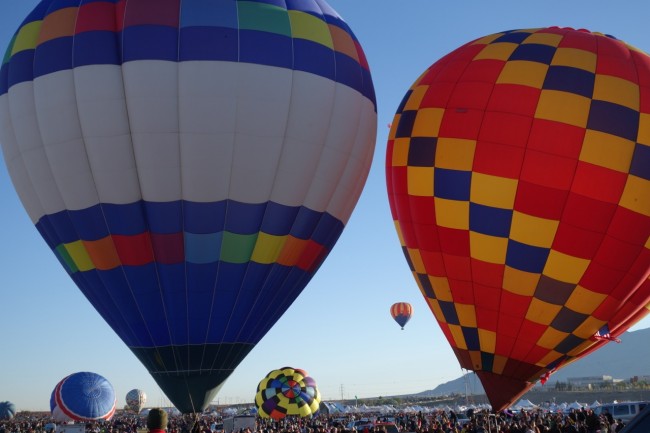 It turns out the morning winds were “breaking bad” in Albuquerque and my Sikh buddies were rather cautious. I didn’t get a chance to make it into the sky as our pilot called off our flight (about half of the pilots chose not to fly that morning). Fortunately, less than a year ago, I’d had the time of my life (and almost frostbitten toes) hot air ballooning in Cappadocia, Turkey in the winter. So, I didn’t feel too disappointed. 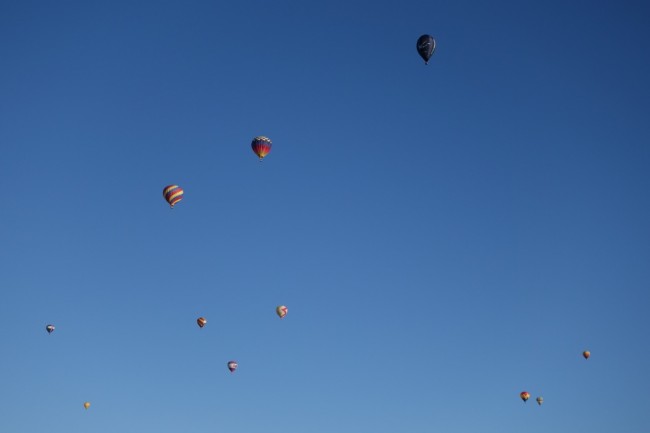 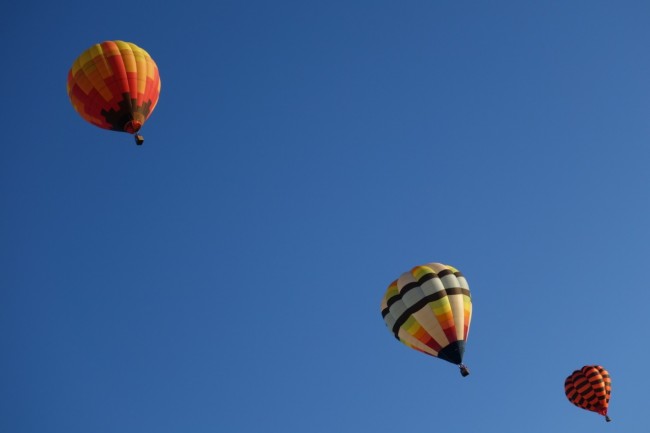 And, not going in the sky meant I could capture some beautiful photos of balloons above us. My life insurance broker prefers that I aspire to be a photographer instead of a balloonist. 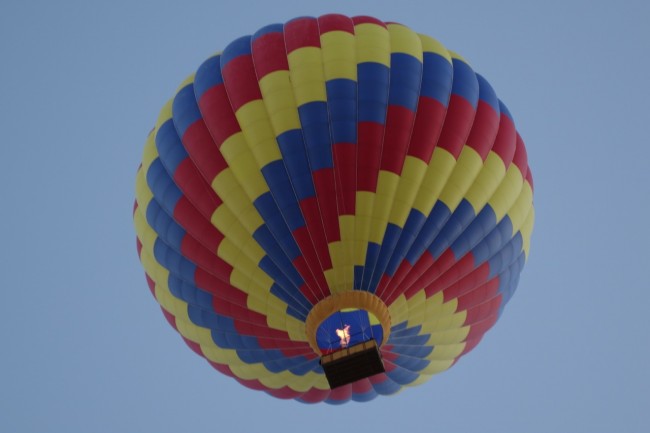 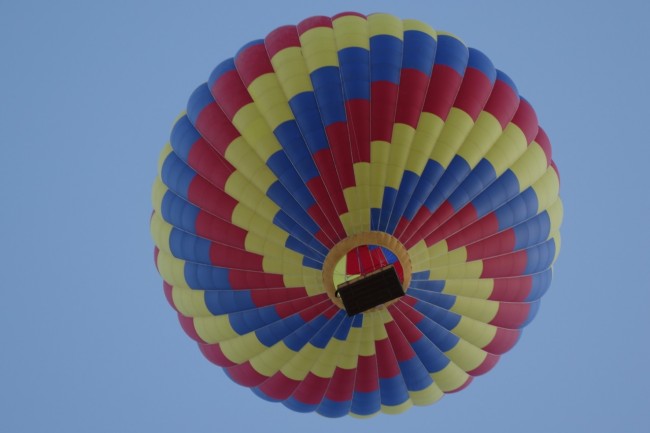 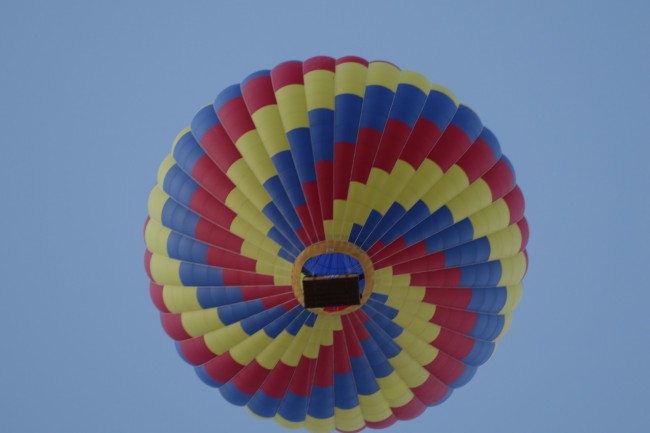 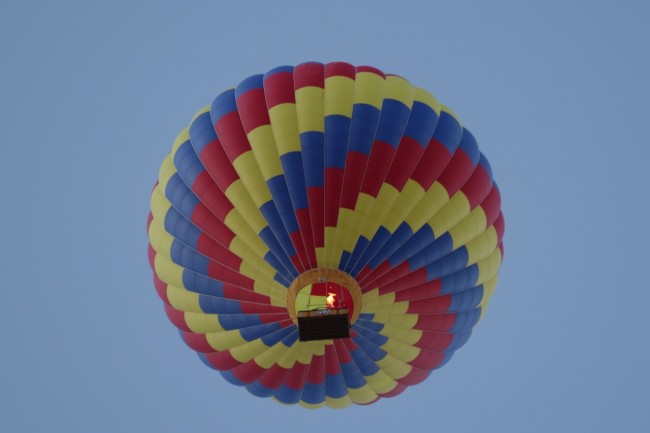 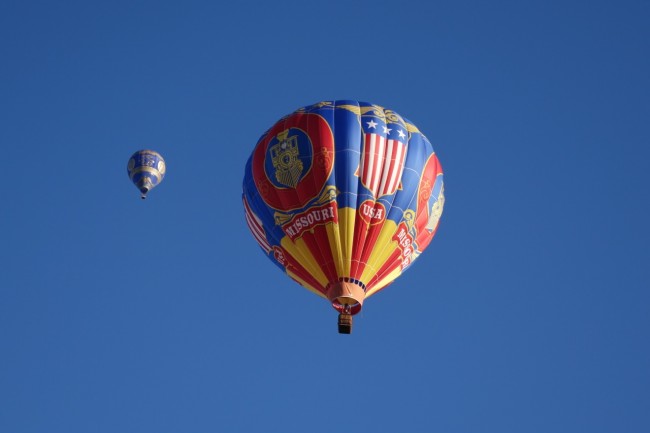 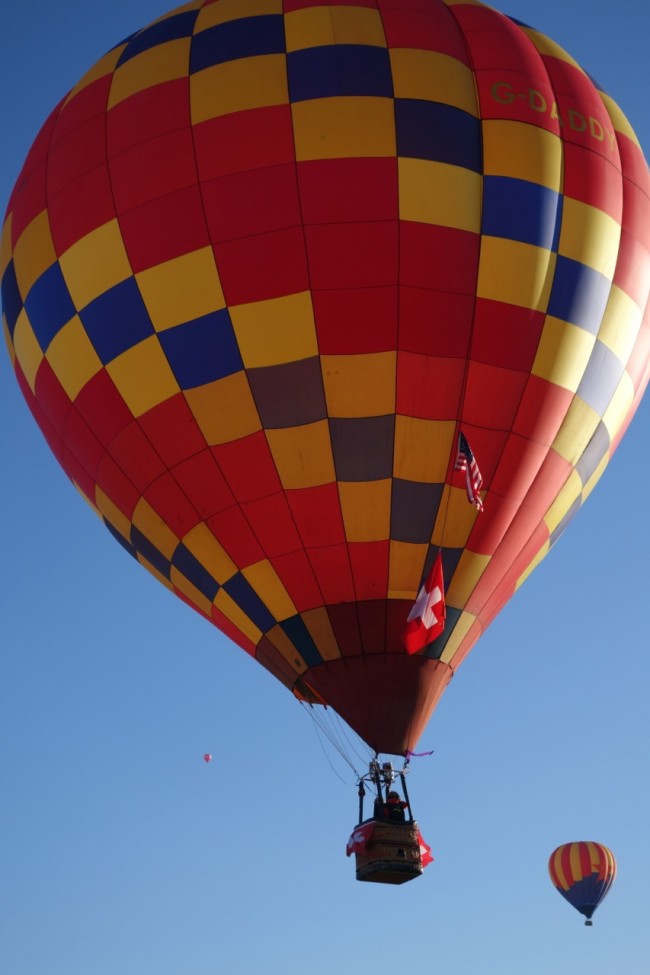 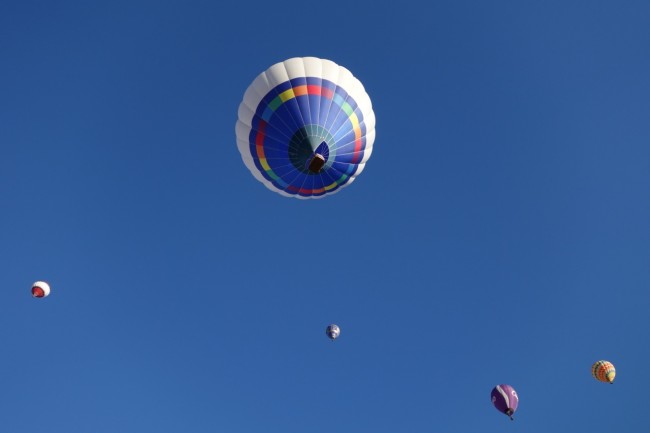 If you’re going to go to the Balloon Fiesta, know that all the activity is early and late in the day so, like Burning Man, you take naps when the sun is out. If you’re not taking a nap, I can recommend the Rio Grande Arts & Crafts Festival, virtually next door to the fairgrounds. 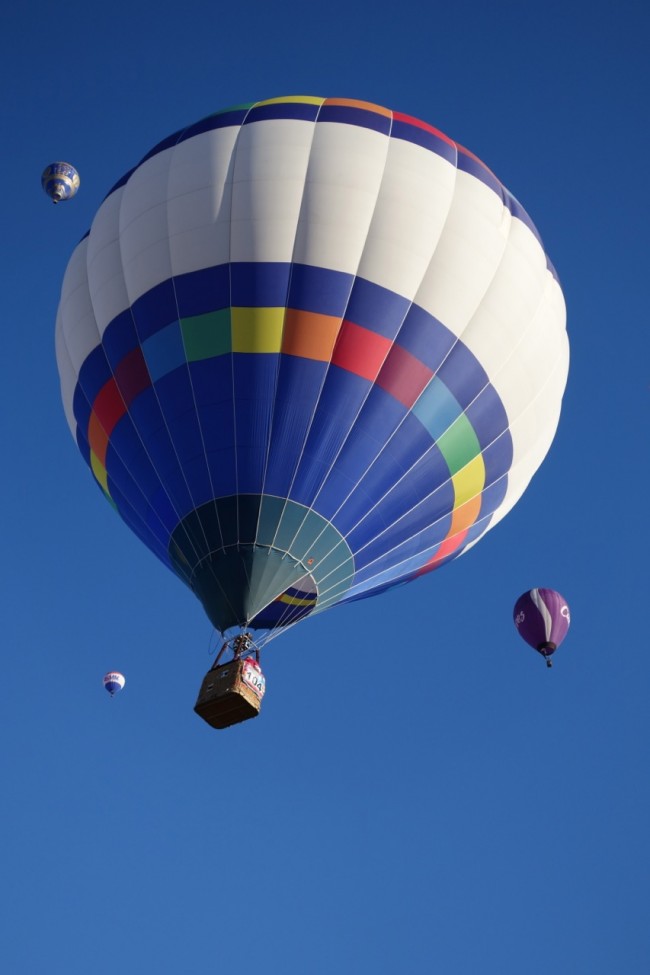 So, I snuck out of town after my 24 hours of balloon-mania and felt lucky that I was in one piece. I read some grizzly statistics on my way to the airport. I guy lost his arm this year and a woman broke her legs during a rough landing. In 2009, a Pennsylvania man was killed and another man injured after a fiery collision with power lines. Another man was seriously hurt that year after tumbling out of a gondola. Two years earlier, a woman fell to her death and three others were hospitalized. In 1982, four people died when propane tanks exploded. Other fatalities occurred in 1990, 1993, and 1998.

Whoa! While I don’t have Burning Man’s injury and fatality statistics at my fingertips, I have to believe that, as wacky as that artistic fire festival is, it’s safer to be acting crazy on the ground than it is to be living faithfully in the air.