This is awesome news, and just in time for Earth Day: More than 60 independent British music festivals have committed to eschewing single-use plastic by 2021. According to The Guardian, the Drastic on Plastic initiative, led by the Association of Independent Festivals (AIF), aims to champion "the removal of plastic drinks bottles, plastic straws, glitter, plastic food trays, cable ties and toiletry bottles from festival sites." Most commercially produced glitter will also fall under the ban.

AIF includes 61 members festivals, and all of them have signed up to the pledge, including End of the Road, Bestival, Boardmasters and Kendal Calling. Initially, participants will also support the Final Straw initiative to ban vendors from supplying plastic straws at their sites this year. Far ahead of where it seems like most U.S. festival producers' priorities are, AIF's CEO Paul Reed said the use of single-use plastic products at festivals as “one of the most critical issues facing our businesses and wider society.” Bestival co-founder Rob da Bank agreed, saying the initiative is “exactly the sort of work the AIF needs to be doing – leading the global charge against essentially unnecessary plastic at all our festivals.”

The Green Team at Outside Lands Music Festival in San Francisco, California. Photo by: Adrian Spinelli

This comes at a time when the demonization of plastic pollution is at an all-time high – and rightfully so. According to The Guardian, around 38.5 million plastic bottles are used in the UK every day, and it is thought that 91% of that plastic is not recyclable. In a widely publicized, recently released study by the Ellen MacArthur foundation, it is estimated that by 2050, there will be more plastic than fish in the ocean.

Glastonbury is also getting on the bandwagon; its organizers announced in February 2018 that they would issue a site-wide ban on plastic bottles when it returns in 2019. They have previously estimated that one million plastic bottles are used during the festival. Yikes. 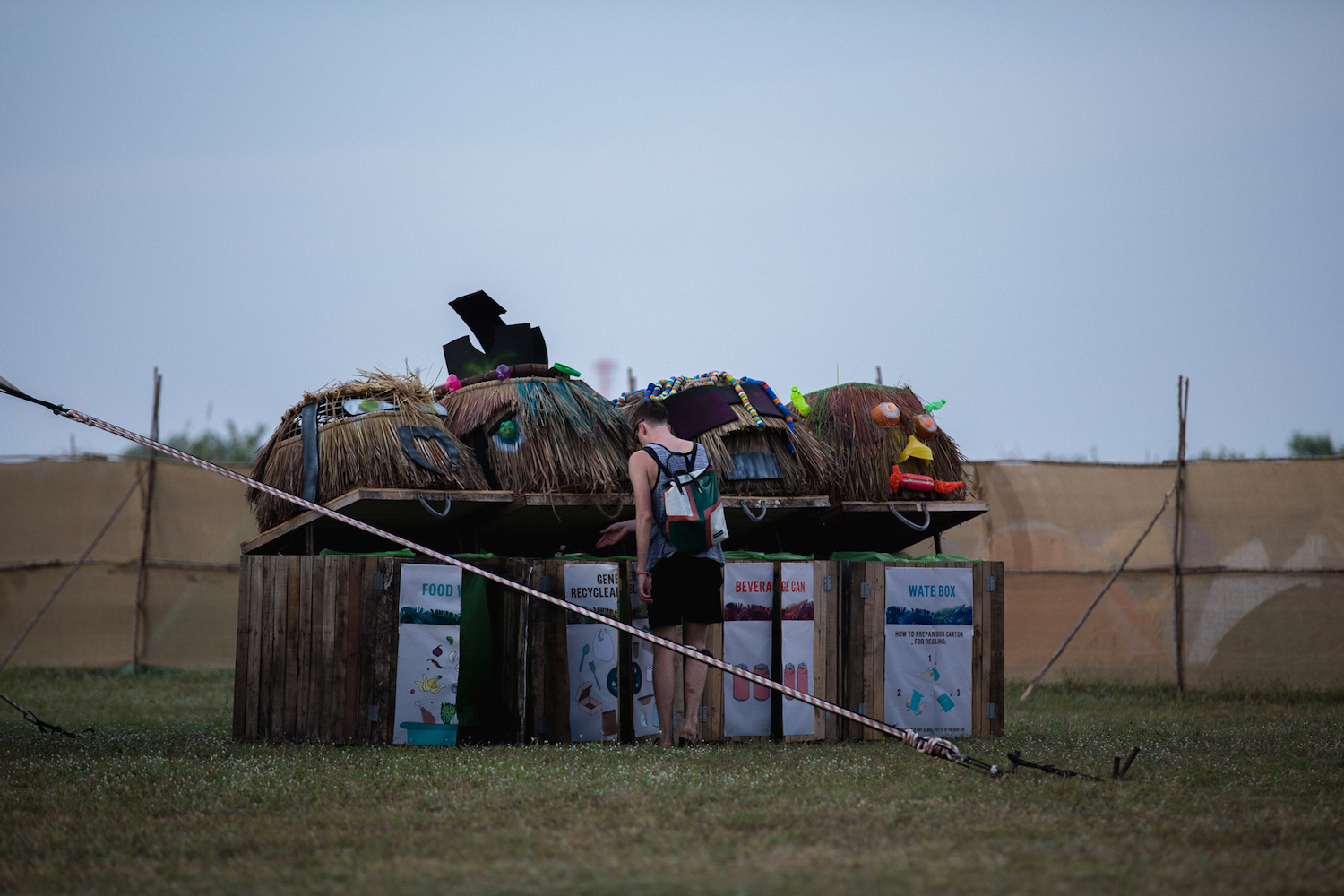 It seems like the UK's larger festivals are poised to follow suit. Festival producer Festival Republic's managing director, Melvin Benn, told the BBC recently: “Our aim is to not only implement schemes to minimize the use of plastic on site, but to educate our audiences at the same time.

Festival Republic banned single-use plastic across all food traders in 2009, and has partnered with Greenpeace UK to introduce a deposit return scheme for all bottles, in order "our waste reduction and recycling rates improve year on year.”

Hopefully this kind of positive action makes its way across the pond ASAP.