Where few would disagree that festivals have the power to impact individuals, their potential to influence cultures and the environment is still being explored. Weighing the ecological footprint of festivals, woke environmentalists (and generally good humans) would point to the pollution created by the truckload at most festival venues around the world and say, “we can do better.” At the forefront among these is the sole female cofounder of Costa Rica’s idyllic Envision Festival, where eco-consciousness is deeply integrated into the experience.

As the visionary behind the ethos of the regenerative festival and the co-curator of all the educational speakers at the event, Sarah Wu draws on more than 17 years in herbalism and eight years as a practitioner of permaculture, or “permie.” At Envision festival, she uses this knowledge to lead an herbal medical clinic as an adjacent alternative to conventional medicine at the festival. She also led a pre-event permaculture design intensive at Global Eclipse Gathering, her Permaculture Plaza was a dedicated landmark to regenerative innovation at the cosmic event. Apart from directing educational programs at Envision and Punta Mona – an off-the-grid organic farm with one of the largest collections of useful plants on the planet – it’s Wu's bold approach to life that makes her an icon to permies and festies alike.

In Pursuit of Regeneration 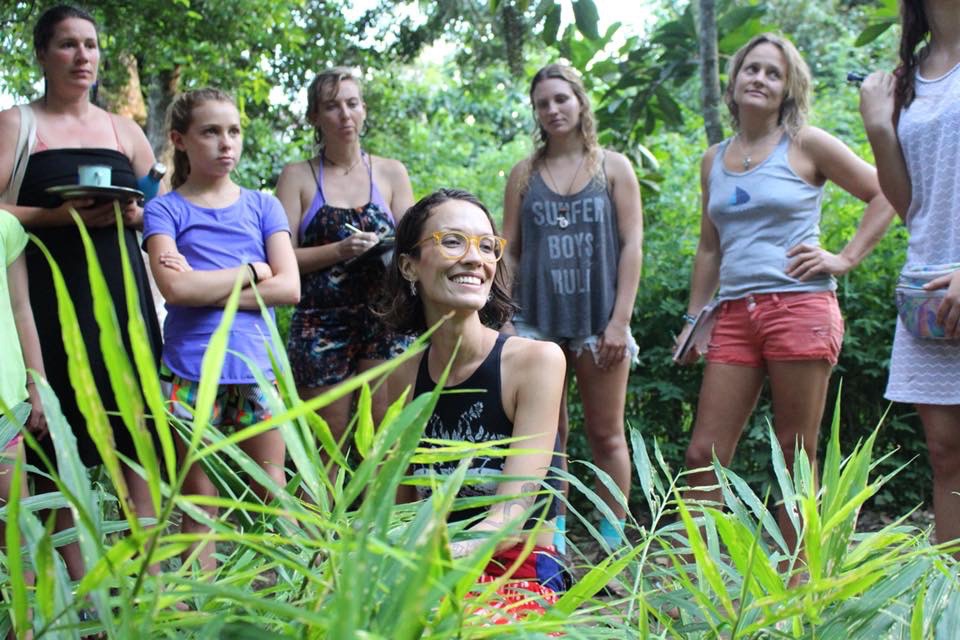 Even Burning Man – despite its rich cultural heritage and leave-no-trace ethos – releases tons of carbon pollution into the air during burns and RVs running throughout the event. It only takes seeing a Nevada In-n-Out or Walmart dumpster on the way home to glean that even sustainability may still be a far cry away. “We wanted to show that Burning Man can be a lifestyle, and while the Envision Festival is temporary, our foundation in permaculture is tangible and replicable and can be taken to the 'default' world.”

In addition to planting trees each year, cleaning up nearby beaches, funding local water treatment projects and working with schools, one of the most prized accomplishments at Envision is its herbal medical clinic, which sits adjacent to the conventional medical clinic at the festival. Together with her teacher, mentor and friend 7Song (from the Ithaca Free Clinic and the North East School of Botanical Medicine), Wu offers plant-based first aid in the hopes it will inspire others to look beyond the limitations of allopathic medicine. 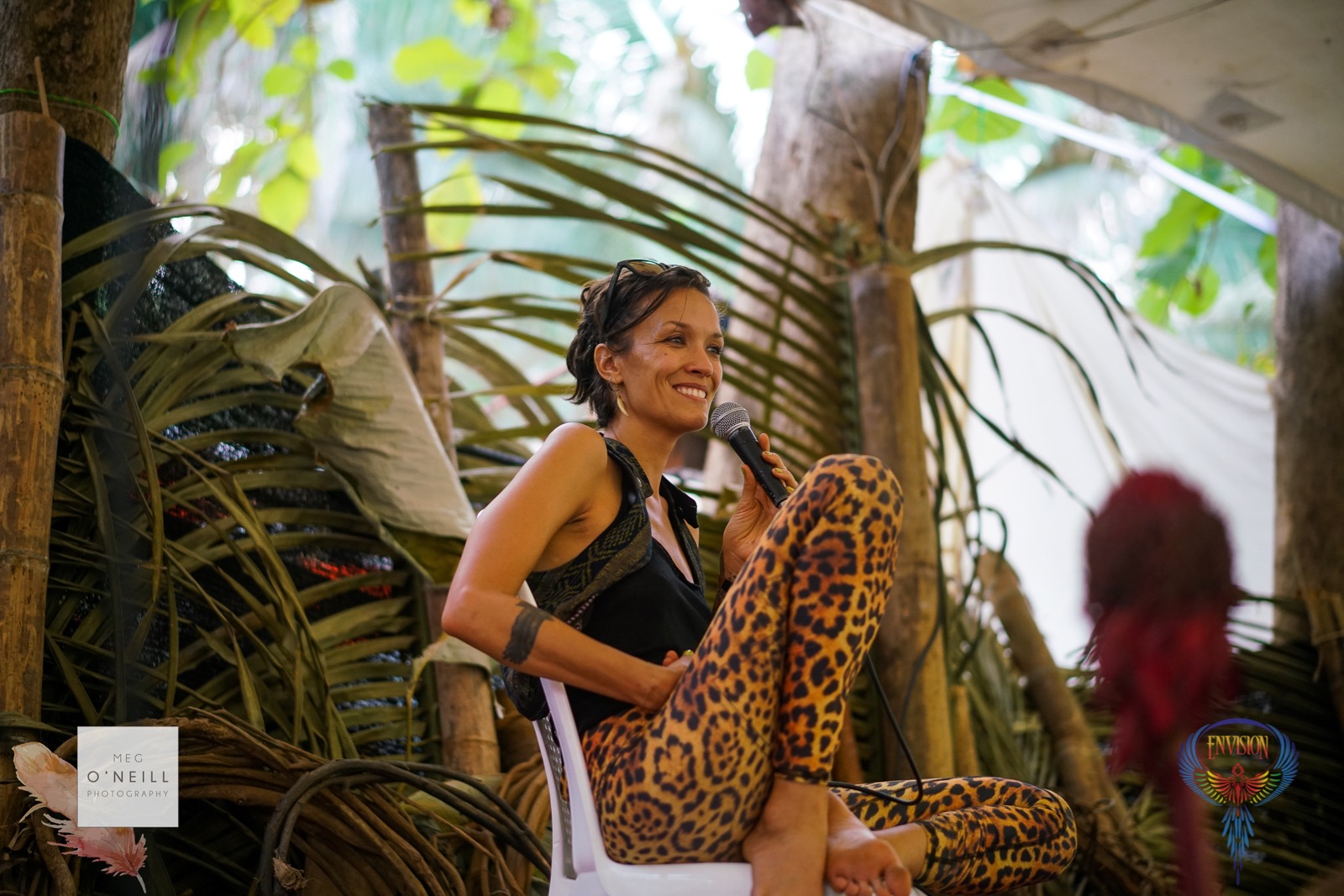 “People at one time knew the plants of the region and how to apply them for preventive, acute and chronic care,” says Wu. “We can relearn this.” As an herbalist, the aim is never to become a guru, but instead to be “the spark of inspiration that sets people on their path to health sovereignty.” To achieve this, Sarah offers student-patients a bit of magic in the classroom with talks like “Plant Energetics” and “Coming Out of the Broom Closet.”

The Path of the Green Witch 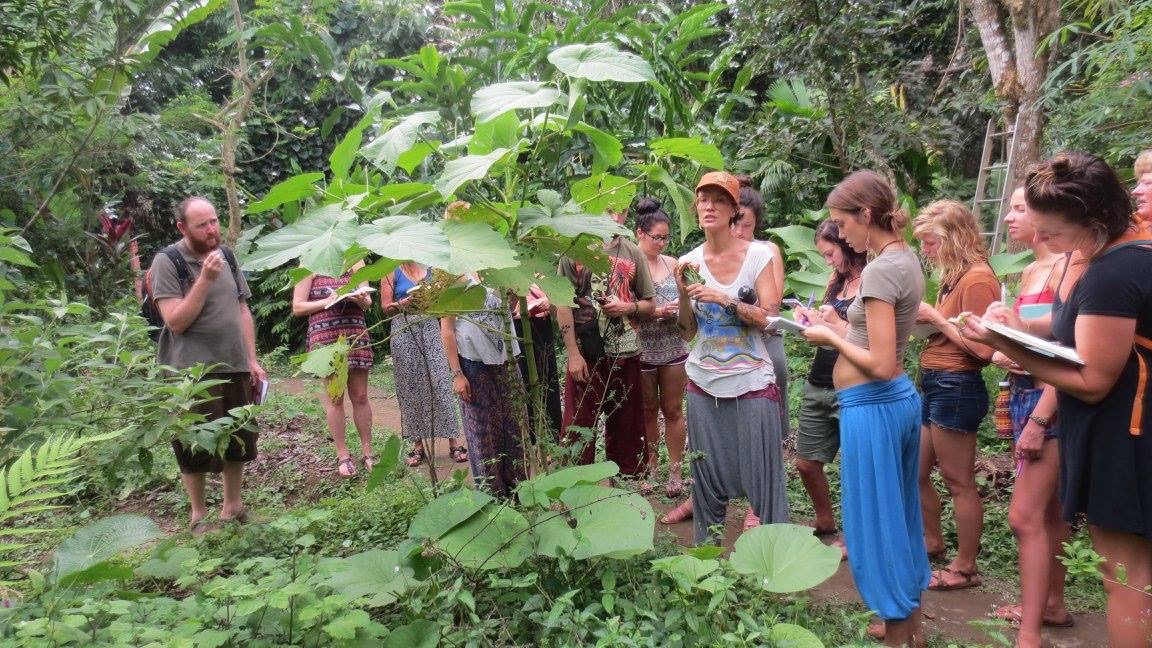 “Being a 'green' witch means that my practice is centered around the plant kingdom… though I work a great deal with animals as well… and a little bit with stones,” Wu tells Everfest. From an early age Sarah saw her cat as a family member and felt the forces of life radiate from the trees in her yard. As she matured, those experiences led her on a path to preserve and share herbal medicine. “I would have DMT-like visions as I tried to fall into sleep when I was seven,” she remembers. “I had my first prophetic dream at ten.”

According to Wu, we all have within us a way – a proverbial umbilical cord, of sorts – that can be reconnected to Planet Earth. “We were indigenous once,” she says. “No matter where you came from.” While there are many festivals that celebrate cultures, many aren't up to the task of honoring them. They even turn a blind eye to people wearing headdresses, which for Native Americans has become a potent reminder of colonialism and exploitation. With the Village Witches at Envision Festival, she takes on the difficult task of educating festival-goers about the lessons "HIStory" has forgotten, including the long-romanticized murders of women who were drowned, lynched and burned alive as witches in the American Northeast. At festivals, the Village Witches share and pass on traditions that might have otherwise been lost.

“We hold on to the last threads of intact indigenous wisdom because our souls are hungry for it," Wu says. "But what we have to realize is that we don't have to go to an Ayahuasca ceremony in Peru to connect with [our] indigenous [selves].”

What festivals need now more than ever are fresh ideas that are both genuine and radical. Sarah presents permaculture as a philosophy for living and a guide for producing events, valuing modern technologies and global perspectives while honoring past traditions and cultivating regional prosperity. To her, it’s not just about leaving no trace, it’s about developing something positive that can withstand the test of time. It may still be a long way before festivals achieve widespread sustainability, but Sarah senses a change in direction of the cultural winds and advocates that festivals purchase their own land, a la Boom Festival, so that they can fully embrace the principles of permaculture.

“As festival producers, we need to think long term, not just year to year, event to event… the faster we can get roots in the ground, the faster the lifestyle will become not just alternative, but just life.”

This article was produced in collaboration between Everfest's editors and Envision Festival.