Vendors
Photo By: The Confluence

Between experiencing more than 30 festivals a year (at least in 2013) and being the Head of Global Hospitality for Airbnb, I travel to more than half the world’s time zones in any one particular year. My photos may look bright and cheerful, but my eyes can match a distinct shade of maroon if I’m not conscious about my jet lag recovery rituals.

Yes, there are some basics most of us know about. Shift your sleeping time to the new time zone, maybe even before you leave. Be cautious of taking afternoon naps that may have you waking up at midnight. Drink lots of water and limit your alcohol use on the plane. Seek out lots of natural light. Go for a run or vigorous walk upon arriving at your destination. And, don’t forget to pack the Ambien.

But, my top choice for recalibrating my body is to find some hot, silky bathing water. Truthfully, I find such a physical relief, emotional healing, and maybe even spiritual renewal by seeking out public baths and getting naked (or nearly naked) with the locals. Given that both our bodies and the planet are composed of approximately two-thirds water, it’s not surprising that a plunge into luxurious liquid would be the most natural way to harmonize our aching bones with the time zones.

While there are hundreds of thousands of hot springs and public baths around the world (there are more than 25,000 onsen, thermal springs, in Japan alone), there are precious few in the world’s urban centers. Having bought and recreated the Kabuki Springs and Spa in San Francisco’s Japantown 15 years ago, and having frequented the Beverly Hot Springs in my hometown of Los Angeles, I’ve been a connoisseur of public baths in my own time zone, but I’ve found it difficult to find them in some of the world’s gateway cities. Here’s my list of the 10 best urban public baths around the world (warning: I have not included spas here unless they have some component of “taking the waters”).

Inspired by the history of Greek, Roman, and Ottoman bathhouses, this new, luxurious Tribeca spot has multiple bathing chambers, but the highlight is the salt baths that will help you feel weightless (not bad after all that miserable food you just ate on the plane). Perfect for couples.

This was the inspiration for the New York branch and having just experienced this underground Mediterranean haven, I can swear by it. Hundreds of shimmering candles, middle eastern music wafting, a traditional hammam for massages, and a cavernous brick-laden space make for the kind of atmosphere that will give you a sense that you don’t just have jet lag, but that you’ve time-traveled a thousand years or so. 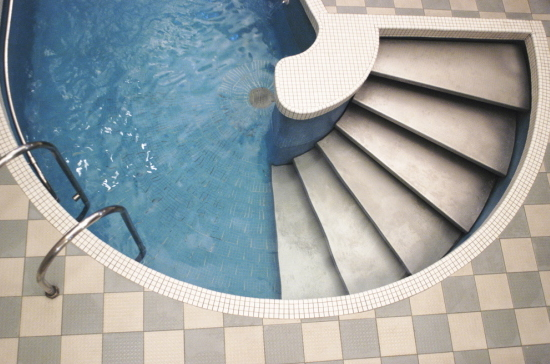 While the Roman Baths west of London in Bath are more famous, this authentic spot in a spectacular 1929 building isn’t for those looking for luxury, but it does have three Turkish hot rooms, a swimming pool, and a plunge pool. With rather meager choices in the stiff-upper-lip English capital, this is probably as good as you’ll get. 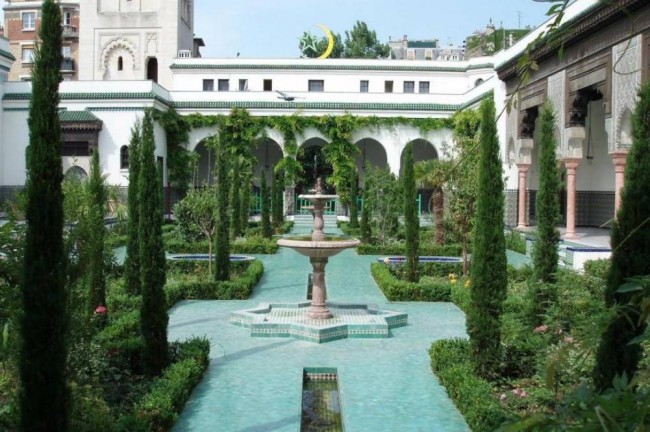 The French have a long history of being connected with the Middle East and Africa, so it’s not surprising to have a few choices of public baths in Paris. This moderately priced place with an adjoining tearoom has beautiful tile mosaics, marble, and a porphyry fountain. It’s open to men and women at different times, so check ahead. 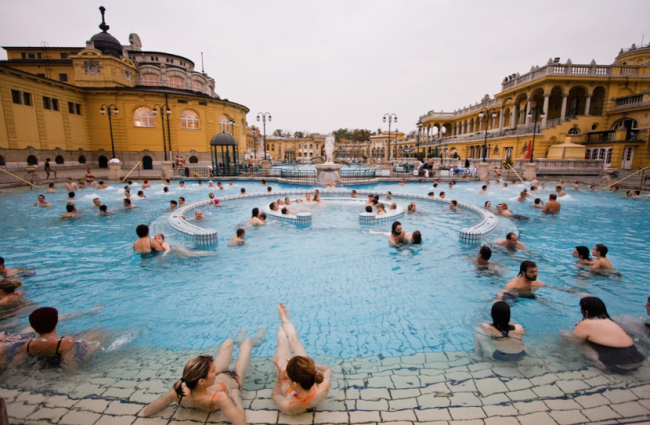 While the Gellert Baths give it a run for the money, this is the biggest and most popular in this city of baths, and, it may be the largest urban medicinal bath on the continent. The neo-baroque architecture gives a dignified ambiance to the place, but this is as public a bathing space as you may ever see with 15 different baths to choose from, many of them outside. 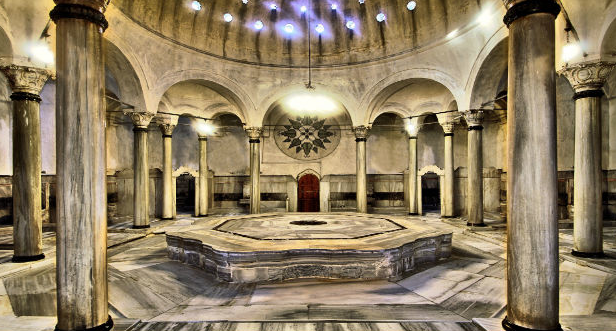 Home of the hamman experience, Istanbul gives you lots of options including Cagaloglu that comes in a close second to this nearly 460 year-old institution. The location, between the Blue Mosque and Hagia Sofia, and the architecture make this a “do-not-miss” requirement whether you’re suffering from jet lag or not. Recently given a $10 million restoration, it’s become a little more hoity-toity, but it’s worth the splurge especially if you’re a bathing fanatic like me. I fast for a day after to afford it. 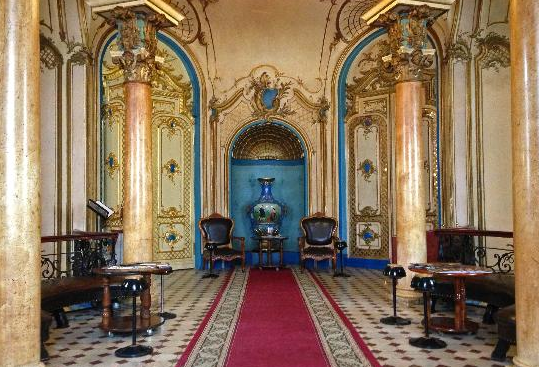 Russian baths are a robust experience. Don’t expect to be pampered. Expect to see hot stones and ladles of water to create steam (sometimes they pour beer on the steam to add some zesty smells). Expect to see Russians lightly beating the backs of their friends with branches of leaves (“feniky”) as a means of opening up the pores. Expect to see people lounging with a beer (yes, beer has multiple uses) and a snack. This is one of the largest remaining banyas in Moscow as there are only about 50 left as compared to three times that many 50 years ago. 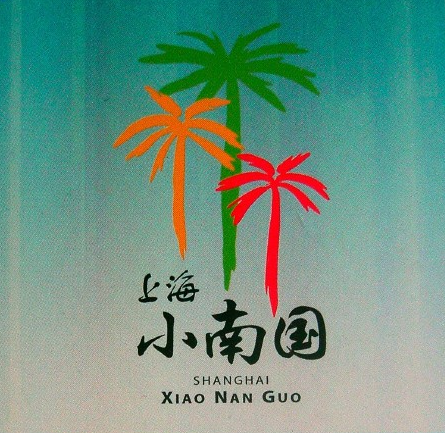 While there are more upscale spas in town, the Gubei branch of this chain has the best bathing areas including a nice outdoor spot assuming the air quality is fine. People tend to come and spend the day here playing shuffleboard and visiting with friends over a meal. 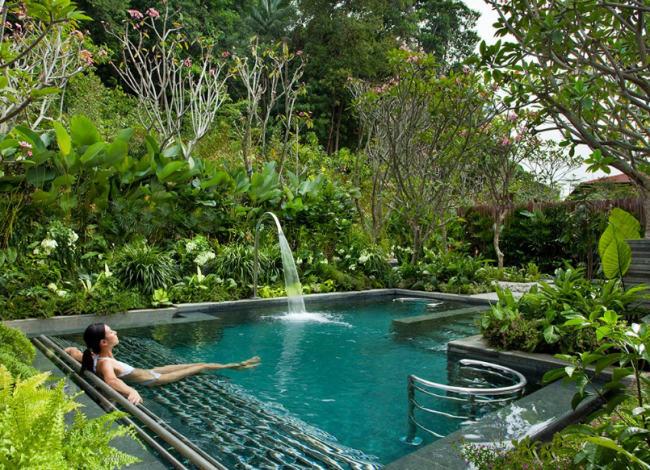 While I’ve done my best to limit chain spa operators from this list, this resort-like bathing facility and spa deserves to be included. The lush environment just outside downtown – with yoga studios and gyms along with outdoor onsen-style pools and hammam – will rejuvenate you as well as have you forgetting you’re in a bustling modern metropolis. 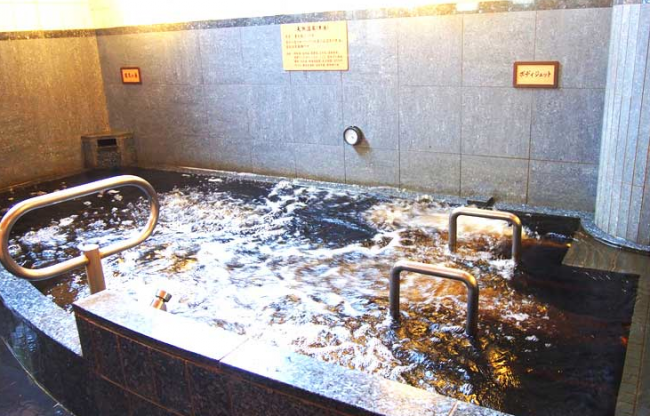 On the west side of Tokyo, this authentic sento offers baths full of thick mineral deposits as well as small zen gardens. It’s been run by the same family for almost 100 years and speaks to the culture of Japanese bathing. One of my favorite holidays of my life was a week-long Japanese bathing circuit I did to four different onsens and sentos. The good news is there are still many public baths dotted around Tokyo.

If you’re a lover of the waters, you’ll particularly appreciate Alexia Brue’s insightful and fun book, Cathedrals of the Flesh: My Search for the Perfect Bath , that chronicles her sojourn around the world testing the best bathing cultures along the way.

My last stop on this tour of six European cities is Rome, a place synonymous with Roman baths. Oddly enough, I’ve yet to find my favorite public spot to take the waters in this city. So, I’m hoping my Airbnb Host will have a bathtub and some mineral salts as I prepare for my flight back to San Francisco and another round of jet lag. Sweet dreams….