Pyramids Were Peaking This Year At Burning Man

With “Cargo Cult” the theme this year, there was an otherworldly flavor to the Burning Man art on the Playa. 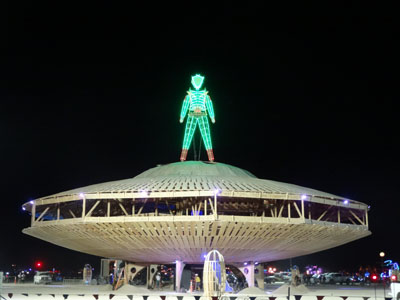 Never heard of Cargo Cults? There’s a fascinating story that comes out of Melanesia during WWII. Thousands of American GIs suddenly descended on this South Sea island chain, bearing with them unimaginable riches: magical foodstuffs that never spoiled as well as inconceivable power sources. Just as abruptly, the troops departed, leaving only broken, rusted Jeeps, crumpled beer cans, and the memory of Spam. To the astonished eyes of the natives, this was a miraculous occurrence, and they yearned for the return of abundance. Accordingly, they built totemic sky-craft in an attempt to summon back these visitors and their legendary leader, the man the Melanesians called John Frum. They had formed a Cargo Cult. 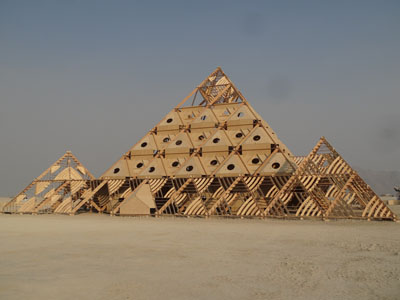 The Temple was a study in pyramids

Of course, the ultimate Cargo Cult would be aliens coming to this planet and leaving things behind. In that case, we’d be the Melanesians. 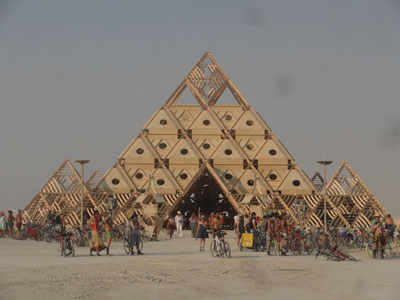 It’s somewhat unexplainable, but this fascination with aliens led to a huge collection of various-shaped pyramids showing up on the Playa this year. 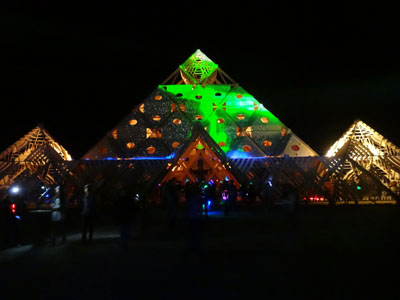 The Temple was more stunning at night 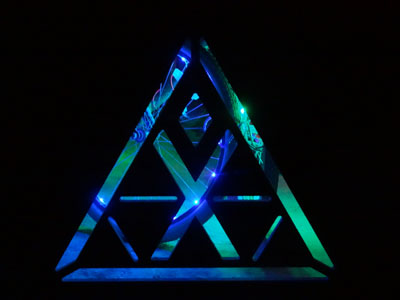 Ironically, most people drive by Pyramid Lake on their way from Reno to Black Rock City, and, one of the more prominent streets in Reno is called Pyramid. 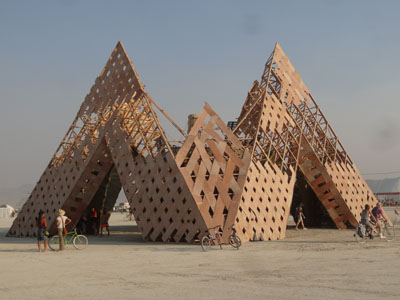 Some people mistook this Russian art project for the Temple

Given the turmoil going on in Egypt these days, this is the closest most of us will get to the pyramids for the time being. 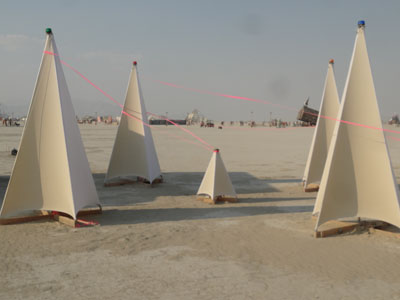 Pyramids have always held a special place in my heart. Many of you know that psychologist Abraham Maslow’s iconic Hierarchy of Needs theory – which heavily influenced my business leadership practices and I wrote about in PEAK – is framed in the shape of a pyramid. 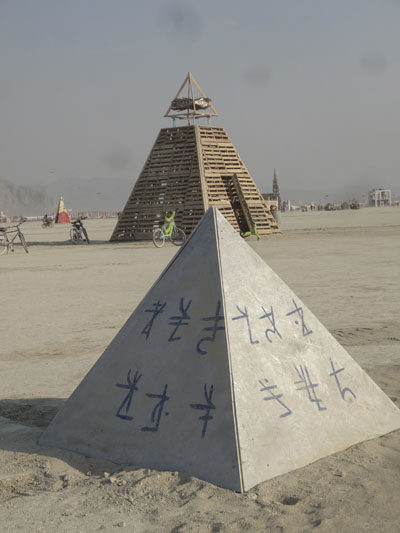 Pyramid power has long been associated with metaphysical healing, ritualistic acts, and paranormal experiences. So, it’s fitting that so many artists would use the pyramid shape to define their art on the Playa this year, almost with the intent of attracting extraterrestrial visitors bearing gifts. 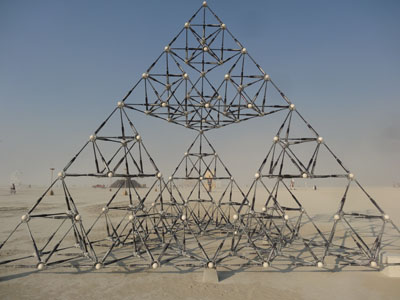 A pyramid made out of baseballs and bats 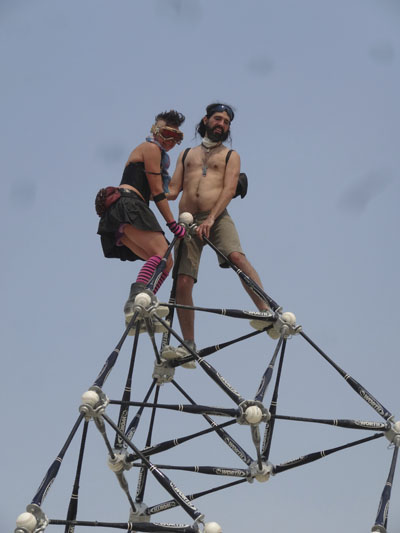 Thrill seeking Burners atop the bats and balls 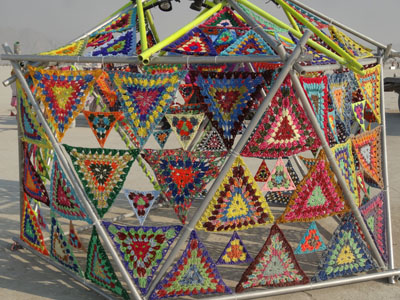 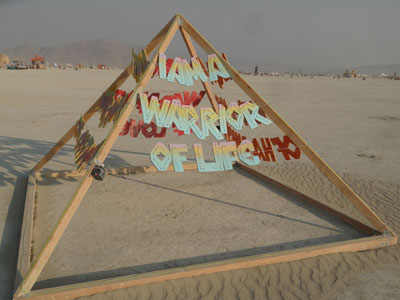 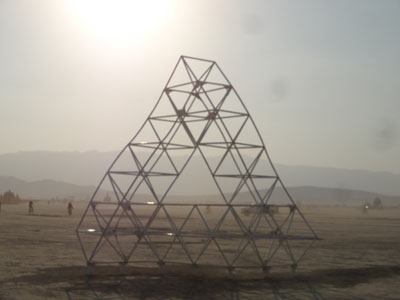 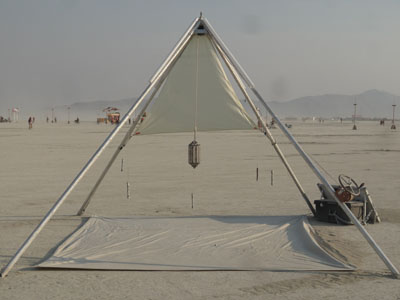 Wikipedia suggests, “Cargo cults often develop during a combination of crises. Under conditions of social stress, such a movement may form under the leadership of a charismatic figure. This leader may have a ‘vision’ (or ‘myth-dream’) of the future, often linked to an ancestral efficacy thought to be recoverable by a return to traditional morality. This leader may characterize the present state (often imposed by colonial capitalist regimes) as a dismantling of the old social order, meaning that social hierarchy and ego boundaries have been broken down.” 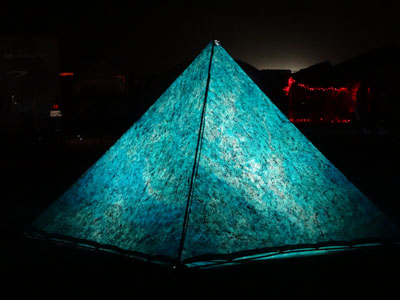 Based upon this definition, it’s no surprise that Larry Harvey had an affection for Cargo Cults as the theme for 2013. The Burning Man website suggests, “Most of us are many steps removed from the Cargo that entirely shapes our lives. We don’t know how it’s made, where it’s made, or how it works; all we can do is look beyond the sky and pray for magic that will keep consumption flowing.” 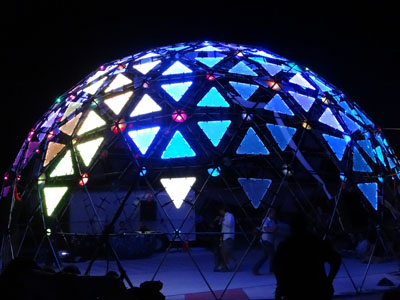