Thailand's Songkran Festival is the Biggest Water Fight in the World

While most people in the U.S. have California's devastating drought on their minds, there is one place in the world where the abundance of water is not an issue right now: Thailand. In the cities of Chiang Mai (the fest's epicenter), Bangkok and Phuket, the annual Songkran festival kicks off April 13 and will continue to soak the city until April 15, 2018.

It's a Super Soaker wielder's wildest dream; although the roots of this festival are spiritual, with water dousing representing a purification ritual to wash away evil spirits in anticipation of the Thai New Year, it’s now become an enormous, countrywide water fight. Thais spend three brutally hot days (it's usually over 100 degrees in April) soaking their fellow citizens and everyone else in what amounts to the biggest party of the year.

The spiritual aspects of the Songkran Water Festival live on through observant Buddhists who douse statues of the Buddha in scented water. Many fast, pray and give thanks to elders and monks, focusing on welcoming positive energy and spirituality for the beginning of the new year. They build small sandcastle pagodas outside temples, or observe enormous ornate floats carry statues of the Buddha through town, which people pelt with water in the name of renewal and cleansing.

The more modern way to celebrate Songkran is definitely a party – people soak each other, drink, party and generally have a ball. Water pistols, balloons, spray bottles and hoses are the vessels of purification as gallons of water are traded back and forth between revelers, usually accompanied by the traditional greeting, suk san wan songkran (Happy New Year!). 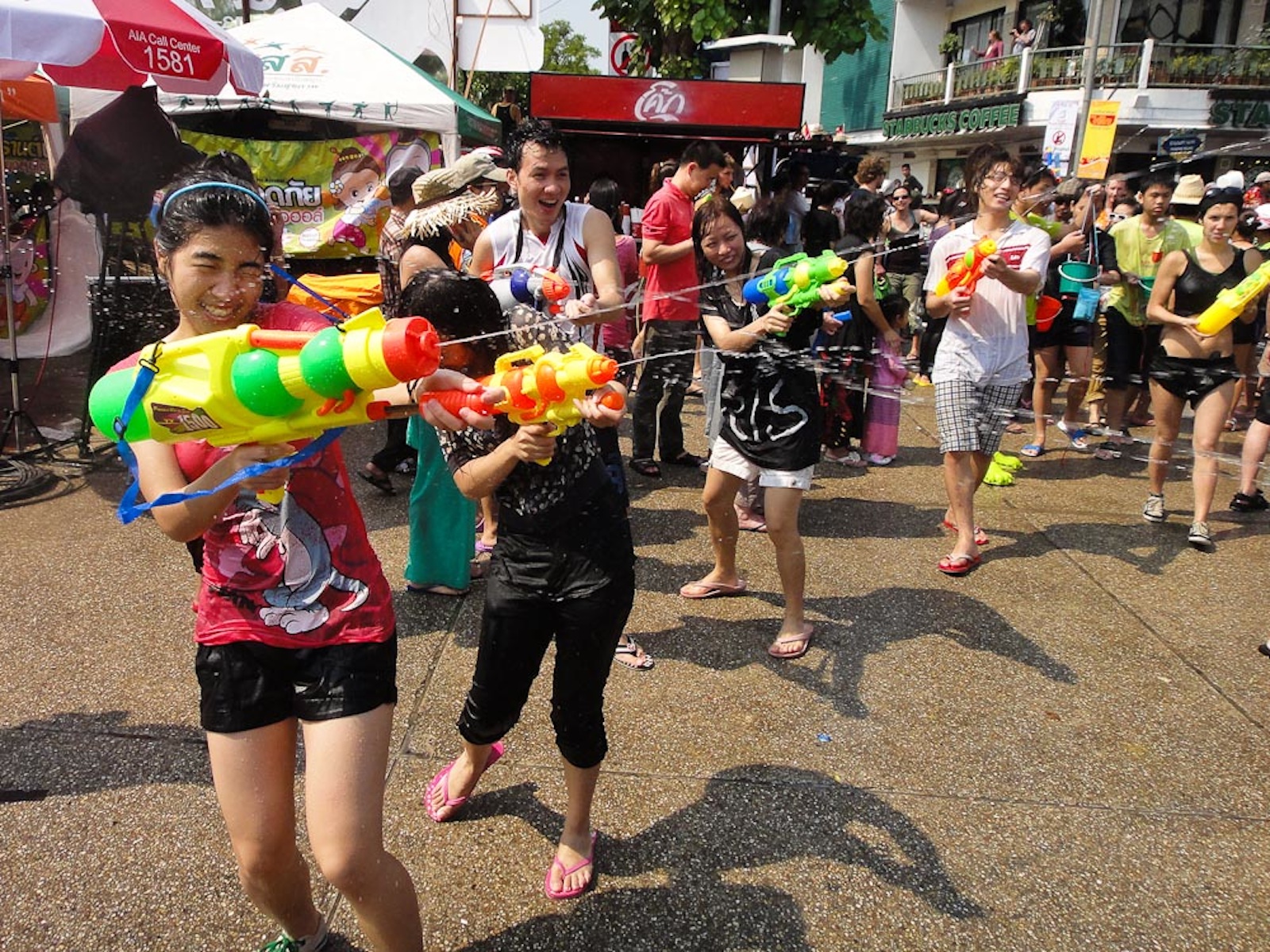 The part that makes it the most exciting? Virtually anywhere in town, you can get drenched. The question is really not “if,” but “when.” Roll down the window of your taxi, and you might get blitzed with water balloons. The lobby of your hotel could be filled with festive staff who let you have it as you pass. Turn the corner on your way to a restaurant and you may find a group of young men pointing a high-pressured hose at your face. Just remember – it's all in good fun, and you'll be thanking everyone you meet for helping cool you down amidst the scorching daytime heat.