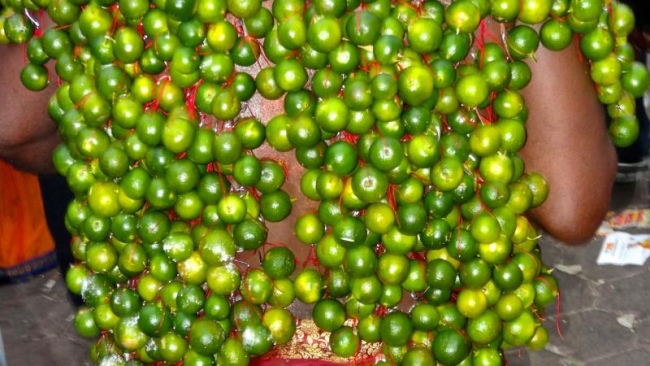 A bushel-full of limes grace this man’s back

As seen on AFAR

At the Thaipusam festival, beware that the person next to you may spontaneously erupt in flailing arms and erratic dance moves. This is particularly perilous when it happens midway up the 272 steps to the Batu Caves.

It’s most often for the trance to come upon a devotee when the Swami chants, prays, and clasps the devotee’s head. There are hundreds of sages (or Swamis) with followers all over the Batu Caves grounds. I watched one Swami flick his thumb on a student’s forehead and immediately the student started shaking in a semi-conscious state and then dancing uncontrollably. 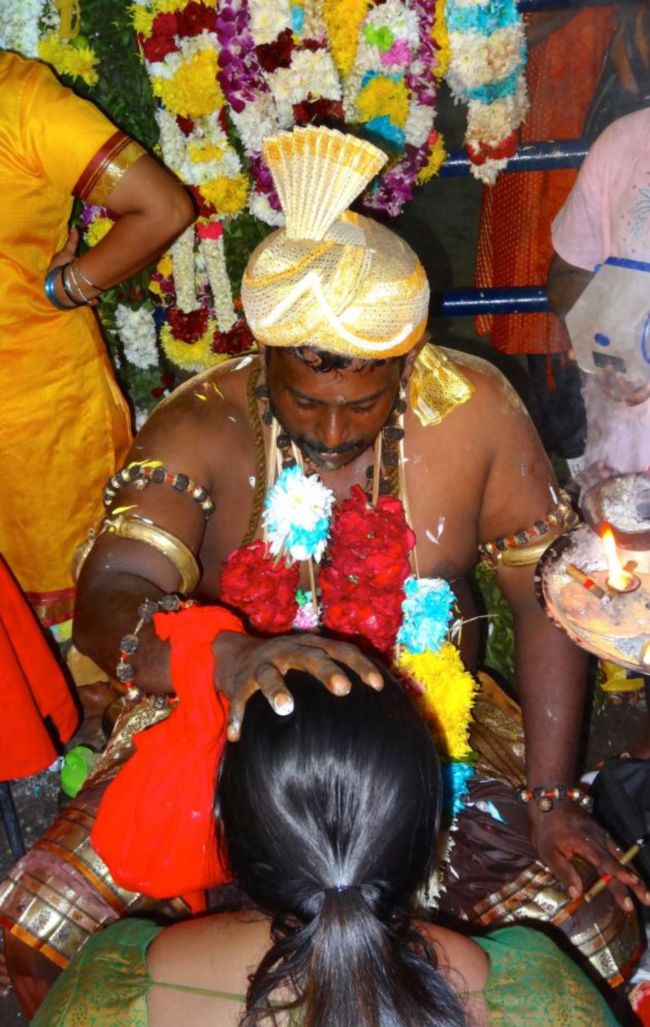 This particular student also had a vel (a piercing spear) through his tongue so it was hard to understand what he was saying. Within five minutes, he’d settled down, his vow fulfilled, some new holy ash sprinkled on his forehead, and, with the storm passed, everyone else seemed satiated as well. 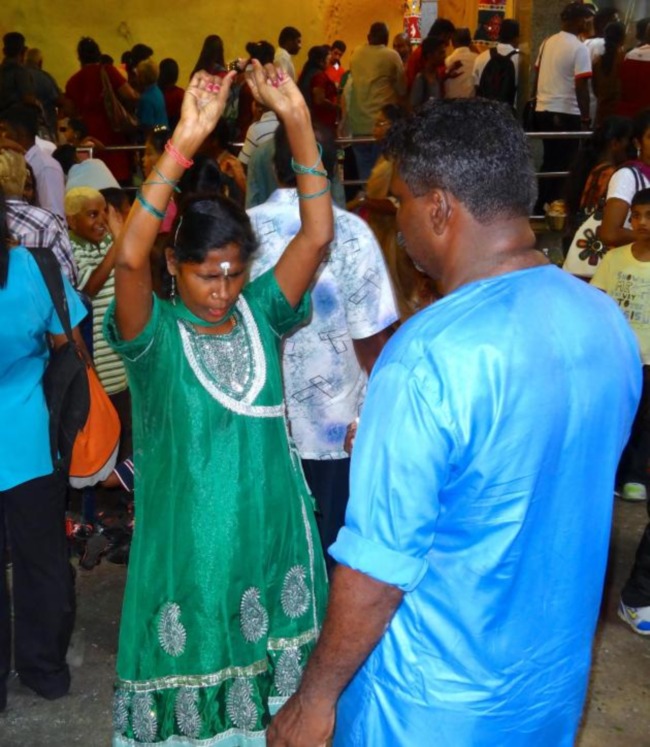 Woman in the midst of a trance dance

Prior to arriving at Thaipusam, I thought that it was mostly men aged 15 to 45 who sacrificed by carrying the kavadi. My surprise was that there were ample numbers of women who were making the trek with milk balanced on their head and, often, a spear through their face. 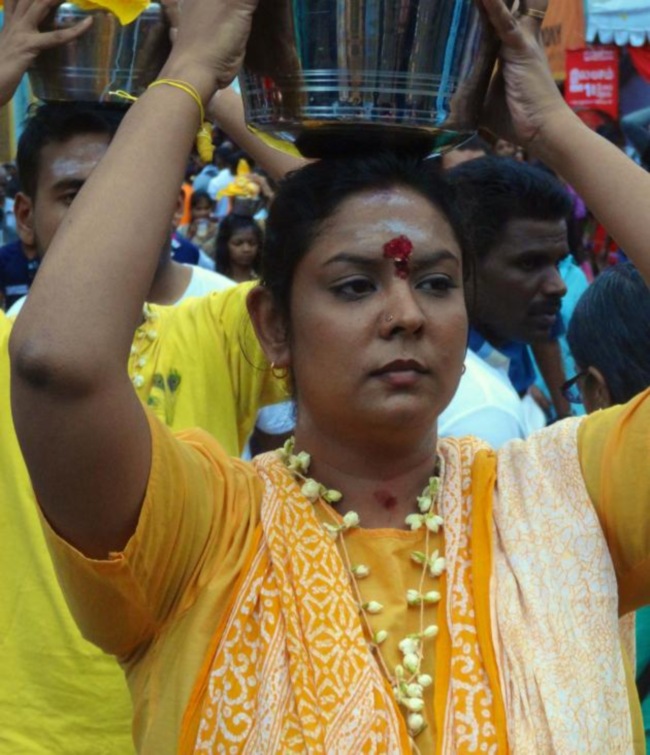 And, the number of older men (some obviously older than 70) was also intriguing as it’s impressive that they are able to sustain such a grueling burden. The photo at the top of this post is this same older man who appears below. 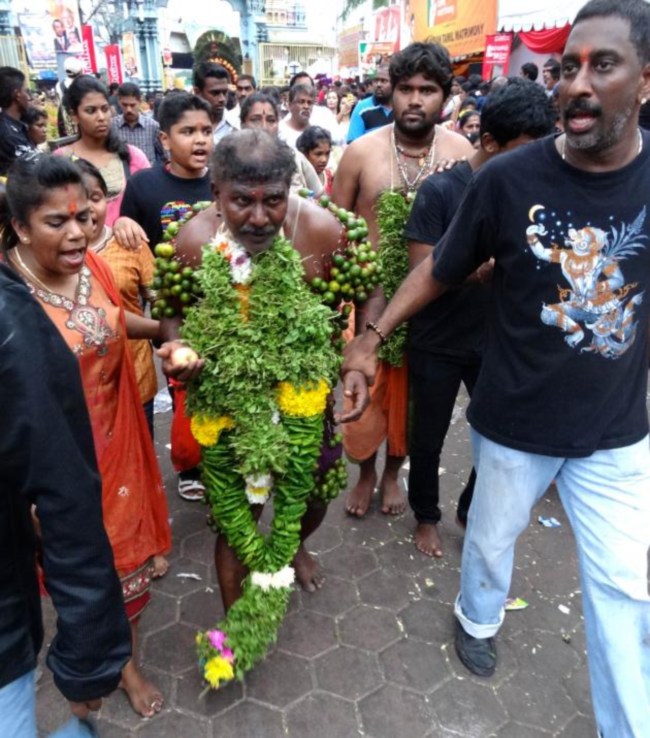 This man had more than 100 limes hooked to his body

All in all, Thaipusam is a perfect precursor to my upcoming trip to the mother of all Hindu festivals, Kumbh Mela in Allahabad.