The Coachella Valley Music and Arts Festival is a behemoth of the festival world. The event offers some of the best production value, most sophisticated logistics, and cutting edge performances in the music industry. Each Spring aficionados, artists, socialites and gaggles of young festival fans make the pilgrimage to Indio, California to experience new music and epic reunions as well as to see and to be seen in the picturesque Southern California desert. Promoter Goldenvoice runs a powerful operation that grossed $85 million in 2016. With increased attendance caps the event is only going to grow. From this perspective, Coachella is an enormous success.

However, for members of the Burning Man -inspired alternative (sometimes called transformational) festival scene, Coachella typifies a mainstream ethos in stark contrast to their counterculture values. The two marquee events share some similarities but many differences. Coachella is an expertly executed mega-concert with every detail managed by a sophisticated team whereas Burning Man is an experiment in mindful community produced by its participants. Black Rock City is a space for interaction, immediacy and participation whereas attendees of Coachella maintain more insular groups with friends engaging with each other and with the music directly. Both events involve a particular statement of personal style but while Coachella is the trendsetter for mainstream summer fashion, at Burning Man self-expression is intended to be radically individual.

Straddling these two identities is a vibrant alcove at Coachella called the Do LaB Stage, a glimmering oasis in the arid landscape. This tucked-away corner is both a literal and figurative refuge from the heat of the festival. Colorful characters blast water guns from the stage while the whole area thumps with fresh electronic beats. The contoured rainbow canopy helps to block the desert sun while enveloping attendees in an intimate environment in sharp contrast to Coachella's other cavernous domes.

“First and foremost it’s the only stage out there that's driven by its aesthetic,” says Dede Flemming, spokesperson for the Do LaB and one of the three brothers who help guide the company. “It's always a new structure (with the exception of this year because of its popularity) and people get excited to see what it is and how they can interact with it.” Interaction allows attendees to participate with and take responsibility for creating the vibe. There is an immediate feeling of community at the stage because of the intimacy created.

“There are a lot of features that make people feel like they're involved in the stage and not just a spectator,” Dede continues. “The dancers, the people shooting them with water. The close proximity to the DJ or performers also gives people a sense of intimacy that they don't have at Coachella's larger stages.” The Do LaB pulls advanced partiers from the Coachella crowd as they wander by the turtle-shaped Big Fish lulled by fresh, new sounds. Anecdotally, it seemed like there was less trash underfoot at this particular dance floor, more friendly smiles, more creative attire and a welcoming energy throughout.

The Do LaB Stage is a self-contained operation. Its organizers build their own stage according to their aesthetic, book their own talent and generally function autonomously within the broader festival. They even have a backstage chill area for professionals in the festival community. “It's a family vibe,” says Dede. “With everyone bringing passion and sense of ownership in the end results. The people that set it up, break it down, spray you with water and sometime perform on it are all the same. That energy is felt by the people in the audience.” In this sense the experience mirrors alternative festival culture itself.

In 2000, the brothers threw the first Lightning in a Bottle (LIB) as a birthday party for brothers Jesse and Josh Flemming. Over the years LIB grew and spawned the then collective The Do LaB, which produced its first stage at Coachella in 2004. Lightning in a Bottle, an immersive art and music festival, is a cross between the dynamic programming of Coachella and the participatory community of Burning Man. A model for similar festivals, LIB  exemplifies the alternative scene on the West Coast. The event sold out for the first time in 2015 at  25,000 attendees. The Do LaB also launched two new events in 2015,  Woogie Weekend and the Dirtybird Campout, a collaboration with popular SF record label Dirtybird.

Once coaxed into the Do LaB’s unique environment at Coachella, attendees learn about Lightning in a Bottle. For more on LIB's role in this process, read Wesley Wolfbear's  The Do LaB is a Mainline from Mainstream to the Underground. The wormhole travels from the Do LaB stage, through Lightning in a Bottle and finally to Burning Man and other similar small events.

Here are a few case studies of individuals who arrived at Burning Man via the Do LaB wormhole and the ways they share Burning Man culture with the world.

"My first west coast festival was Coachella in 2010. There was an incredible experience at the campgrounds called Makeover Mechanix that allowed participants to get their hair done in wild and crazy ways and get airbrushed body paint. The second day, I was transformed into a wild geisha fairy princess by these magical creatures. They told me they were a part of the Do LaB. I couldn't believe that they were associated with the oasis where my mind melted the day before listening to the most strange, intriguing music I had ever heard. The blend of art, new music, dance, and costumes completely blew my mind. On Sunday, I returned to Makeover Mechanix to thank them for my transformation and a man there said I needed to go Lightning in a Bottle that year and Burning Man within the next three. I went to LIB the next year which confirmed my increased interest in the transformational festival scene. For the next three years, I threatened to "run away with the Do LaB" every time I was frustrated with the default world. It took me a while to realize how I could truly contribute to the scene but it was that first experience that inspired me to continue my personal exploration. Forever thankful."

Tessla is one half of the Glitter Spies , with a mission is to style magical creatures while uncovering the best in music and fashion along the way. She is a model of radical self-expression leading to radical self-acceptance in the festival community. 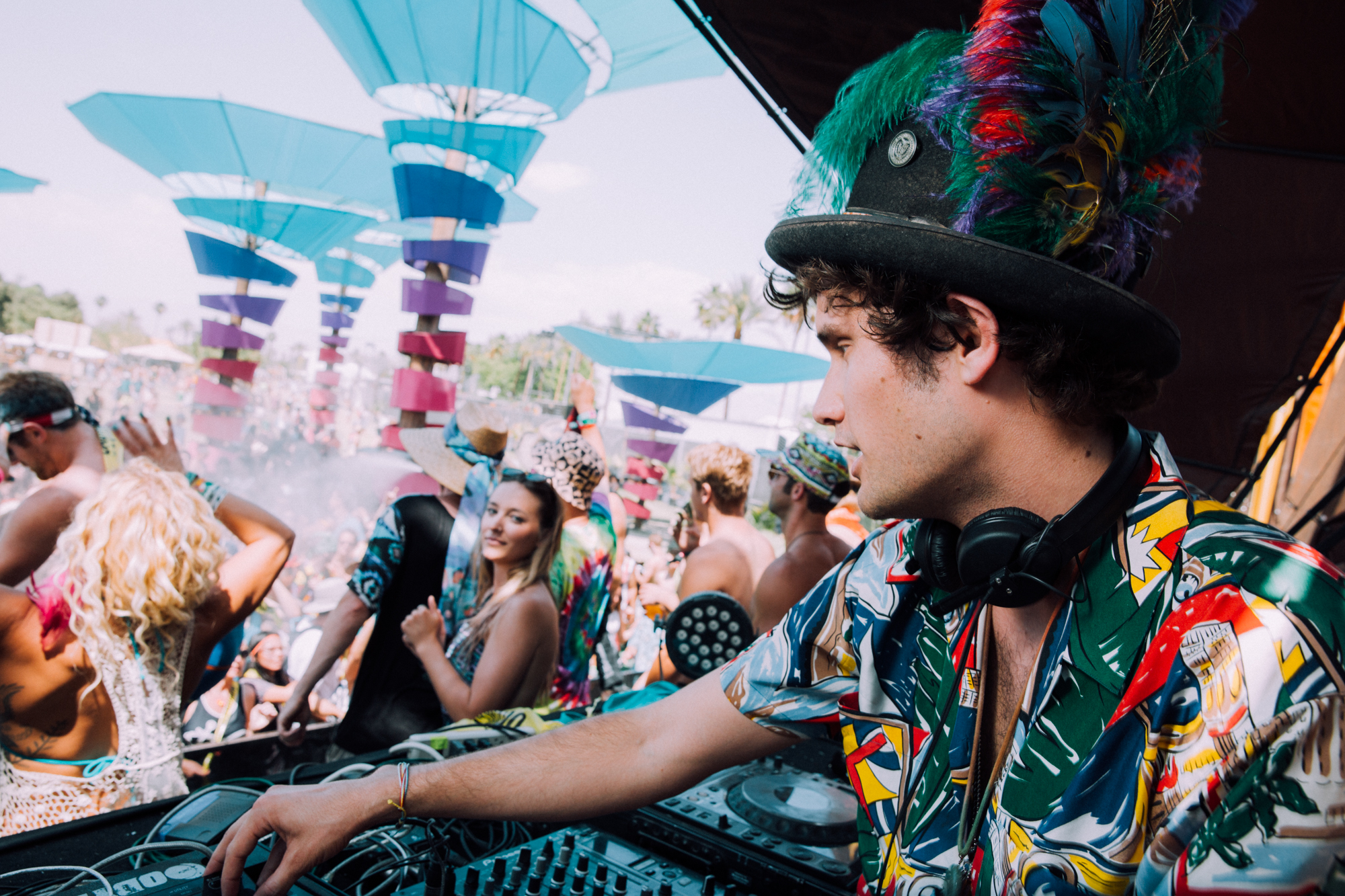 "I'd been going to Coachella for five years in a row always thinking that it was the best weekend of the year every year. The Do LaB stage was always a favorite of mine at Coachella but it wasn't until my friend dragged me to LIB did I discover what Burner culture was all about. On the Woogie Stage dance floor I was having a freakout epiphany that I was at the best party in the world, and some lady tapped me on my shoulder and said 'if you think this is good, you need to go to Burning Man.' Me and the rest of the would be Desert Hearts Crew went home and bought our tickets to Burning Man the next day and the rest is history."

Mikey is co-founder of the popular San Diego micro-festival Desert Hearts which helps to spread Burning Man principles to a new generation of house music fans. 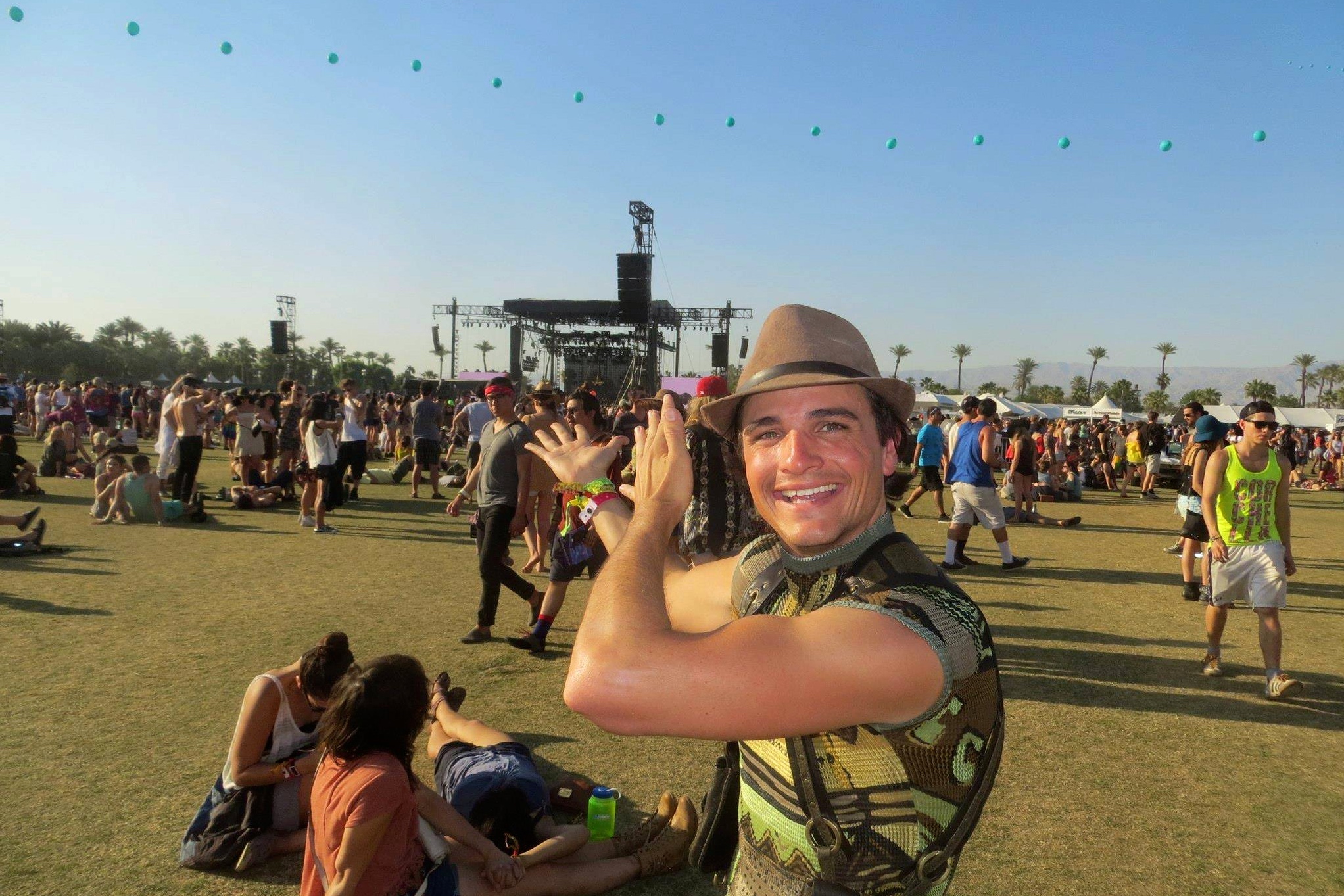 "The process goes like this. People go to Coachella and discover the Do LaB stage. They meet incredible people who invite them to LIB. They go to LIB and meet even more incredible people who then invite them to Burning Man. They go to Burning Man and become a part of the epic burner community. Then they hate on Coachella and call it corporate...."

Amongst Tucker’s myriad offerings from his role as The Festival Guy to his app Festevo, there is a fierce commitment to spreading Leave No Trace Principles to mainstream festivals.

Why the Wormhole is a Good Thing For Burner Culture

Burning Man tickets sold out in 2011 and scarcity has led to an unfortunate insularity within the community that runs counter to its principles. This is understandable, as people wish to preserve the special experience they remember. Whichever year they arrived on the playa represented a taste of an alternative to the banality of modern life. With its open-source nature Burning Man can feel uniquely one’s own and any change can feel like a loss. Yet, a certain sense of loss is unavoidable. Black Rock is a temporary city, so each year Burning Man arises anew. It will never be the same as the halcyon days – whatever that means to you. New attendees deserve the chance to experience the magic of the playa and at the same time, allowing for the principle of radical inclusion while maintaining a balanced community of veterans and newbies is a challenging dance.

Every decision of the Burning Man organization to maintain the event’s culture is considered controversial by some. However, the choice to offer a direct sale to legacy participants who build the city and an individual sale open to all is an exemplary way of maintaining the right ratio for acculturation to occur. In short, the producers are doing their best and the onus for teaching newcomers rests on veterans themselves.

Burning Man's growing influence on popular culture is well-known in festival circles and beyond. In order to maintain the culture of Black Rock City, dedicated acculturation is an imperative; we should be grateful for wormholes that do part of the work for us. Yes, they bring more people to the event but those new citizens come with a genuine curiosity and interest, and arrive better prepared.

When asked if this service is by design, LIB's Dede Flemming explicitly states that educating people with good party principles is not intentional, but rather the byproduct of the people involved. “We're simply doing what we enjoy and what inspires us and everything else is a byproduct of that,” he claims. However, when people behave in a way that creates an excellent vibe, it inevitably influences those around them.

Burners should embrace the new citizens who come through this portal and honor the work that they do to spread burner values in the world. In fact, burners should actively seek opportunities to create even weirder wormholes out in the world and especially at festivals that bring people into the heart of what Burning Man is all about. Radical inclusion is only radical if it involves those foreign to our ways.

The wormhole goes both ways. In addition to populating other California festivals like Lucidity , Enchanted Forest, and Symbiosis Gathering , burners also return to Coachella. They share their values beyond the Do LaB Stage and continue to effect mainstream culture. They even take the time to catch some of those exceptional performances that can only happen on the Empire Polo Fields.