Vendors
Photo By: Courtesy of Rock in Rio

The Most Crushing Performances from Rock In Rio's Vegas Debut

This past weekend, one of the world’s largest music festivals, Rock in Rio, made its way to Las Vegas for the first time, and it did not disappoint. For a festival in a desert city, Weekend One was unusually chilly, especially when the sun set. Thankfully, the dancing and the jumping caused by some incredible bands helped warm the crowd up. 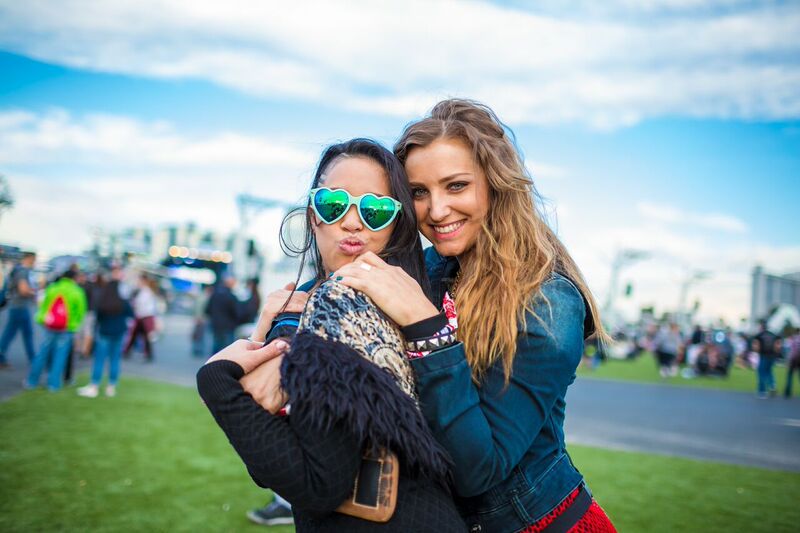 Photo courtesy of Rock in Rio

Day One got off to somewhat of a slow start, but then again, the festival did begin at 3 pm on a Friday afternoon. The show picked up when Theophilus London—who subbed in for alt-rockers Bleachers, who backed out just a short time before the event began—took to the stage and gave it his all, despite the sparse crowd in front of him. The majority of festival-goers hadn’t yet arrived, but you could already feel the energy building. 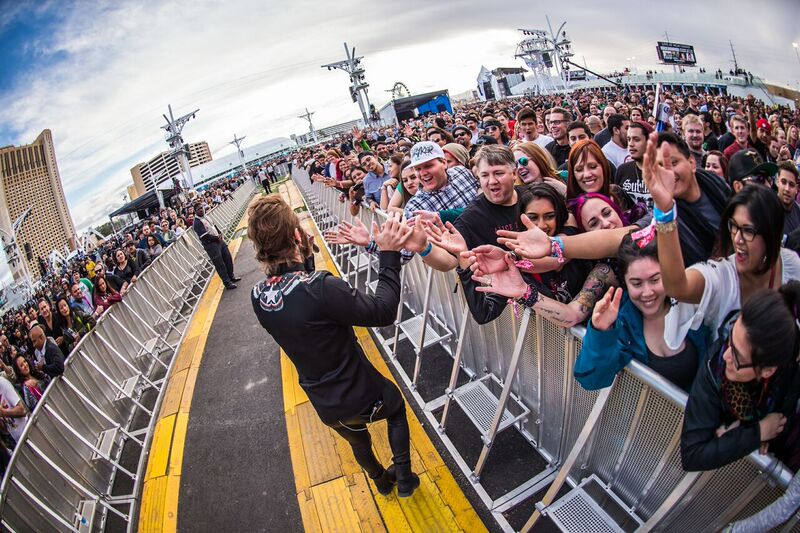 Sets by Gary Clark, Jr., Foster the People, and Smallpools all kept the party going on the lighter of the two rock days, but they were all just warming the crowd up for the main event. By the time No Doubt was scheduled to go on, the excitement could not be contained, and at one point before the band took to the stage there were hundreds of fans shouting “Gwen!”, and they didn’t have to call out for long. 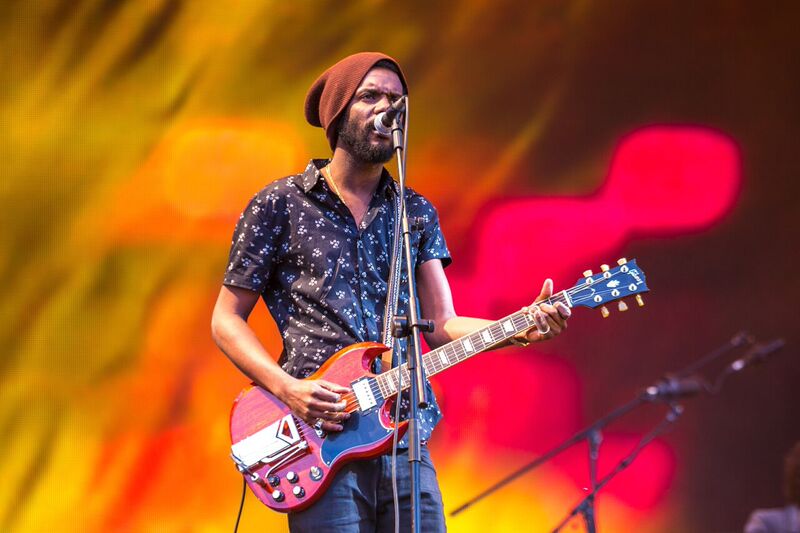 Even after almost thirty years together (if you can believe it), No Doubt still deserves a headlining set like none other. At the age of 45, Gwen Stefani’s stage presence and energy puts those half her age to shame. By the looks of the crowd that night, nobody skipped out early, and everyone had saved some energy to jump when the singer commanded, which she did on more than one occasion. 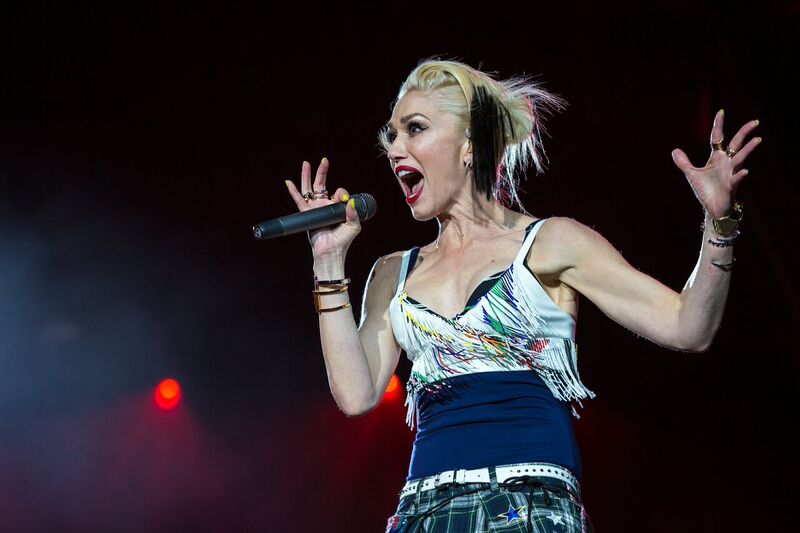 Gwen Stefani of No Doubt. Photo courtesy of Rock in Rio

While the entire first weekend is dedicated to “rock” acts, the overall feeling of Friday and Saturday could not have been more different. While the first night may have seen plenty of No Doubt fans enjoying themselves, Day Two saw some of the most committed fans in music running to be front row for the headliners, who didn’t take to the stage for another eight hours or so. 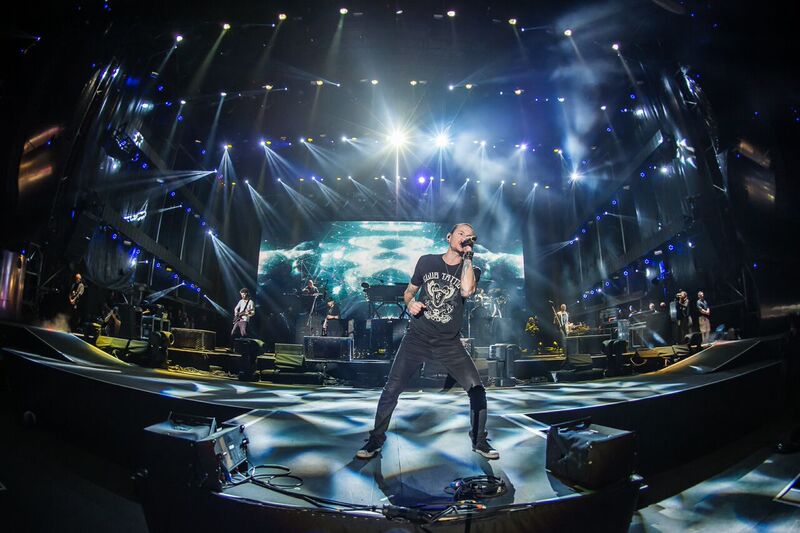 Brazilian metal group Sepultura may not be as well known in the States as they are in Central and South America, but that only gave them more of a reason to rock as hard as possible. At one point when their bass was at its peak, the power went out entirely in the press room. Are they the Beyoncé of the metal world? After that performance, I’m beginning to think so. 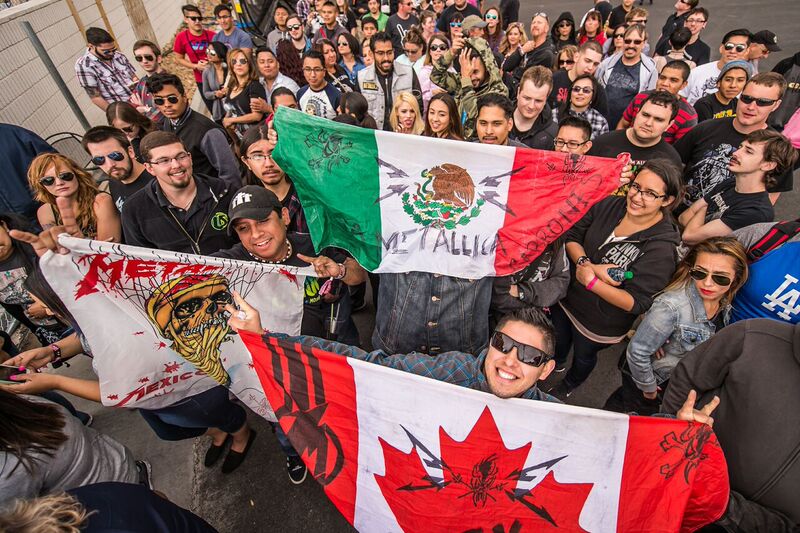 Rise Against and Deftones also gave excellent sets, and Linkin Park’s Chester Bennington showed that even after all these years, he can still scream like he always has. As LP ended their set and fireworks went off, the crowd’s anticipation for one of rock and roll’s biggest names could be felt by all. It seemed like everybody at the festival was wearing a Metallica t-shirt, and there were plenty of tattoos and even a haircut with the group’s logo. 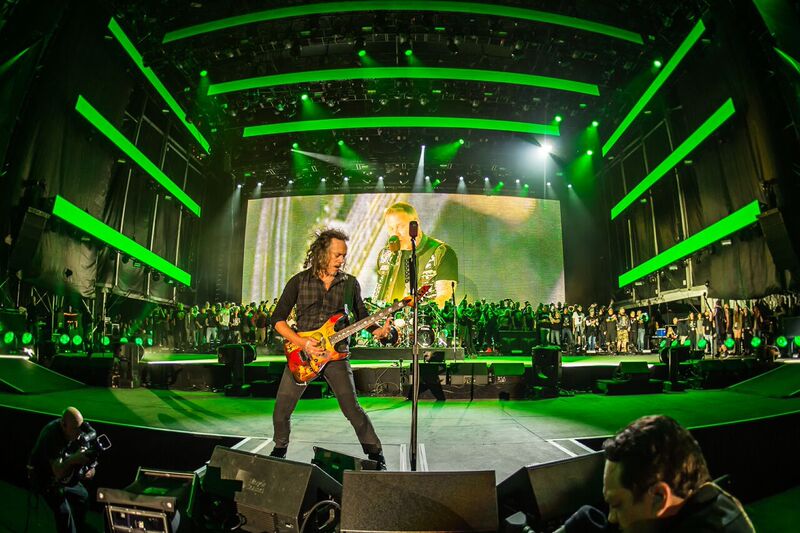 When the band finally walked on stage, lead singer James Hetfield tricked everybody by beginning “I’m sorry to have to announce this everybody, but…”, only to have his fellow musicians hit their first note hard, and from then on, they never looked back.

After so much rocking, attendees are definitely going to need a week off before returning to the grounds for weekend two of the festival.