To the untrained eye, most stage sound systems might look like little more than a wall of oversized speakers with a podium for a Macbook Pro. But in the dynamic, ever-evolving world of sound design, there are all sorts of details to know. The earth-trembling audio – full of clear notes, low beats, and dreamy harmonies – at these stages is all about what you don't see.

To learn more about the gear at three of the most beloved stages in the festival community we spoke with four experts about the technology they use to make music into memories. But first... 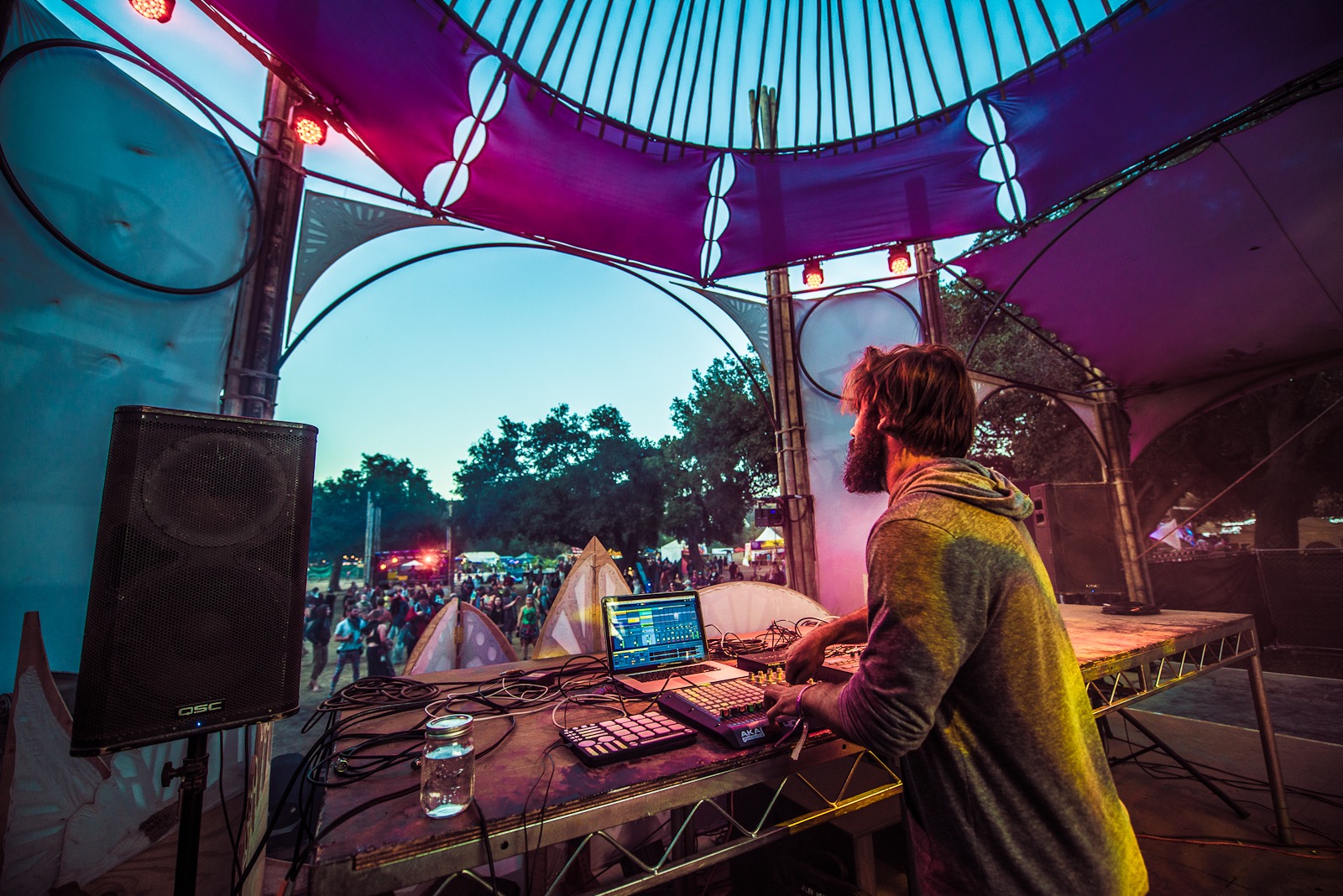 According to Lucidity Fest's Alive Stage manager and Fest300s own Michael Mooneyham (brilliant author of Where to Stand for the Best Festival Sound and the Essential Guide to Tent Sex), simply getting all the essential gear to the venue on time and scratch-free can be a huge challenge. Weathering the elements of the outdoors present risks to the technology as well. “Keeping said lifetime investment clean and dry, particularly the amps” is also key, Mooneyham says, along with meticulous aftercare. For instance, Mooneyham pointed out “every enclosure after [Burning Man] must be disassembled, blown out carefully and cleaned, unless you want to fry a voice coil at the next gig.” In addition to these concerns, Mooneyham also hinted to the importance of pre-care. “Make sure [they] provided enough circuits for your rig along with clean power,” he said. “Because a slight mix-up could pour twice the required volts into a processor rack and fry it.” Clearly, for sound technicians, it’s much more involved than plugging in and hitting Play. 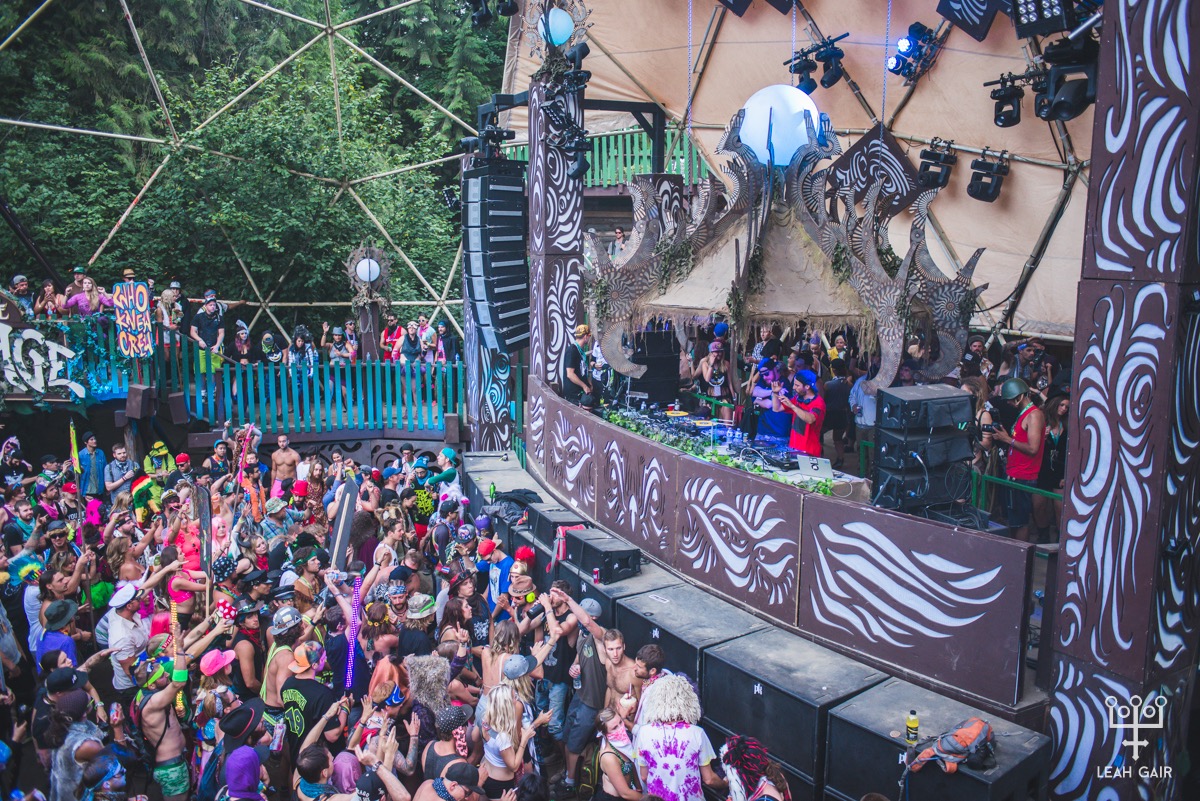 With about a decade of history in the business, PK Sound stands as one of the longest established names in the industry. While five of the six stages at Shambala are run with PK Sound, the Village Stage is the most known for its deep bass, big hearts, happy smiles and vibes. Adam Lewis, the Audio Production Manager at Shambhala and Production Coordinator at PK, described a few of Shambhala's unique advantages, not the least of which is the fact that stages at Shambhala are permanent structures. Because of this, Lewis explained, “We can install permanent rigging points and give suggestions of what sounds good each year. Having a permanent concrete pad is nice too, because we’re dealing with dirt so having that platform makes it much easier for us to unload and get setup.” With a sound infrastructure (pun intended), PK is able to test out some of its most innovative gear at the festival, as well.

According to Lewis “The Village Stage has the newest system on the market. It’s horizontally and vertically adjustable so that we have much more control over how audio is focused. This year we also showed off the fully completed Trinity sound system – our latest and greatest tech.”

To Lewis, Shambhala has long been a proving ground – but that's not the whole story. “There's a lot of teamwork here too,” he explains. “In the Village crew alone there are almost 100 people that make it possible and PK sound also keeps an additional 25 exclusively dedicated to sound at the festival just to make sure everything turns out perfect.” The magic is really in how all these experts jive with one another. According to Lewis, “The collective effort [of] coming together is really what makes the Village such a unique experience. It’s the collision of five incredible dreams out of a very special collaboration.” 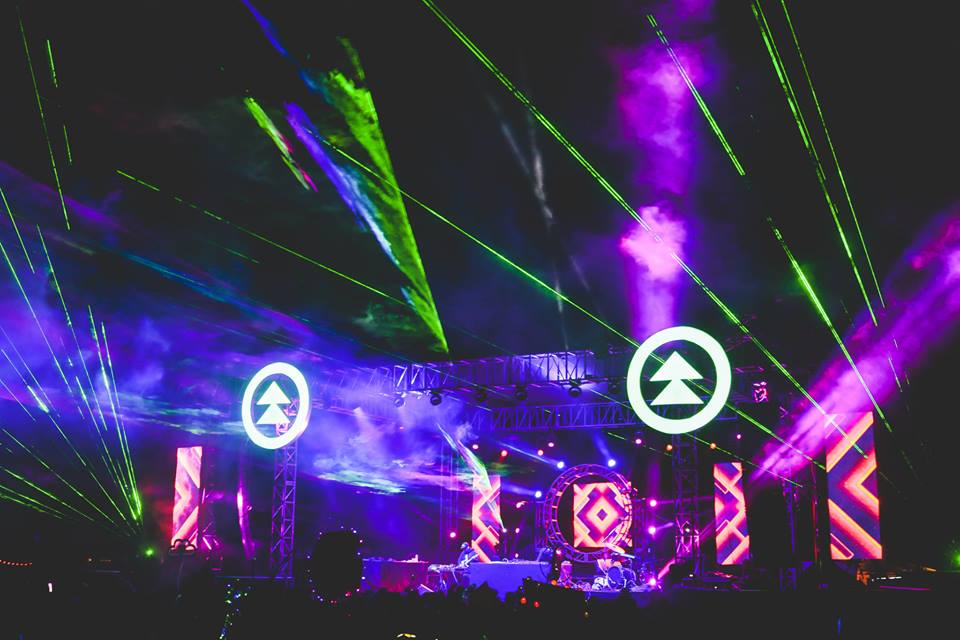 At Northern Nights, the main stage is an important investment in the culture of the event, and the technology has quickly grown in step with the festival's production. In the three years this festival has been around, the speaker setup at the main stage has progressively gotten larger to better take advantage of the natural acoustics of the forest.

Alex Knappitsch spoke to us about the Void gear that was used at each stage at Northern Nights this year, including the signature main stage. His company Basscraft was the first to bring Void gear to the West Coast, and for about six years has been introducing it at festivals across the country.

Each year, the sound technicians Ancient Youth must accommodate a variety of acts from different genres. To avoid a lot of cumbersome reconfiguring from one artist to another, they bring a Void system. Knappitsch explained that “in the first year, for instance, they brought 24 single, 18-inch subwoofers. This year, they came in force with 16 line array elements , which provided better coverage in the bowl.” In other words, there were eight stacks of speakers on each side of the stage that effectively bathed the crowd in a vortex of percussion.

The Woogie Stage at Lightning In a Bottle: Funktion-One 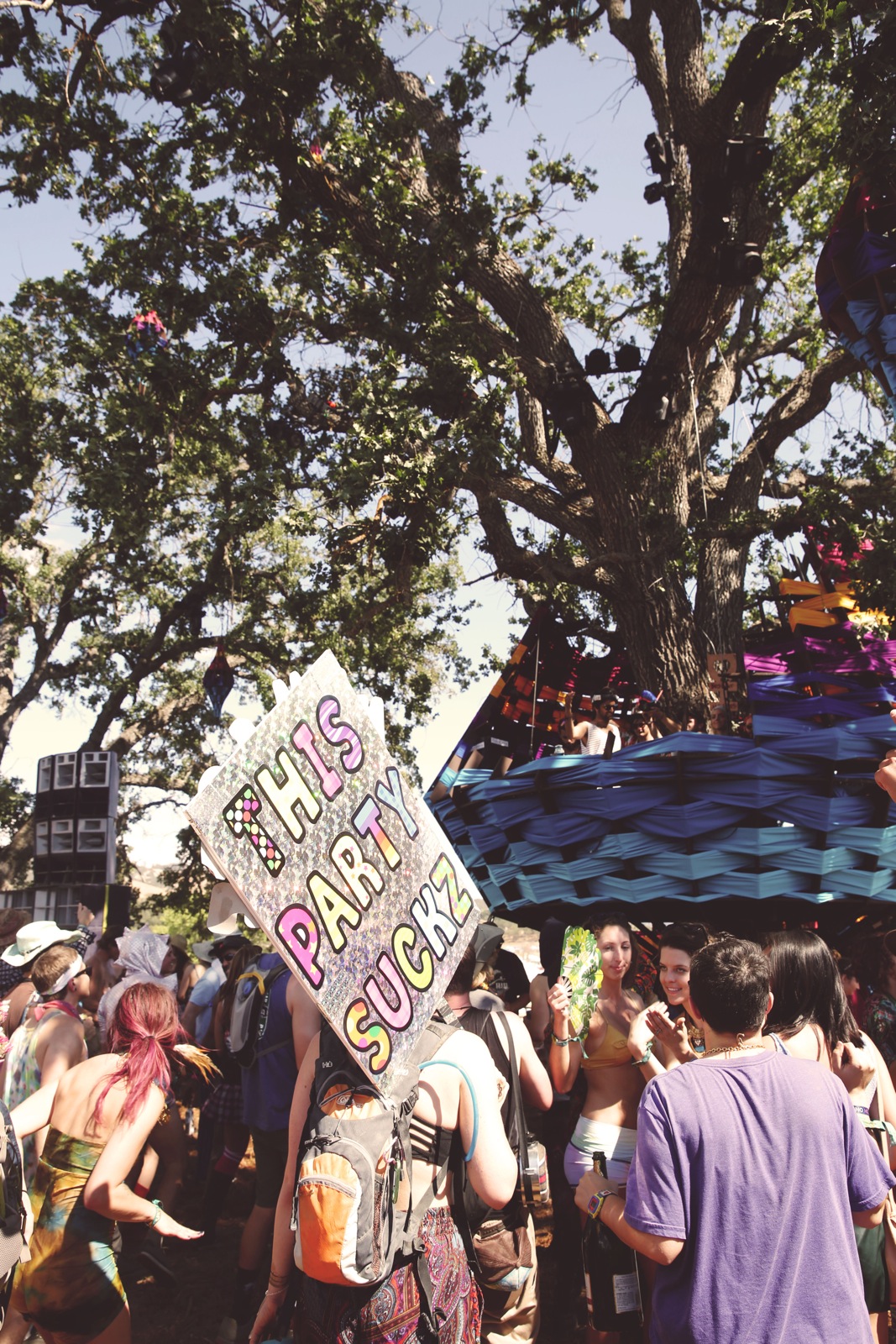 When it comes to deep house and sexy techno feels, few stages serve up the cathartic vibes of the Woogie Stage at Lightning In a Bottle. I asked Brad Mayer, the owner at Funkworks Audio and the man behind sound at the Woogie about how the little stage in a tree became a part of the Do Lab DNA. I thought that he’d jump right into indiscernible technobabble. Instead, he smiled and talked about the incredible DJs. He emphasized that one really can’t talk about the Woogie Stage without giving some credit to Jesse Wright, who, with his team, gathers all the talent that produces the stage's signature ambiance.

In fact, the way Mayer sees it, the pairing is key because “the Funktion-One audio system is known for clarity that is rarely found in most concert systems, along with juicy bass and an extreme degree of attention to detail to the tops [high notes].” These qualities have made Funktion-One systems the tool of choice for many major festivals.

“The design of the system excels in club and lounge type environments. Being that most of these types of environments have EDM-style music playing, this has propelled Funktion-One in the electronic dance scene on all levels so that it is now considered the flagship audio system when it comes to this style of music," Mayer says.

That isn’t to say that Funktion-One systems are limited in this way though and Mayer adds that, “Back in the day, these systems could be found at Pink Floyd and Dire Straits concerts."

Recently, though, there has been a trend towards line array systems, which Mayer believes is a symptom of a paradigm shift that is increasingly “quantity versus quality.” But while this balance is an ongoing battle, it’s only right to acknowledge that at festival stages, the sound is only part of the sensory experience. Much can be said about all the other aspects of stage production (lighting, structures and décor are just a few topics we didn’t discuss here), but the attention that is given to sound is often misunderstood as frothing geek-speak.

But this fact remains: When a speaker blows at a show, that stage's hopes for living on in festival memories usually go with it, so the importance of solid gear and technical know-how cannot be understated.