The Pixies have hit the road hard over the last 30 years, and during that time the group has played just about every major music festival and event all over the world. While the band has had great experiences at a number of American fests, guitarist Joey Santiago says some of the band’s most memorable moments have taken place overseas.

Santiago recounts the time they evaded disaster in Spain, where the group was just minutes away from taking the stage — set up in the middle of a bull ring — right before it collapsed. “Our lighting guy was the one that pointed it out [and said], ‘Get all the equipment out of the way because this thing is going to go,’” he reminisces. “Nobody was playing yet, it was just during soundcheck. When it happened, I was watching the bulls in their pens. I don’t know if we played after that.”

The guitarist adds there was another show the band was forced to bail on in Italy a number of years ago, due to the venue owners trying to shakedown the band for money. “Someone asked that we pay for the electricity for [playing] outside, and it was obviously sketchy,” he recalls. “[It was] like a mobster kind of thing [to try to] push us around, and we left. And when we left, we had all these fans with scooters chasing our bus.” Santiago notes the fans eventually gave up the pursuit, because their tour bus was just too fast for the army of scooters. 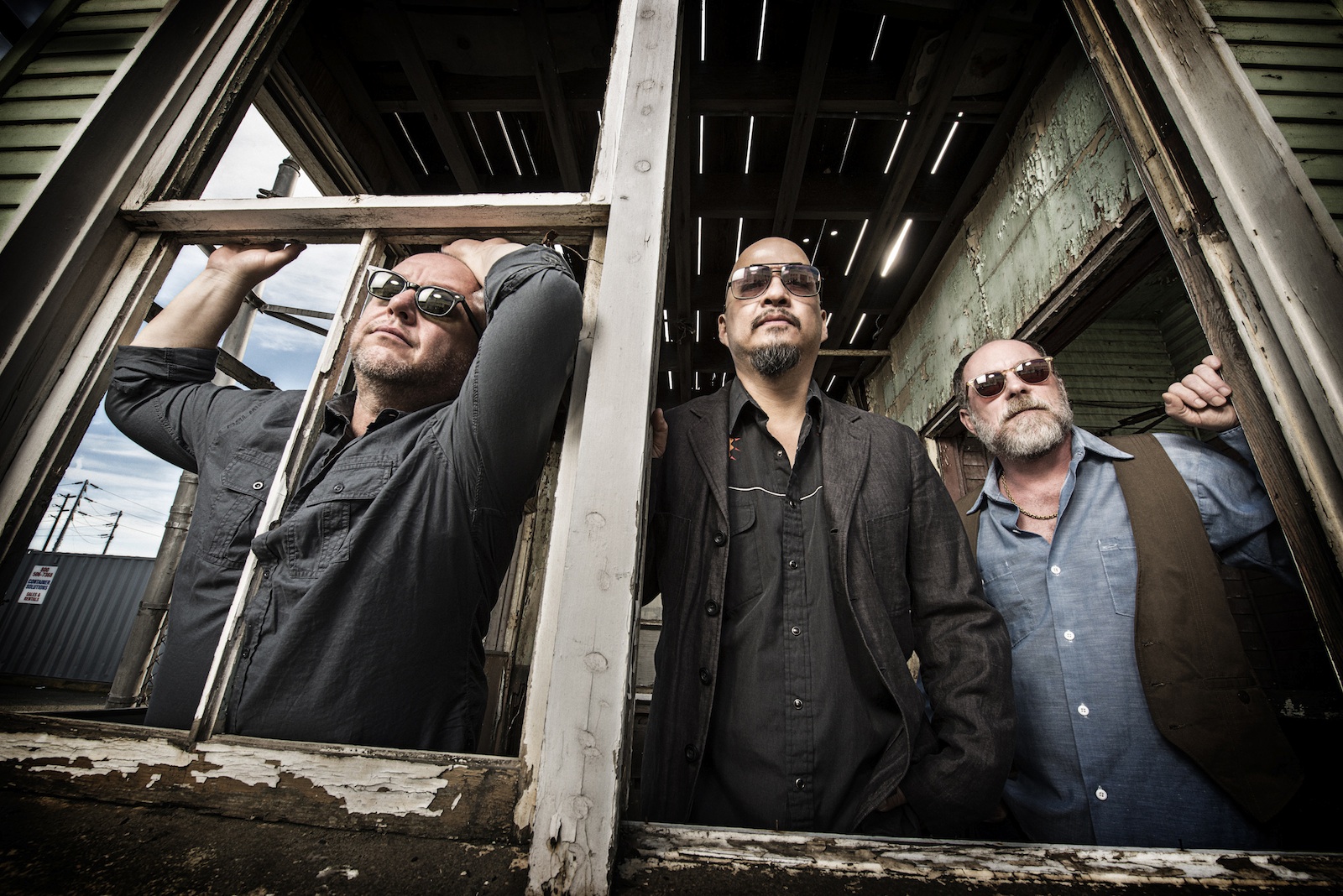 Santiago then offers up another story – one where the band couldn’t escape peril. The guitarist reveals he once experienced some hearing damage for a few days after fans got a little too excited at a performance in Belgium. “It was a big show with 5,000 people, and when we got offstage and I turned to head back to the dressing room, the shrill of the crowd was blinding,” he declares. “It was incredible what we heard.”

While most bands enjoy the experience of connecting with other groups and making new friends at festivals, the concept is somewhat new to Joey. The guitarist admits he used to spend all his free time at events hanging out in the band’s trailer, but now he’d rather share a drink with the other acts on the bill. Some of his drinking buddies include Arcade Fire frontman Win Butler, who Santiago describes as “a very nice guy,” and Queens of the Stone Age’s Josh Homme, “a funny guy” who is always entertaining. Santiago confesses he likes to keep his conversations with them on the lighter side, and never chats about business. “We talk about the weather, we talk about other stuff,” he explains. “The last thing we want to talk about is music.”

The Pixies have a busy tour schedule this summer, which includes appearances at Shaky Knees Festival, Big Guava and the Boston Calling Music Festival, where they will headline. For info on their upcoming gigs, visit PixiesMusic.com.