In the festival world, there’s so much competition that events – especially new ones – must innovate to stand out from the rest. Whether those innovations are embraced or rejected is often left up to a convoluted mixture of timing, intention, willingness to evolve, and sheer luck.

Take Further Future , for instance. When it debuted last year, the Nevada desert festival showcased an exhilarating array of musical performances and a carefully curated lineup of speakers with decorated careers in business, technology and science. The festival also offered high-end luxury accommodations, an emphasis on gastronomy and wellness, and controversial “access codes” to grant attendees’ entry. 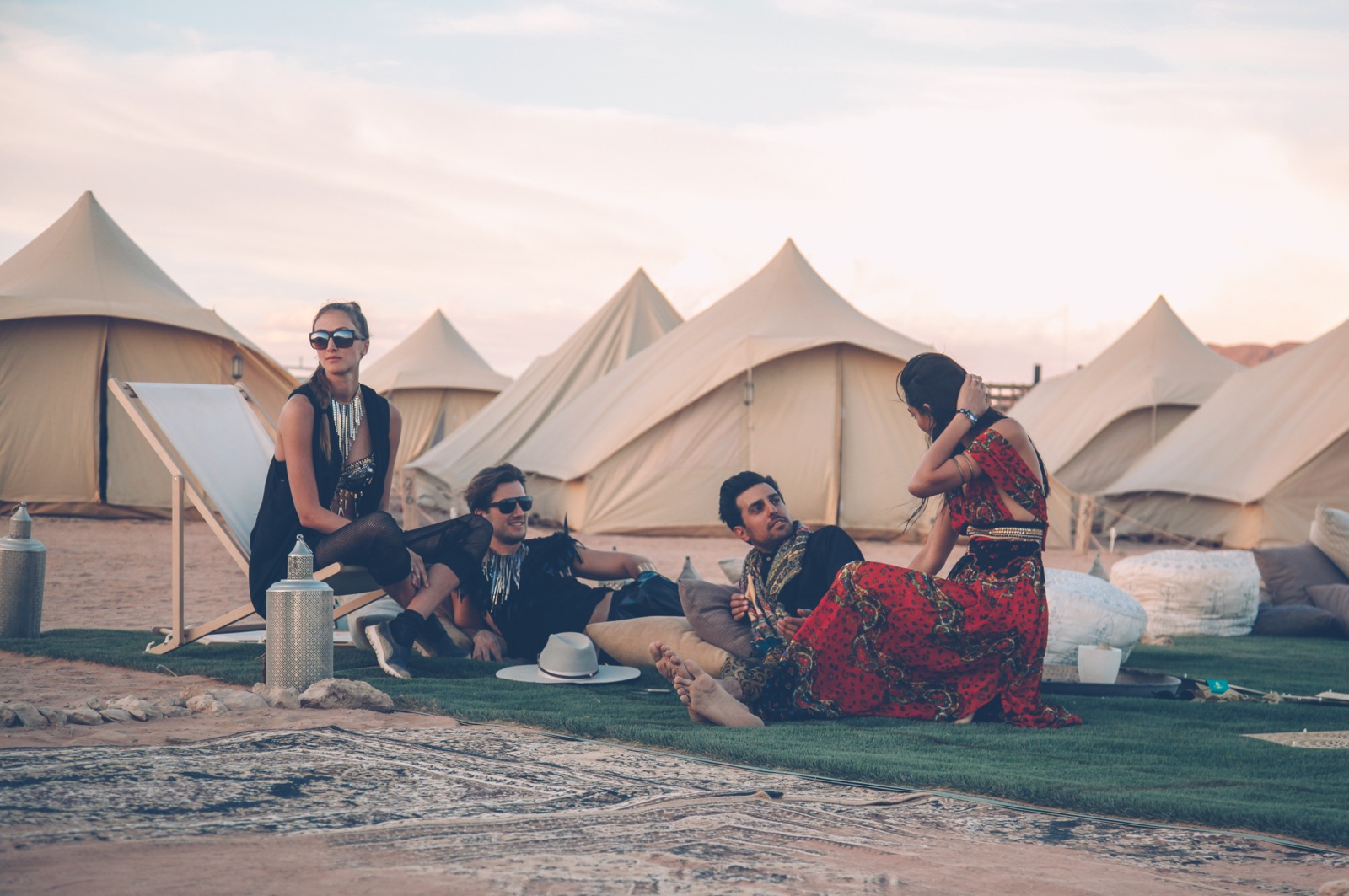 Further Future was cofounded by the leaders of Robot Heart, a well-known theme camp and art car at Burning Man . Its concept is guided by a cerebral, utopian-leaning mission to provide “a modern means of social movement and cultural change.” The association with Burning Man both helped and hurt Further Future from the beginning. While Robot Heart’s reputation in the Burning Man scene and beyond ensured that there would be expertly curated music and party vibes, the organization's perceived lack of radical inclusion and participatory elements made the event seem like a private haven for moneyed festival-goers, beautiful partiers and business elite. The criticism came in swift, harsh, and from all angles. Further Future began to resemble the Icarus of the festival world, reaching beyond what anyone else has tried, towards a new possibility so big and bright as to be unattainable.

Add to that a litany of issues ranging from a lack of sustainability and art on display, to production setbacks that left construction equipment littering the landscape throughout the weekend, to misconceptions about the aforementioned access codes. It was a far cry from any sort of imagined utopia, but the interest was there. People came to see the vision and groove to the music, and in the end it got the festival community talking about what the future of this particular festival should and could be. 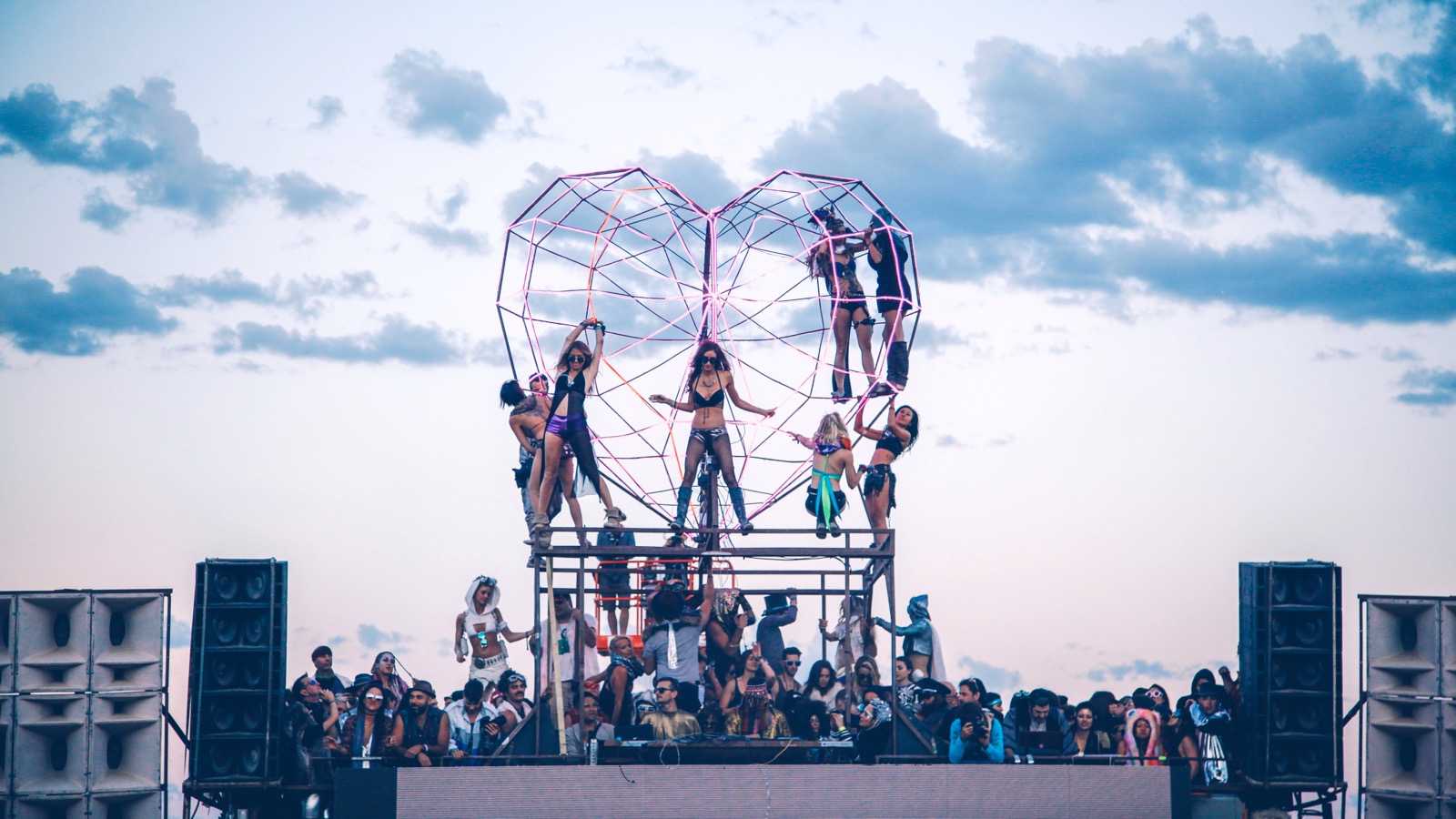 Perhaps no one has given more thought to how Further Future could rise from the ashes into a success story more than its cofounder and Creative Director, Jason Swamy. With two decades in the events business and a roster of clients that reads like the who’s-who of stage crushers, Swamy has built a respectable career curating talent from every corner of the globe. He also cofounded Do What You Love, a game-changing experiential marketing agency with success that was as rapid as it was colossal. Swamy knew he and the Robot Heart team had something more to offer the festival world. 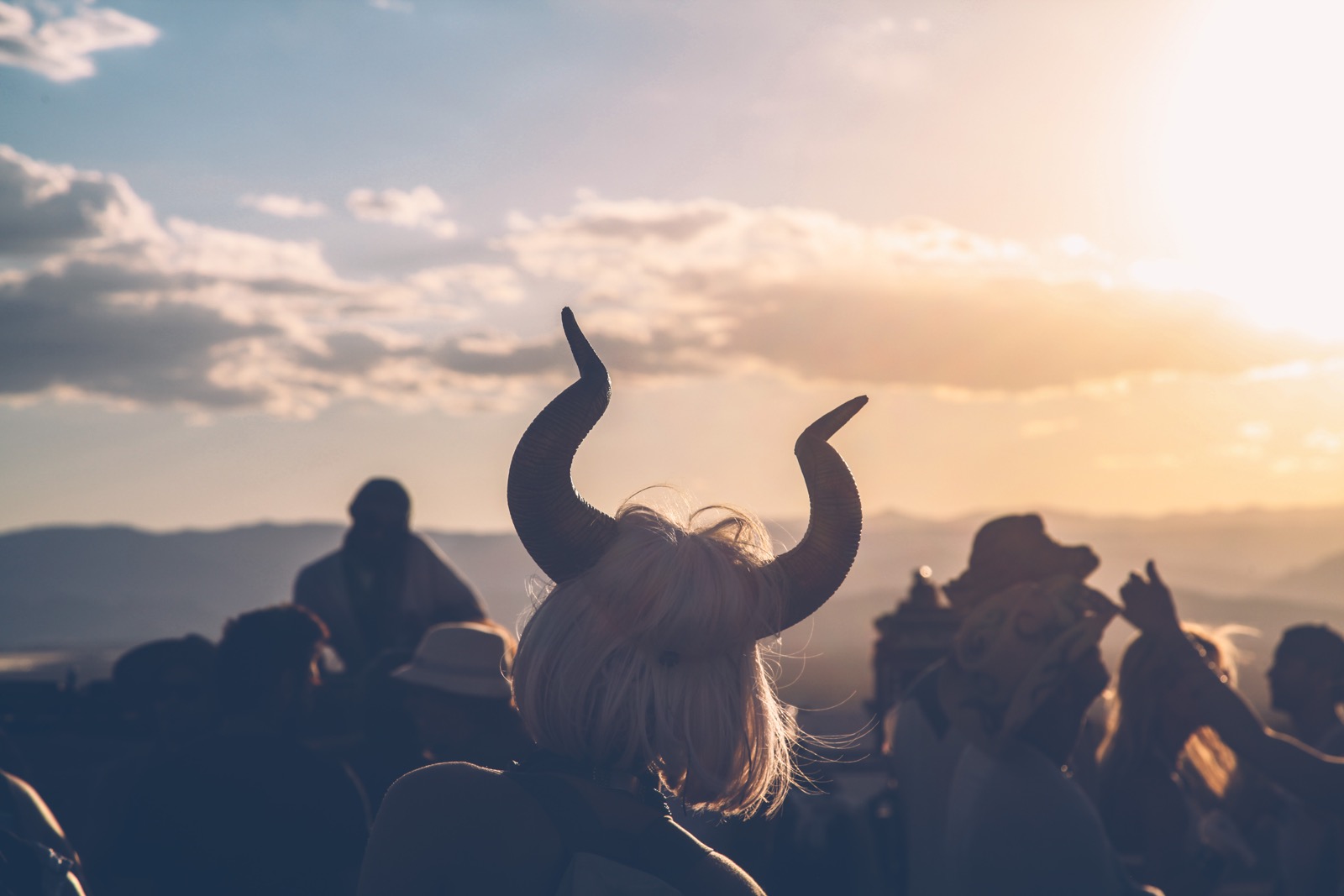 Looking at the existing festival landscape, the Robot Heart team felt it could offer something more: “We saw there was definitely a gap in the market in terms of the festival entertainment content space. [There was a lot of] what I would perceive as mindless entertainment.”

They imagined a place where new experiences and a shared vision of “what could be” brought people together. What better way to bring that place to fruition than a fresh festival showcasing “edutainment” – such as its lineup of visionary speakers – and a lofty vision using Robot Heart’s influence?

“We developed a platform and we had a voice,” he said, regarding Robot Heart’s reputation and how to take it to the next level. “We felt there was a responsibility to do something with this voice and this community we'd built.”

The Challenges of Year One

There’s something to be said about sharing a one-of-a-kind experience with like-minded strangers with utopian goals in mind; many festivals strive for the same. But Further Future had a hard time focusing on its aspirational mission of cultural change thanks to the many potholes that arose in Year One.

“Production-wise I think there were definitely some shortcomings,” Swamy acknowledged. With fewer than four months from conception to execution, the event was undoubtedly put together quickly; in an additional blow, Robot Heart had to change the entire venue just two weeks before the festival’s debut.

Also, as a first-year festival, taking on the monumental task of organizing a new vision for festival culture came with its own challenges. Bringing together a number of refined elements to “create this platform for collaboration and deeper connection” around thought leadership, gastronomy, art, technology, and wellness to inspire attendees doesn’t always happen right away.

“If we had achieved our vision in Year One, we'd be pretty shortsighted,” quips Swamy. “Our vision is something that's three to five years down the line. In Year One, we certainly accomplished what we would call proof of concept.”

After all, Burning Man’s first year was simply a 20-person gathering of friends on San Francisco’s Baker Beach where an eight-foot effigy was torched. Who could foresee its growth into the cultural behemoth it is today?

Of course, those access codes had a hand in Further Future’s initial misconception as an exclusive event.

“To set the record straight, the access codes are actually a means for us to create a dialogue with our audience, so it's for us to understand better the needs, wants and desires of the guests who want to come,” Swamy clarified. “It's really fascinating when you open up a dialogue and you are able to connect one-on-one with the people who are interested in coming.”

“It's an iterative process,” says Swamy. “The whole thing is a lesson in constantly understanding what are people resonating with, what are people not resonating with. It creates this momentum and I think if you look at the iteration from year one to year two, we're already seeing great, drastic and exponential change.”

From Year One to Year Two 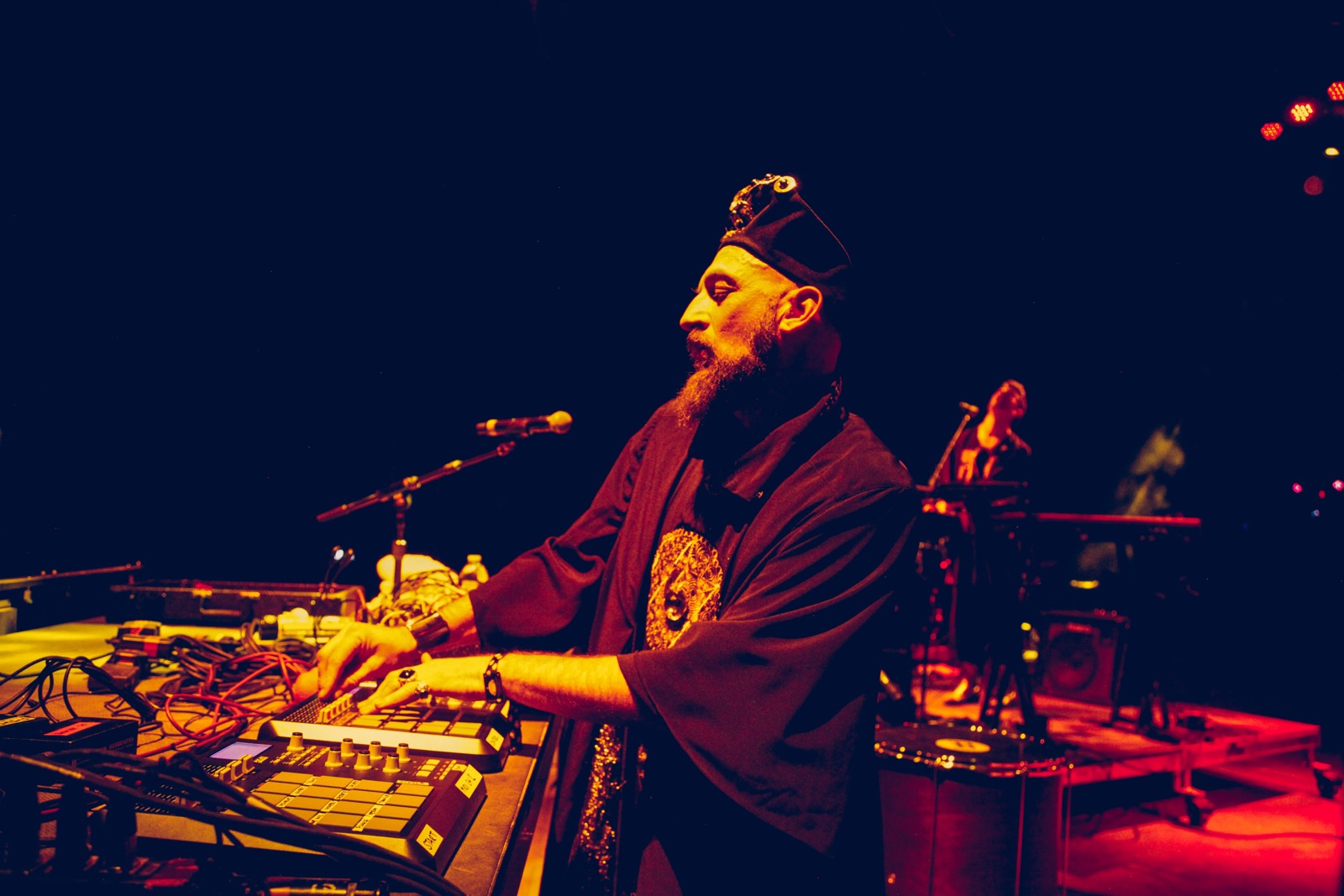 What attendees – and even those who merely chose to observe via the internet – immediately resonated with was Further Future’s musical lineup. With names like Actress, Damian Lazarus & The Ancient Moons, Bob Moses, and Bedouin alongside Com Truise, Nosaj Thing, and Warpaint, it was one of the most forward-thinking lineups of 2015. An impressive roster of speakers, like Astro Teller of Google[x], Tony Hsieh of Zappos, Alex Ljung of Soundcloud, and Zoe Keating, also put Further Future on the map. In 2016, all of that will be expanded upon based on the event’s “guest-centric” method of planning.

“From one pop-up dinner showcasing a particular style of dining, we've gone to four,” Swamy says. “From one speaker panel, we've got four panels with people like [director] Darren Aronofsky, Eric Schmidt [of Google], Jane West on the future of cannabis, Joann McPike on the future of education, Bob Pittman on the future of media. This year our goal is to firmly establish the festival and fine-tune what we're trying to communicate and execute flawlessly on the production side.”

For Burners and attendees of similar events, the presence of tech moguls and big business CEOs has always been bit of a quandary. Were they there to sell something? Or was it possible they’d simply come to engage in the same process of self-discovery alongside everyone else? Perhaps the difference lays in the intention. 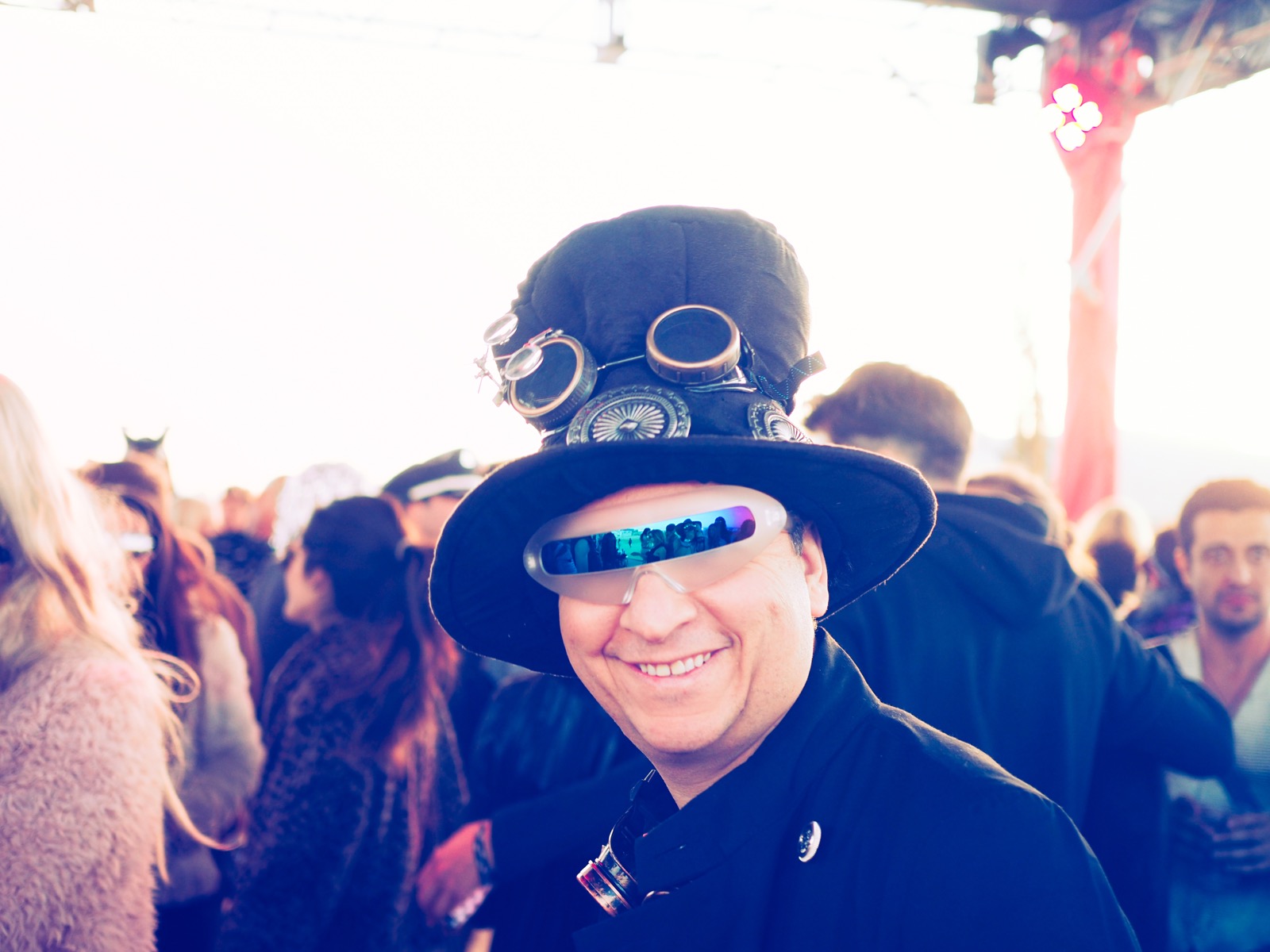 “There are a lot of transformational festivals like Lightning in a Bottle , for example, or Symbiosis . They push a certain lifestyle, but I think it's less curated and more freeform,” says Swamy. “Participants bring in what they want and what happens is whatever comes of it.”

Rather than bringing together a hodgepodge of various elements to result in loosely controlled chaos, Further Future is instead curating a forward-thinking, luxury experience that is intentionally produced with a vision and a plan. “We're curating everything that we think needs to be there and then the people follow through.” 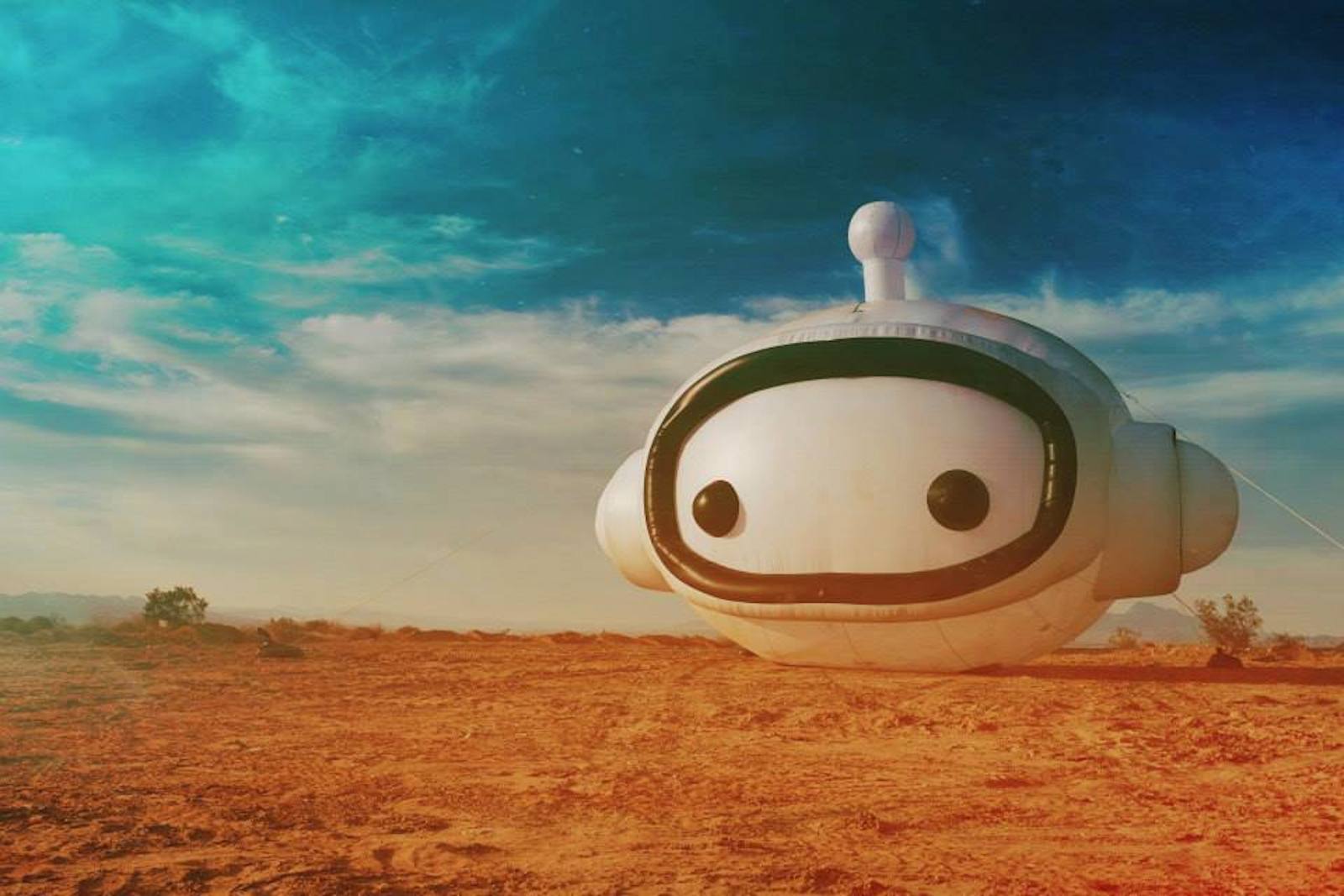 In Year Two, could this intense curation, backed by the vision of a more collaborative future, turn Further Future’s Icarus analogy into something more similar to a Prometheus of the festival world? Will Robot Heart truly create an inspirational and evolving space in which artists, musicians, inventors, technologists and entrepreneurs can learn and grow? Can the presence of moguls and visionaries translate the festival community’s thought leadership into change on the world stage?

With the groundwork laid by Robot Heart to tremendously improve Further Future’s offerings in 2016 and evolve beyond the traditional festival mold, the event will continue to capture the attention of the community whether it far exceeds expectations or falls short, simply because it’s bravely attempting what nobody else is.