There will now be a haven for heshers at one of the world's most mainstream music festivals. Sure, metal gods have graced the stages of Glastonbury before – such as Tool in 1994, Metallica in 2014 and Motörhead in 2015 – but never before has there been a place for metalheads to fully immerse themselves with their muddy kin at the Worthy Farm festival.

As the festival's first true foray into the metal genre, one might think they'd choose a couple of "gateway" bands to entice the sonically curious wandering the grounds and satisfy casual and hardcore fans, as well. Nope. This year, venerable extreme metal label Earache Records will turn its Brutality Meter up to 11 by hosting grindcore legends Napalm Death, as well as Extreme Noise Terror, Singapore band Wormrot, and Steve Ignorant's Slice of Life (Steve Ignorant is the co-founder of punk icons Crass) on the Truth stage in the Shangri-La area. More bands will be announced in the coming weeks. 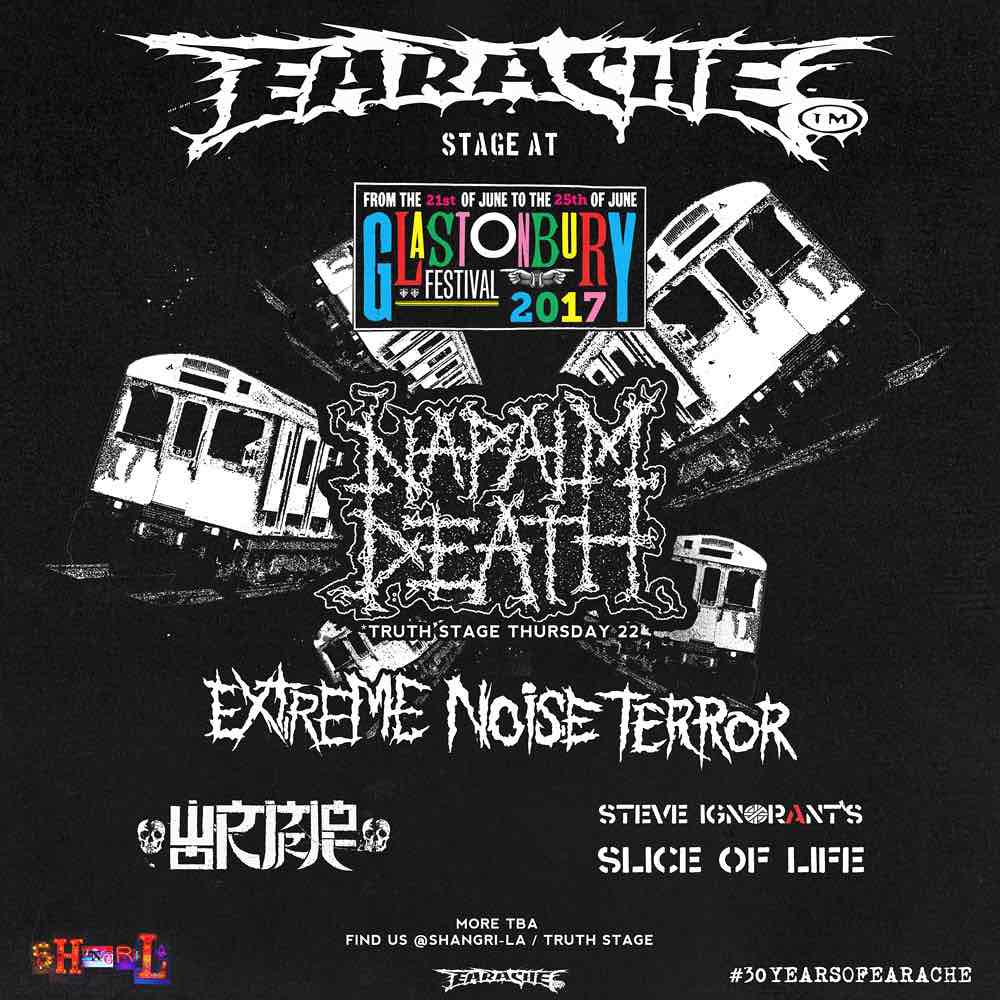 Photo by: The Guardian

Huge multi-genre music festivals are everywhere in the festival landscape these days, whether springing up as new ventures like Insomniac's Middlelands which includes both dance music and hip-hop, or having evolved as such after decades of growth in popularity, like Coachella, Bonnaroo , or Glasto, in this case. In fact, we recently wrote about how multi-genre music fests can completely transform the way you festival. However, metal and all its subgenres are almost wholly ignored; 99% of the time the only festivals metal bands get asked to play are metal festivals, unless they are part of the zeitgeist like Metallica.

That's what makes this addition so important. There was once a time in pop culture, mainly in the mid 80s to the mid 90s, when heavy metal was as mainstream as it got. Ever since its downfall, it's been relegated to the fringes of pop culture once again, making it, as The Guardian called it, "a true 'alternative'" that challenges the rest of Glastonbury's otherwise relatively predictable mix of pop, hip-hop, dance music, alt rock, psychedelia, and shoegaze.

As a metalhead myself, I'm thankful Glastonbury is throwing the genre a bone this year. Even if it doesn't convert any of the Ed Sheeran or Katy Perry fans in attendance, Earache Records's thoughtful curation is an important hat tip to this extremely creative and soulful genre, and perhaps a harbinger of more thoughtful metal inclusion to come at large-scale festivals.