Growing up is tough. Between raging hormones; annoying parents; sneering kids at school; loads of homework and class; feeling like mainstream society is giving you the side eye; and overall gauging who you are and who you want to be, there's so much to figure out along the way.

But there's almost nothing more powerful than music and feeling like you're a part of something bigger to help cope with growing pains. For anyone whose version of "different" growing up involved deeply parted side bangs and dyed hair, studded belts and tight jeans, crushing on that cute boy (or girl) who worked at Hot Topic, dreams of your first tattoo, throwing friendly punches in mosh pits, and screaming along to your favorite gang vocals and doing air drums during epic breakdowns, Vans Warped Tour is a summertime savior you always looked forward to.

The annual touring festival has been a legendary haven for punk rockers, misfits, skaters, mall goths, hardcore kids, and alt culture since 1995, and has emerged as the last-standing, major touring music festival in the United States. During this impressive run, it's been a kingmaker for scores of now-iconic acts including Blink-182, No Doubt, New Found Glory, Sum 41, Good Charlotte and Paramore. The early days of emo were propelled to widespread popularity by Warped Tour through bands such as Jimmy Eat World, Thursday, and Taking Back Sunday. There were also numerous genre outliers who found early and crucial exposure as part of Warped Tour, who later went on to superstardom, like Katy Perry, Eminem, Kid Rock, Black Eyed Peas, G-Eazy, and even Sublime. 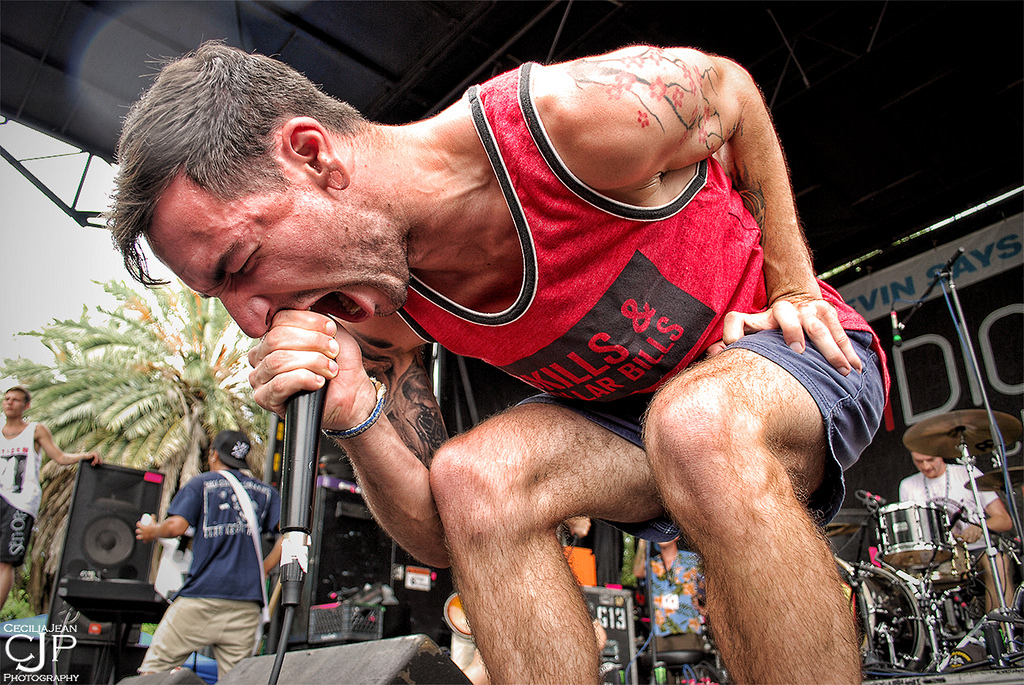 Yet, despite its invaluable role in shaping the culture and community of modern underground music, Warped Tour announced earlier this year that 2018 would be its last full cross-country run after 24 loud summers of bringing alternative music, skate culture, and amazing non-profits to more than 400,000 fans each summer. The festival landscape has changed significantly over the years, and founder Kevin Lyman attributes Warped Tour's fate was due in part to "an evolving summer festival industry, a shrinking pool of bands, and declining ticket sales amongst its teenage demographic."

While Kevin Lyman hinted that there will be a 25th anniversary celebration in 2019, this is the last year to catch Warped Tour in its original form. Its 2018 lineup mixes, as always, pioneers in the scene – such as Less Than Jake, Sum 41, Simple Plan, Reel Big Fish, The Used, Bowling for Soup, Taking Back Sunday, and Underoath – as well as younger bands on the up and up, like State Champs, Trash Boat, Don Broco, Grayscale, Waterparks, MyChildren MyBride, Chelsea Grin, and Ice Nine Kills. 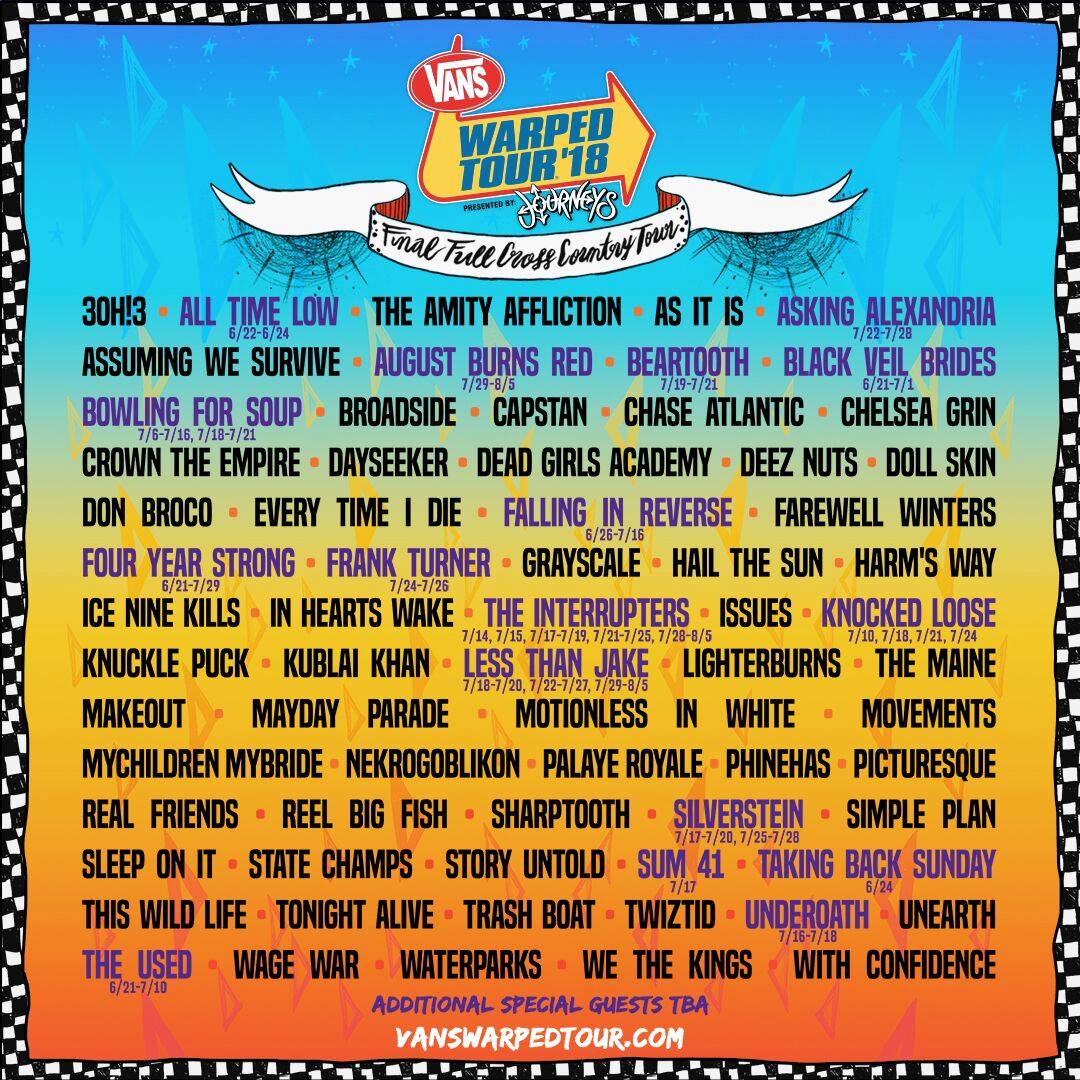 In addition to music as a way to unite attendees, Warped Tour has always hosted an awesome roster of nonprofits and educational workshops, "giving our community the resources they need to connect with people who can help them, but also encourages our community to help each other," as Lyman stated.

To name just a few, A Voice For The Innocent, American Red Cross, Hope For The Day, Feed Our Children Now!, Living The Dream Foundation, To Write Love on Her Arms and Truth will all be repped at the festival, and 2018 will see the launch of the FEND Movement (Full Energy, No Drugs) in partnership with thePreventum Initiative. The FEND Movement empowers youth to make a stand against opioids.

"I truly look forward to seeing as many of you as possible during this final cross country run, and getting to thank you for your support on this wild adventure," continued Lyman in his statement. It's time to give Warped Tour one last send-off. Gather your crew and get ready for one last full day of crowdsurfing, headbanging, and screaming along to your favorite bands under the hot summer sun.

The article was produced in collaboration between Everfest's editors and Vans Warped Tour.