What Does It Take to Make A Regional Burn?

Burners worldwide know that a network of Burning Man's regional Burns stoke the flames of Burning Man culture year-round by taking the radical inclusion, inspired gifting and blazing awesomeness far beyond Black Rock City. But you might not know about all the grueling work, bureaucratic red tape, and harsh physical terrain these organizers and regional contacts have to navigate to make these mini-Burning Man festivals happen.

To keep each regional event from having to reinvent its own wheel, Burning Man hosts an annual Burning Man Global Leadership Conference for an intensive weekend of coaching and skill-sharing. The 2017 conference brought together more than 700 regional Burners for four days of breakout sessions on event infrastructure, budgeting, and large-scale fire safety.

Burning Man Regional Network associate director Meghan Rutigliano describes the community as “over 280 volunteer year-round regional contacts around the world in 35 different countries throwing more than 80 different regional events.” We spent the weekend with these regional contacts to find out everything that goes on behind the scenes to make their radical rituals happen all over the globe.

One of the most fascinating Burners at the conference was Saint Tiki — the man who threw the first-ever regional Burn. The Texas regional Burning Flipside was founded in the late 1990s under the original name “Burning Man Texas at Austin.”

“I was working on organizing a benefit party in Austin to raise money for Burning Man,” Saint Tiki explained. “They said, ‘Wow, nobody’s ever contacted us about doing stuff outside San Francisco. What do you think about being a regional contact?’ So that’s how I became the first regional contact.”

The event was not exactly a rager; only 30 people showed up. (Another regional Burn called Playa del Fuego took place later that summer, also with very small and humble beginnings.) Saint Tiki’s regional was renamed Burning Flipside in 1999 and attracted 200 people. “It really took off,” he said. “The population was doubling every couple years. We went from 200 to 500 to 1,000. Now we’re at 3,000.”

But this magnitude of crazy growth requires permits and strict adherence to local regulations, a challenge in the very conservative state of Texas. This is not just red tape for the sake of red tape. Regional Burn organizers have a huge responsibility for the safety of everyone attending the festival. That point was made exceedingly clear one year when Burning Flipside experienced such epic flooding the event had to be evacuated, with many Burners leaving their possessions behind.

They returned after the storm cleared to find a surreal scene of Texas weather wreckage. “We had porta-toilets in trees,” said Vern Jones, managing member of North Texas Burn . Though he added, “I have never seen a cleaner porta-toilet in my life.”

You might think that regional Burns have less harsh weather because they are not held in the Black Rock Desert. It’s just the opposite. Many regionals take place in environments that are even more challenging than Black Rock City.

The Utah regional Burn Element 11 is held at a location in northwest Utah so remote that the closest gas station is an hour-and-a-half drive away. And oh, do they have weather.

“It is way worse than Black Rock City, much windier,” said Kari Larson of Salt Lake’s JenkStars art collective. “It’s just as intense, if not more, as far as microbursts.”

The critter situation at Element 11 is another unique threat. “We’ve encountered scorpions and rattlesnakes,” said regional contact and Utah Builders Community Director John Ward. “We had a really big dead rattlesnake at the greeter’s gate that we beheaded with a shovel. We just tacked it up so people knew this was real. You are now in an area that has critters that bite.”

Some international regional Burns also face extreme inconveniences because of their native wildlife. “We don’t get dust, but we get flies. So many flies,” said Teacup, secretary for western Australia regional called Blazing Swan. “Enough flies that everyone has swallowed at least one fly. It has prompted the discussion of are you still a vegetarian if you’ve swallowed a fly.”

“Burning is a huge part of the Burning Man event because ‘Burning’ is the first word in the name of the event,” said Fire Arts Safety Team manager Dave X. “But we’re compelled to make sure that’s done safely.”

Regionals all have to go through various bureaucratic processes to get permits for their large-scale Burns, and in some locations the rules are exceedingly strict. “In Australia, it’s a very high fire risk,” said Miss Hannigan of the New South Wales regional Burning Seed. “We can only have our Burns in winter, we cannot have a Burn during the summer.”

That’s a pretty simple rule, but many regional Burns face a byzantine and complex set of national, state, or even county regulations governing conduct with fire. You can’t just Google your fire questions because the rules differ from place to place and you often don’t know whether a fire marshal, a mayor or a county board has jurisdiction over your Burn.

Making Nice with the Local Authorities 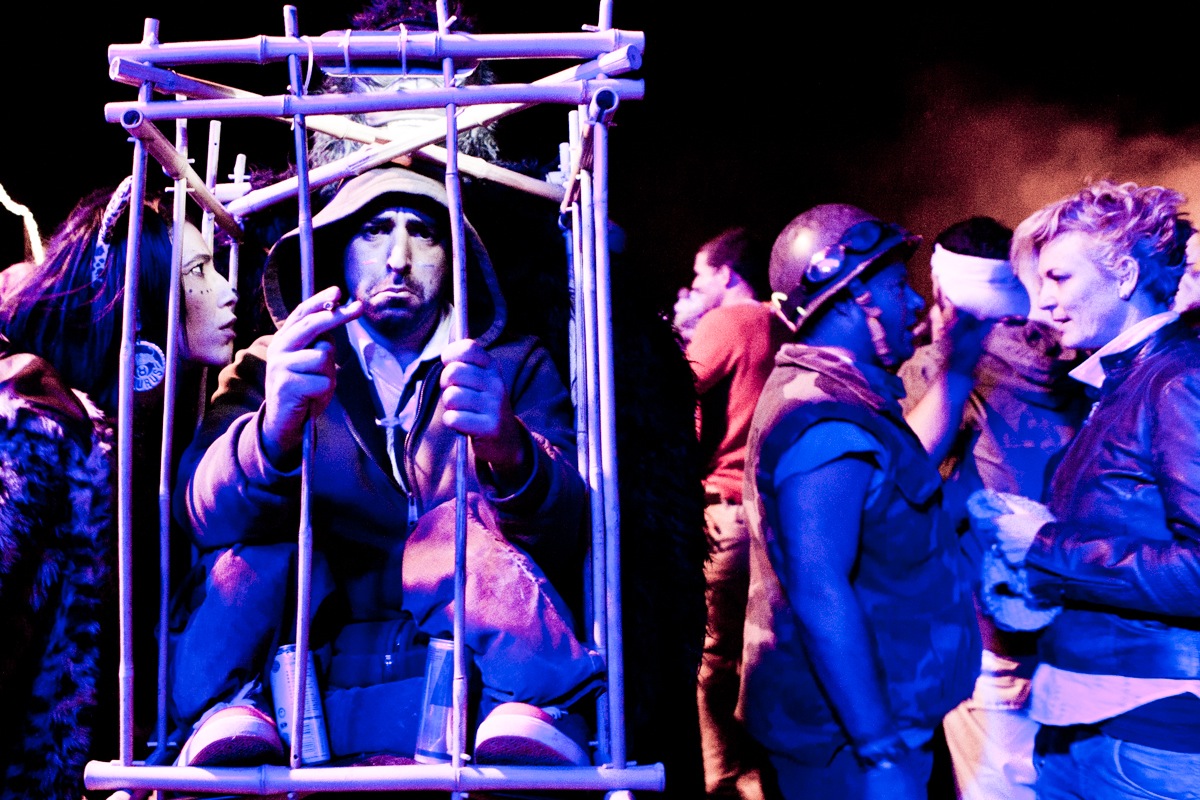 Some of the most happening regional Burner states are also some of the most conservative places in America. Texas and Utah have particularly vibrant regional Burn communities, even though the local governments there are often very right-wing or Mormon.

“You’re always up against this preconceived idea of what Burning Man is,” said Utah regional Burn chairman Stan Clawson. “It’s perceived or lumped in with the Rainbow Gathering or raves.”

Clawson says he handles the conservative bent of his local authorities by being as organized and prepared as possible. “The best thing you can do is to show that you’re doing due diligence,” he said. “We have rangers in place. We have security in place. We have medical in place. So when somebody comes in, it isn’t just this mass hysteria of disorganization. We actually have created a city. It’s harder for people to say we’re irresponsible.”

One of their tactics in forging these relationships is to not talk like Burners. Instead of establishing a local Burning Man club, engage people to build an all-inclusive community.

“Use the language of the people you want to connect with,” said Jennie Kay, former Regional Contact from Monterey Bay, California, and presenter at the conference. “When we want to connect with people that don’t know our language, we need to listen to what their story is and take those clues and start learning about them.”

“I’ve actually heard a lot of talk by folks that Burning Man is not political,” Burning Man founder Larry Harvey said as he addressed the conference. “If you are an organizer, and many of you are organizers of events, you would know if you do that work you end up waist-deep in politics.”

Harvey acknowledged that organizers are inevitably going to meet opposition when presenting Burning Man culture to government bureaucracies, especially in today's politically charged atmosphere. But he urged Burners to not treat their opposition as enemies.

“Ask yourself what motivates them, how they see the world, how do they feel about things, and how does what they see correspond to that human reality. It will make you a lot more effective at dealing with opposition,” he advised.

Even as you read this, hundreds of Burners around the world are busy engaging with local elected officials, drafting complex safety protocols and planning for weather and wildlife variables at their regional Burns. The art of all this politicking and planning happens behind the scenes, and most Burners who attend the events don’t realize that any of it happens. But it might be some of the most truly impressive art of Burning Man.

This article was originally published in April 2017.