Festival information listed on Everfest may be impacted by COVID-19.

When you ogle photos of Pemberton Music Festival you quickly realize it has one of the most stunning backdrops of any festival on Earth. Now, the festival has released an equally ogle-worthy lineup for their 2017 mountaintop festival. Hip-hop wunderkind Chance the Rapper (headlining his hometown fest Lollapalooza this year), Muse and A Tribe Called Quest will be joined by Run the Jewels, Major Lazer, Haim, Marshmello, Teagan & Sara, and dozens more.

This eclectic lineup isn't the only scenery we'll be checking out at Pemberton. Mount Currie, where the festival unfolds, is the northernmost summit of the Garibaldi Mountain Range and one of the peaks visible from the famous Whistler-Blackcomb ski area. 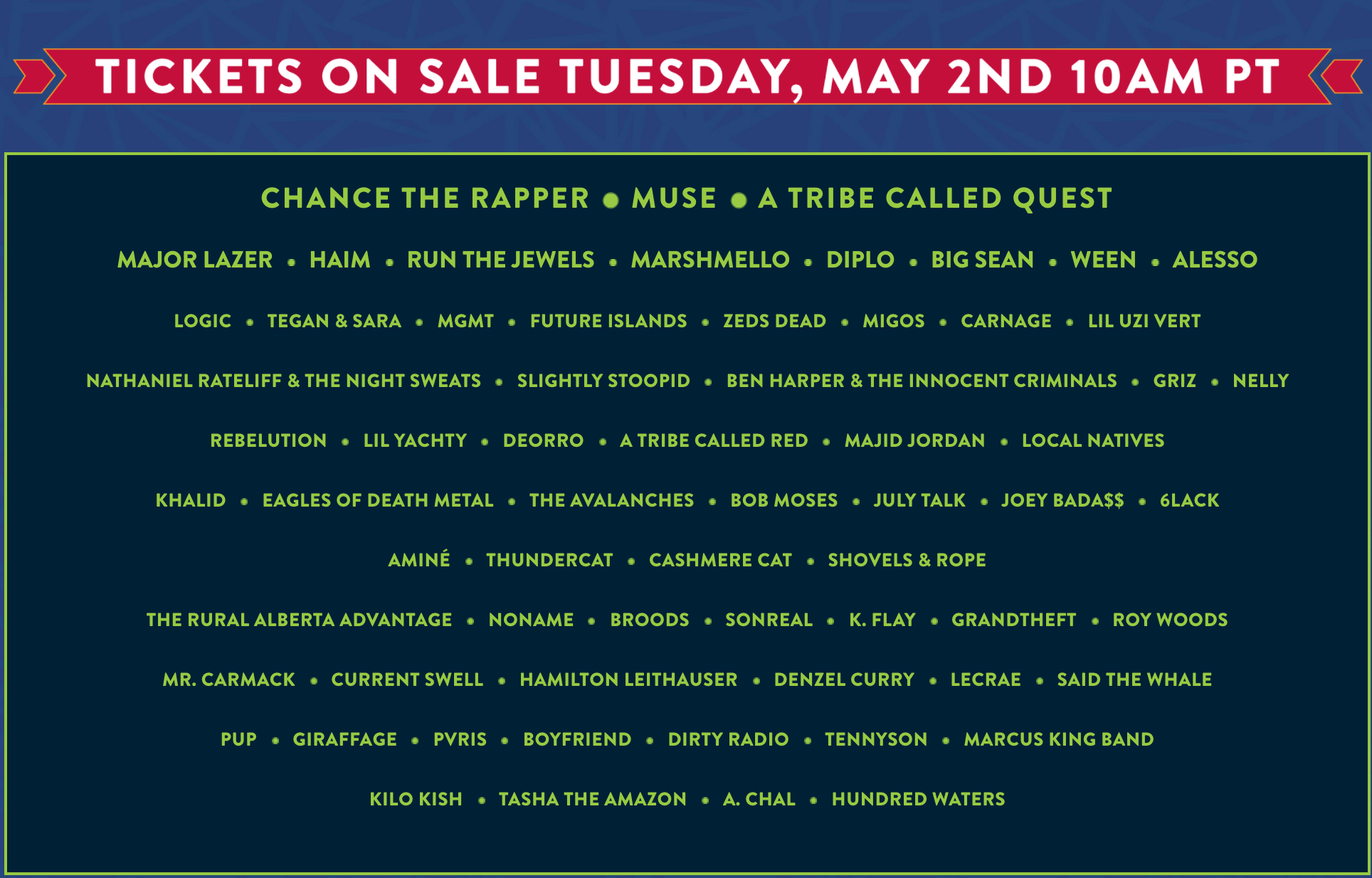