Legendary blues guitarist Brownie McGhee once said, “The blues is life.” Indeed, blues music most certainly gave life to so many musical genres that came after it, setting the foundation for almost all popular music in the 20th century. Don't be fooled by the blues' basic musical structure that's fairly simple to play – that only makes conveying a song's message even more difficult, which is why the blues singers' styles  are so deeply rooted in passion and emotion. A good blues player has the ability to strike a chord deep within your soul and take those bottled up feelings of sadness, love, hope, and sorrow and smash it against a brick wall to set them free. Blues music is about life and telling a story, and everyone has a story to tell.

So, it should be no surprise that the best blues festivals we've come across convey those very same emotions in their productions. Whether they're forged on urban blues, Delta blues, honky-tonk, swamp blues, or blues rock, here's a list of our favorite blues festivals in North America that will excite any blues fan. 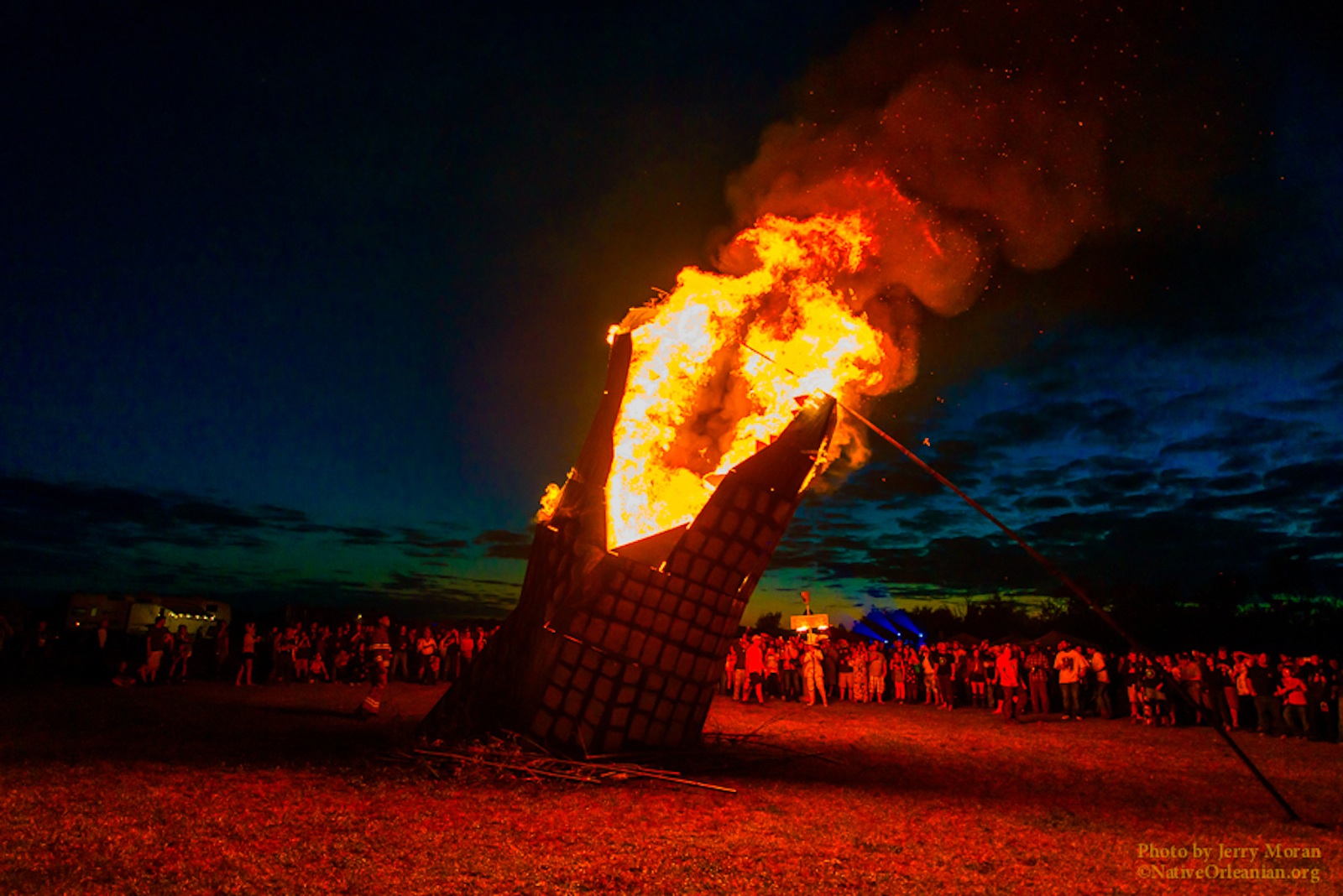 Looking for a laid back, down-to-earth, "good timey" festival? T-bois is it. Located deep down in the swampy bayou of La Rose, Louisiana, this quaint, all-inclusive festival has become a local favorite for folks from New Orleans and other parts of the Delta south. It features a number of local blues players from Sonny Landreth, Alvin Youngblood Hart, Colin Lake, Tab Benoit, and Anders Osborne, while also bringing in an amazing collection of players from all over the country. Surrounded by an alligator farm, you really get a taste of Cajun culture as you get fed red beans and rice, jambalaya, and crawfish, and wash it all down with a variety of local Louisiana brews – all of which is included in your ticket! Another unique element to T-Bois is its collaboration with the NOLA Burners, who set up their own small burner community on site and help orchestrate one of the key features of the festival – the burning of Big Al. 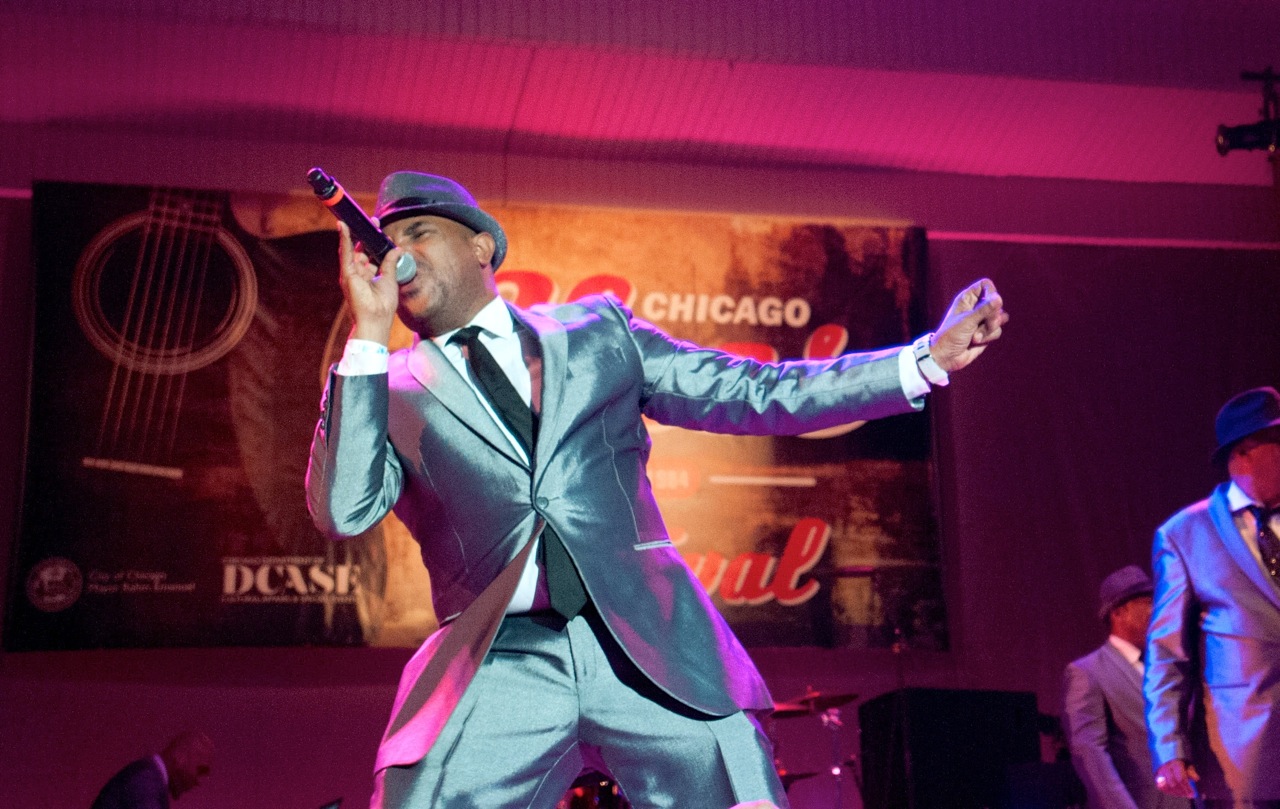 Photo by: City of Chicago

Chicago is home to so many amazing blues legends, including Muddy Waters, Howlin' Wolf, Freddy King, and Buddy Guy. Chicago’s scene started back during the Great Migration when many black families made their way up north and settled in cities along the Mississippi River. The Chicago blues sound is unique and is where the urban blues style originated. However, the annual three-day Chicago Blues Festival, held in the splendor of Grant Park, features a variety of styles alongside top-tier blues musicians from all around the world – including musicians from Western Africa, Europe, and all across the U.S. 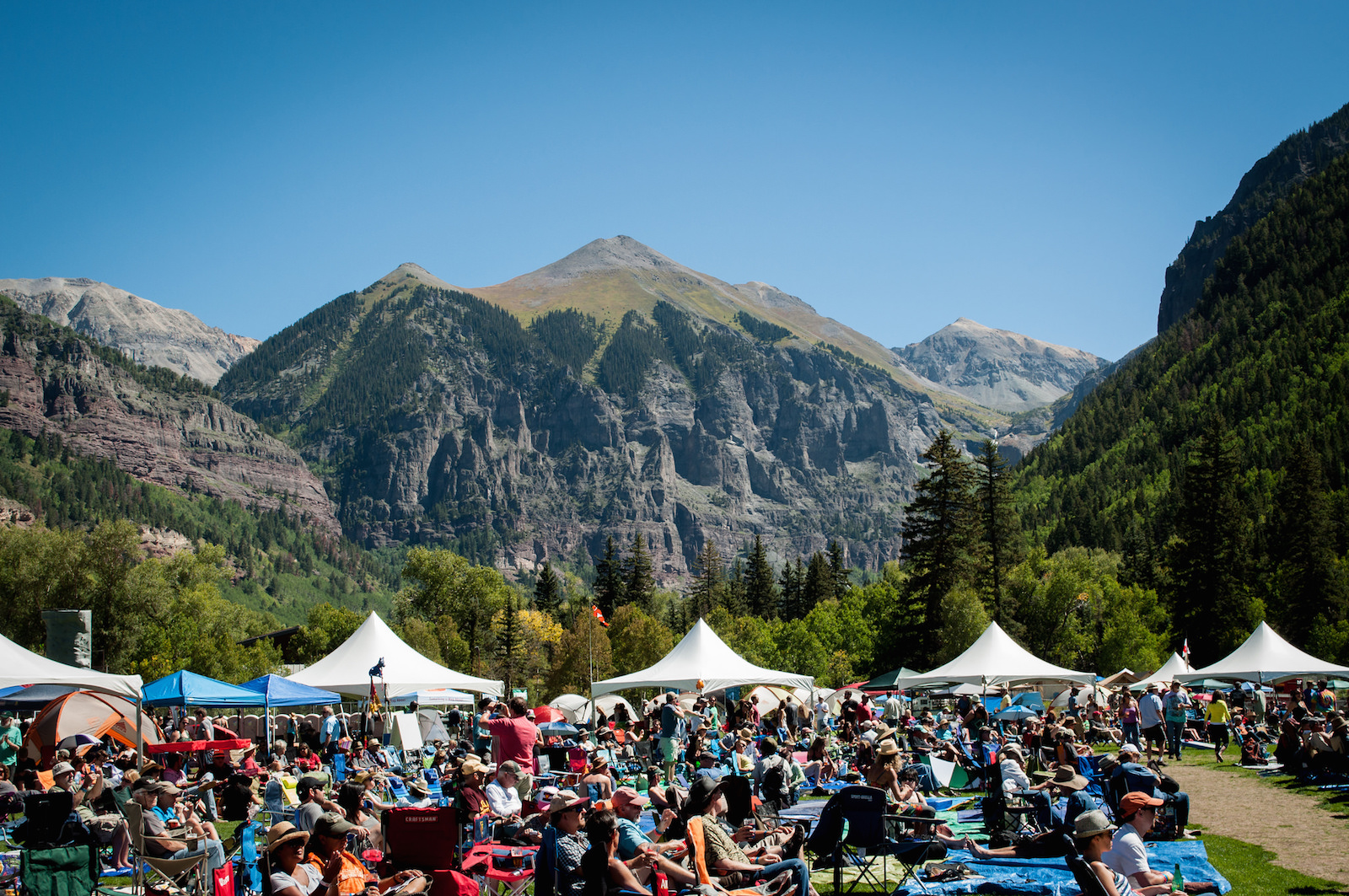 Held in the world-famous resort town of Telluride, Colorado, the Telluride Blues & Brews festival is not only full of good blues and brews, but good views as well (see what we did there?). B.B. King himself said of the fest: “Out of the 90 different countries I’ve been to, I’ve never seen anything more beautiful than what you have here.” Plus, you can’t really go wrong when you have a stacked lineup of musicians like Taj Mahal, Sharon Jones & The Dap Kings, Tedeschi Trucks Band and the London Souls, paired with a stellar lineup Colorado's many fine craft beers.

It seems like there’s a cruise catered for just about any musical taste these days, and blues fans are no exception. Each year, the Legendary Rhythm & Blues Cruise , packed with thousands of blues devotees, sets sail from Fort Lauderdale, Florida, to a tropical paradise for some good ole’ fun in the sun. The cruise offers everything you could ask for, from daily and nightly performances from top blues acts, to music workshops, impromptu jam sessions, delicious food, and most importantly, a week out at sea filled with musical spontaneity. 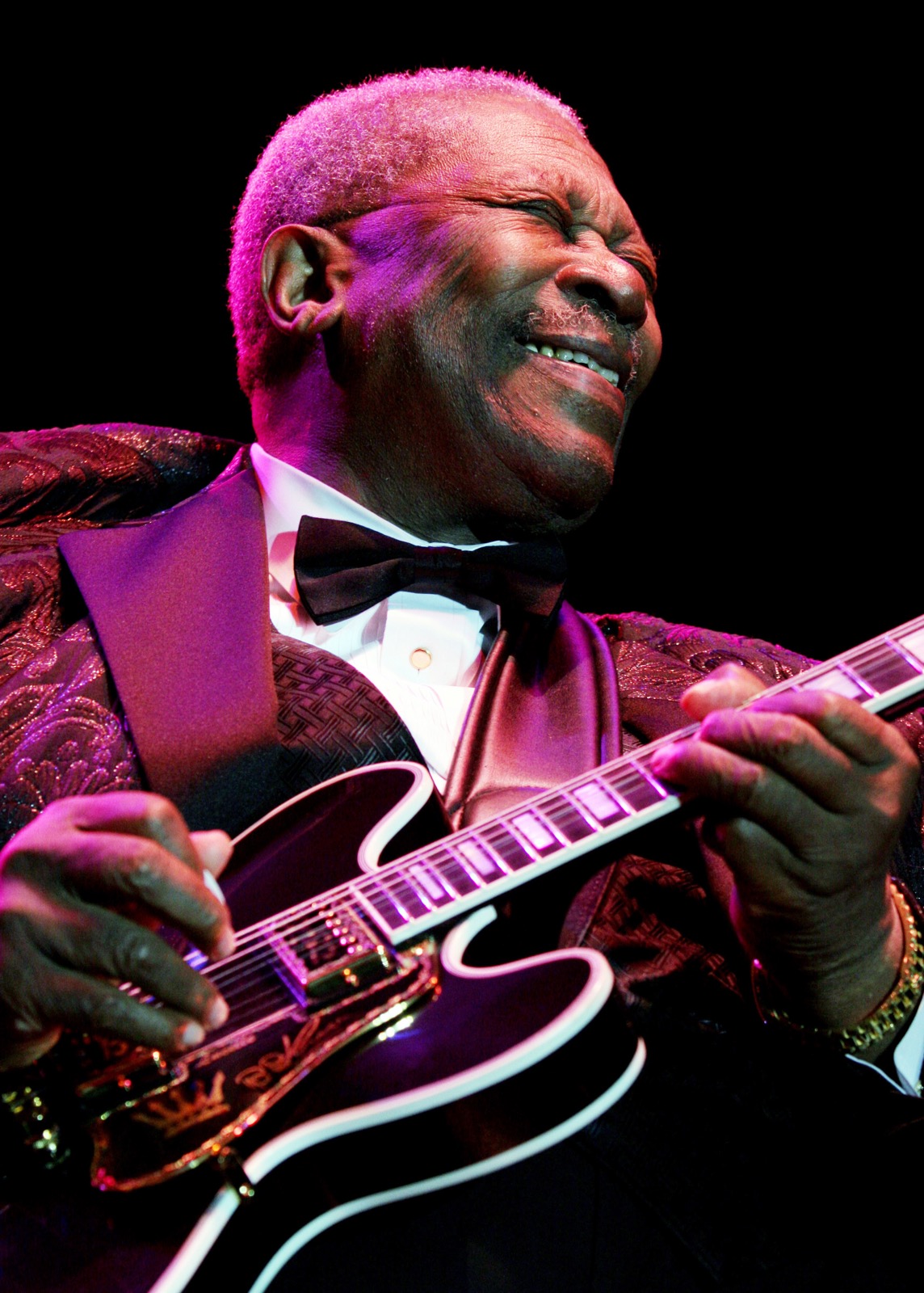 Memphis is another city along the Mississippi River teeming with a rich musical history of blues music, with Beale Street at its epicenter. A stop-off point for almost every musician from Chicago to New Orleans, there’s a reason it’s become one of the biggest music festivals in the country. Blues clubs line the street and the sounds of loud guitars, kicking drums, and stout, anguished vocals pour out of every doorway. It’s often called "the Bourbon Street of Memphis," and draws music fans from around the country. It’s a bucket-lister for sure. Be sure to visit the famous Stax Museum while you are in town.

The Crossroads Guitar Festival was started in 1999 by the one and only Eric Clapton. It’s a benefit concert that only happens every few years but when it does, you can be sure some of the biggest and baddest musicians will be there. It aims to showcase some of Eric Clapton’s favorite guitar players (most of whom are Blues players) so all of you Blues fans are in for a tremendous treat. Some of the acts who have showed up throughout the years include Bonnie Raitt, Bo Diddley, ZZ Top, John Mayer with Sheryl Crow, Joe Bonamassa, Booker-T and Carlos Santana. It hasn’t been announced yet, but the last festival was in 2013 and it’s been held every three years in the past, so we're more than ready for the next rendition. 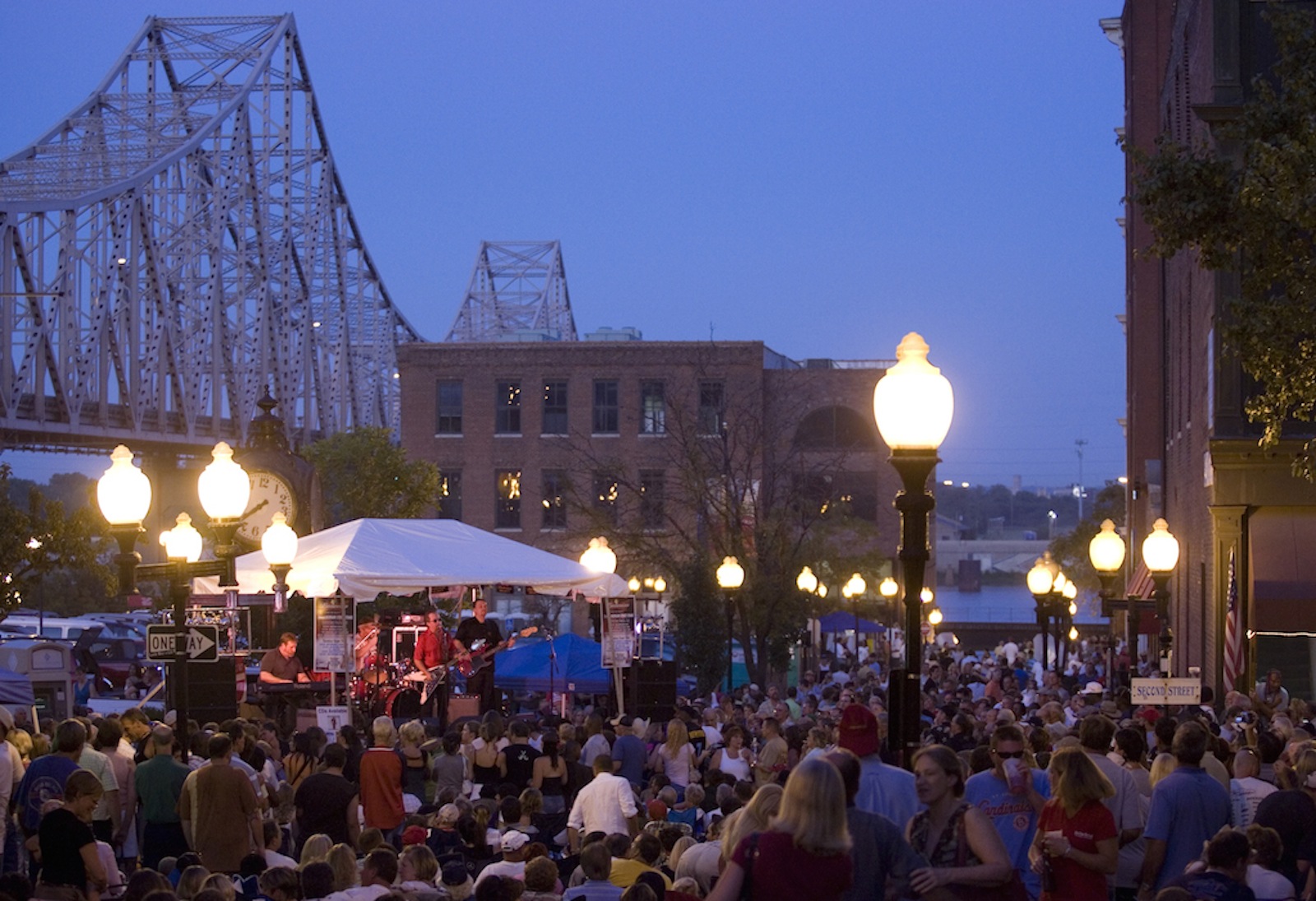 St. Louis has its own unique blues sound, sometimes referred to as the “Saint Louis Shuffle,” which is typically more piano-based and has a very ragtime jump to it. It’s also home to blues and R&B masters like Chuck Berry, known for songs like “Johnny B. Goode” and other energetic R&B tunes that helped kickstart rock n' roll as we know it. The family friendly Big Muddy Blues Fest is held in Downtown St. Louis on Laclede's Landing every September. 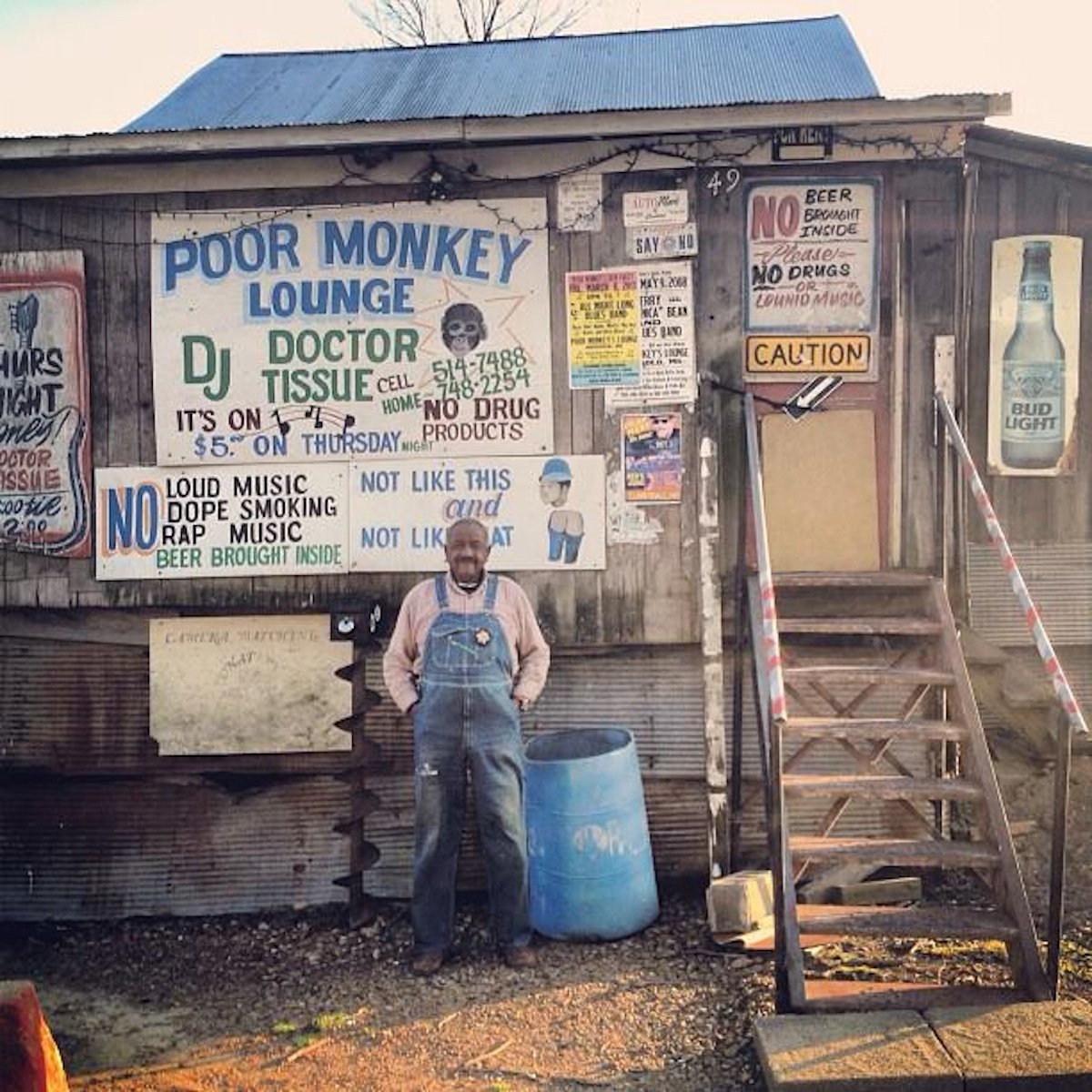 A lot of places claim to be the birthplace of the blues, but Clarksdale, Mississippi, is the real deal. Located right off of Highway 61, along the infamous Blues Trail , you feel like you’ve stepped back in time as you pass by acres of cotton fields and myriad blues history markers placed along the way that showcase the birth homes of Muddy Waters, Robert Johnson, and so many other greats.You can make a quick stop at Po-Monkeys – one of the last standing old-time juke joints around – or make your way over to Cat-Heads to admire the collection of amazing folk art from the region. One of the other highlights of Clarksdale is The Delta Blues Museum, which showcases the roots of blues and provides tremendous insight into the history of the music and the region.

The Juke Joint Festival itself features a number of Delta blues musicians from the area, both old and new, performing on various street stages by day and moving into the bars and clubs at night. It doesn’t get any more authentic than this; if you’re a blues fan, you owe it to yourself to visit at some point. Be sure to check out Morgan Freeman’s Ground Zero Blues bar, as well as stay at the rustic cabins at the Shack Up Inn , located right outside of town, for jam sessions and nightly performances. 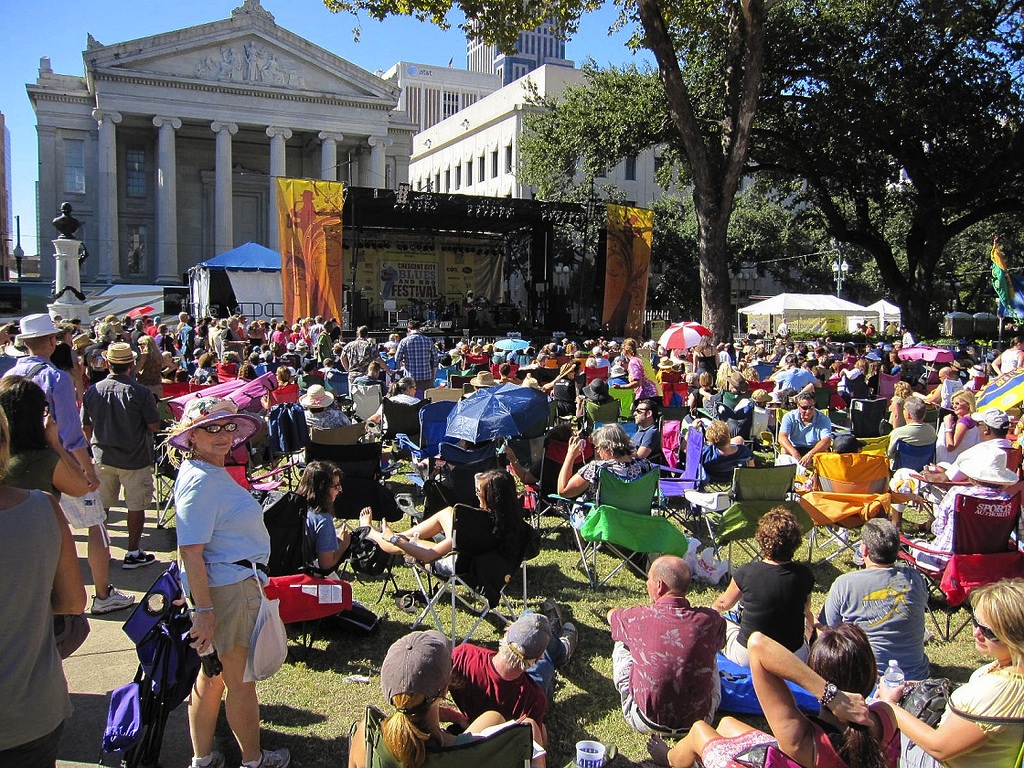 For a city that has a festival for just about everything (mirlitons, red dresses, po’boys, etc.), it’s no surprise that there's a festival based around blues music in New Orleans. After all, it is one of the greatest musical cities in the world, and although its musical influences span a spectrum of genres and styles, jazz and blues are at its core. The Crescent City Blues & BBQ Festival features some of the top NOLA blues acts such as Marcia Ball, Little Freddie King, and Walter “Wolfman” Washington, while also showcasing various Zydeco, Cajun, Latin, and Caribbean groups that have influenced the cultural patchwork of New Orleans music. And then there's the NOLA barbecue... 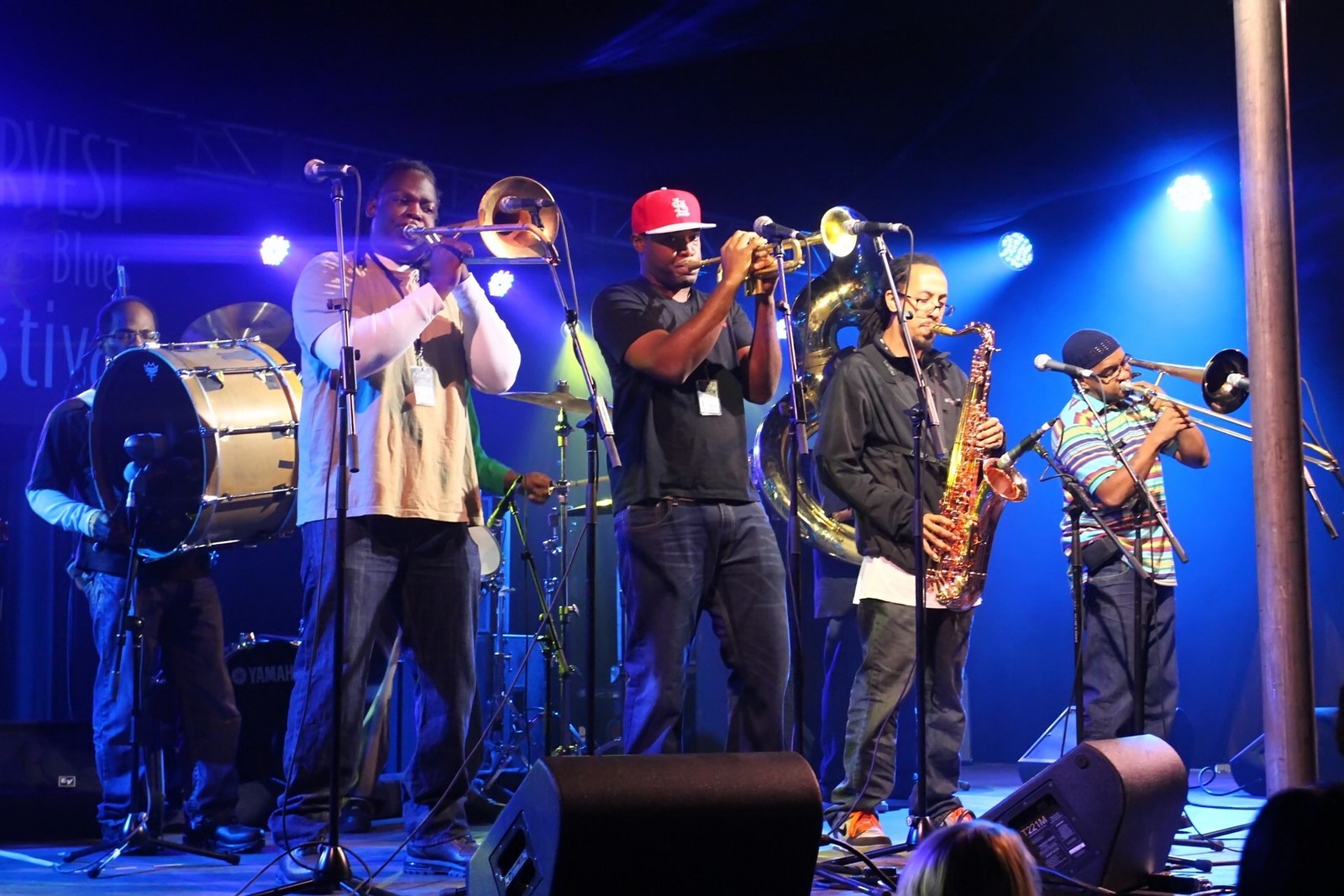 The Canadian Harvest Jazz & Blues Festival brings in international acts from all over the world and is located in the beautiful maritime town of New Brunswick. The event lasts six days, and features over 400 musicians and 150 performances over more than 27 stages, so you'll have plenty of time to catch some good music. They put their all into bringing established acts into the mix, while showcasing some of the best up-and-coming artists that might not be on your radar just yet.

The Waterfront Blues Festival goes down in Portland, Oregon and is actually owned and operated by the Oregon Food Bank . There is no entry charge, but donations are encouraged at the door. Thanks to so many gracious blues fans like you, the festival has managed to raise over a million dollars to help the fight against hunger. And their lineup always brings it; previous acts include Buddy Guy, Allen Toussaint, Macy Gray, and a slew of other big names. It’s a great event that brings stunning performers and an ultra important cause together.

When the RBC Bluesfest started in Ottawa, Ontario back 1994, it drew around 5,000 spectators. Now, the event draws close to 200,000 people each year and is one of the biggest festivals in North America. It started out as heavily blues-centric event, but over the years has transformed to include pop, rock, indie, hip-hop and a number of other music genres – similar to the evolution of the New Orleans Jazz & Heritage Festival. Snoop Dogg, Tom Petty, Iggy Azalea and Kanye West have all played in the past, but blues fans, rest assured – the blues' presence is still littered throughout the lineup.

This article was originally published in July 2015 and has since been updated.