Top 10 Oktoberfests in the U.S.

' Tis the season of dusky beers and snapping bratwursts, bosomy dresses and rollicking singalongs. If you can't make it to Munich during the next two weeks for the real Oktoberfest, check out these local options for stein-studded merriment. 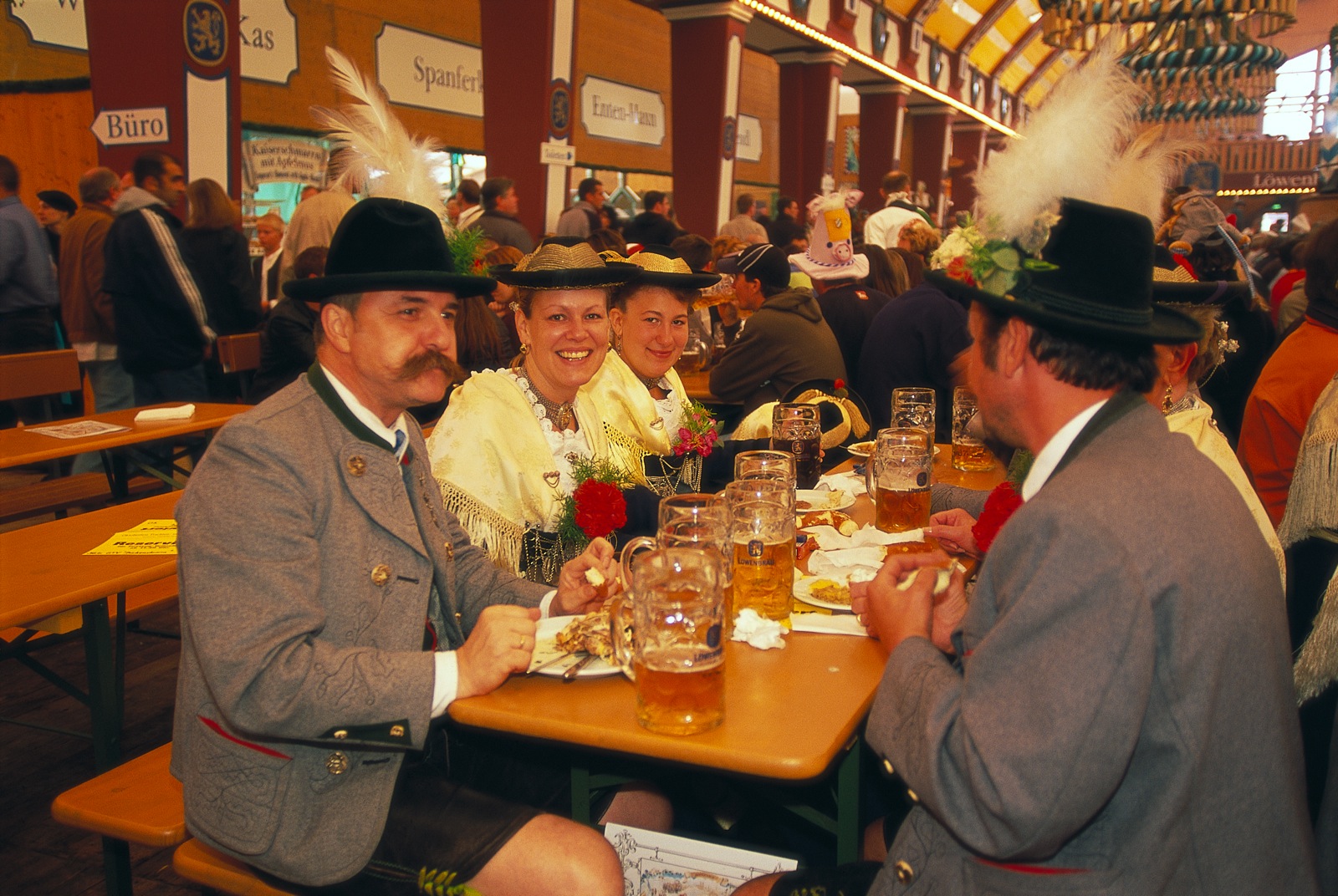 Photo by German National Tourism Board

A half million revelers pile in for Oktoberfest Zinzinnati, the nation's largest Oktoberfest. They guzzle 1,700 barrels of beer and chomp 80,000 bratwursts. They cheer on the Running of the Wieners (dachshunds in hot dog bun costumes) and flap for the world's largest chicken dance (George Takei led it last year). Chalk up the mania to Cincy's uber-deep German roots.

So you're on Pier 48 surrounded by the sea, not in Munich surrounded by the Alps. Once the lederhosen'ed band starts to oom-pah and the dirndl-dressed women to twirl, you won't know the difference – especially after prosting with your tablemates through a stein or four of Spaten. Oktoberfest By the Bay is the place to be if you're in the Bay Area.

Denver's raucous party is big on bravado. Hopefuls stoked with liquid courage face off in the Keg Bowling Championships hurling kegs at, er, kegs. They hold suds-filled mugs until their arms buckle in the Stein Hoisting Championships. And they inhale four or so sausages per minute in the Bratwurst Eating Contest.

The Appalachians stand in for the Alps, but otherwise wee Helen is a spot-on version of a Bavarian village, complete with Old World towers and cobblestone lanes. During Helen's Oktoberfest, the cheery Festhalle rocks nightly with accordion riffs, polka dancing and crowds clinking glasses at long communal tables.

The newly expanded (two days now instead of one!) Das Best Oktoberfest certainly delivers when it comes to booze quantity. German wines, tonsil-scorching schnapps, and 150 brews flow from the taps. The latter are especially useful to triumph in the Beer Belly Competition. There's also a midway full of games and rides and a chance to win the coveted title of Miss Oktoberfest.

Follow the smell of roasted chicken and gingerbread to the big honkin' tent by the East River, and then you'll know you've arrived at Zum Schneider. German-speaking barmaids plunk down mugs of toasty brews, while lederhosen-clad musicians blow tuba notes into the air. A local bierhaus sponsors the newbie fest, known as Munich on the East River.

From the half-timbered houses and flowery window boxes, to the nutcracker museum and hefeweizen-rich beer gardens, this hamlet in the Cascade Mountains immerses full on in the Bavarian lifestyle. The mayor even taps the first keg each weekend, as per Munich tradition. The Leavenworth Oktoberfest gives the real thing a run for its money.

Tulsa's Oktoberfest made history more than three decades ago when it introduced the chicken dance to America, thanks to a swinging band from Germany. Bands still fly in from the motherland to honk and yodel on the Arkansas River. Schnitzel, apple strudel and spinning carnival rides also add to the ambience.

SoCal's biggest Oktoberfest lets loose at the Alpine Village complex in suburban Los Angeles. Bring your own stein (as long as it's not glass) and cowbell, and get ready for wood-sawing and pretzel-eating contests. Vegetarians will find plenty of meat-free sausages sizzling on the grill.

So it's called Wurstfest, not Oktoberfest. It's the same thing: a merry party of sausages, beer and oom-pah bands, held deep in the German-tinged Hill Country. It's more family friendly than its brethren fests, with loads of rides and games for the kinder.