“Bestival has grown from a tiny seed of independence, fighting the bloated fat cats and money men who run festivals to make money. We’ve always put our audience and acts first.”

If you were seeking a mission statement for Rob da Bank – Bestival founder, DJ, radio show presenter, record label owner, and pony-tailed Peter Pan of the British festival scene – you’d be hard pressed to find a more succinct sentence than this. 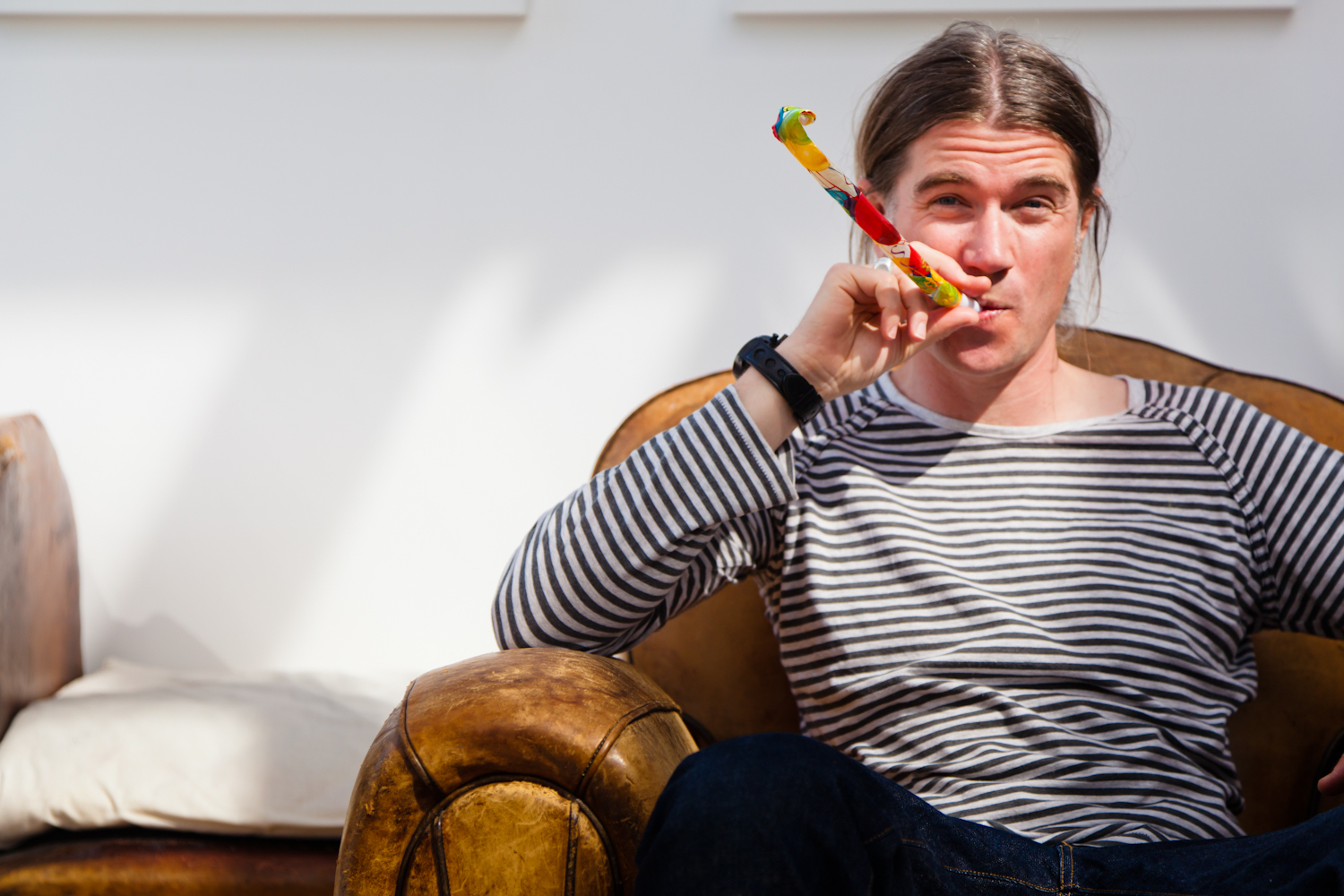 Rob (or Robby to everyone who meets him) is best known for co-founding, along with his wife Josie, Bestival. Their first event was in 2004 and – until this year when it moved to Lulworth Castle in Dorset – took place in the bucolic Robin Hill Country Park on the Isle of Wight.
Before Bestival there were two distinct types of festivals. First: Those focused only on music, with faceless arenas and sponsors, and split into a crusty-ish rock camp (Download/Reading and Leeds) or dance (Creamfields/Gatecrasher). Second: Glastonbury, with its embrace of the weird and fantastic as important to the show as the bands.

Bestival sought to combine elements off both and, in doing so, helped change the face of festivals as we know them today. It was a forefather of the so-called "boutique generation"; multi-layered festivals that put an emphasis on the experience as much as the music. It was one of the first festivals to encourage fancy dress and Bestival’s themes over the years – including "Fantasy," "Freaks Under The Sea," and "Desert Island Disco" – have been legendary and helped place the audience at the apex of the party.

At its peak, Bestival attracted 55,000 a year across the Solent to see headliners such as Stevie Wonder, Elton John, Kraftwerk, The Beastie Boys and Bjork. That was all despite the famously soul-destroying journey back that was a seemingly never-ending trial of queues, buses, ferries, trains and an ascent out of the vertiginous Robin Hill Park that had many festival mortals giving up and begging for God to strike them down on that green and uneven path.

And everything started with a club night. Back in 1995, Rob started Sunday Best in a bar called The Tea Room in Clapham, London. By 1997, Sunday Best was also a record label – one famed for its diversity and that’s released soul, rap, reggae, doo-wop and even the musical oeuvre of David Lynch. It’s still operating (over 200 singles and 70 albums released to date) though Rob’s role is more of A&R man and public face, whilst business partner Sarah Bolshi mans the pumps.

Attendees at Bestival 2017 next to the world's largest disco ball. Photo by: Victor Frankowski for Bestival

Rob also cut his teeth as a DJ and BBC Radio 1 presenter during this time. At the latter he was to meet John Peel, the legendary DJ in the UK famed for his ceaseless desire to seek out fresh music and under-the-radar artists. Rob says that Peel was “the most important person to [him] by miles in terms of inspiring [him] to seek out new music.” The connection between the two was to be given a sad twist when Peel died suddenly on holiday in Peru. Rob was covering his show at the time, and did so for the following three months. “There were a lot of press questioning whether I was the new John Peel, and I didn’t like the attention,” Rob told The Daily Telegraph . “I just wanted to get on and respect John with the records I played.”

Rob on the decks at Bestival 2017. Photo by: Bestival

Rob’s other significant influence is Michael Eavis, founder of Glastonbury and Godfather of the UK festival scene. Rob first went to Glastonbury with Josie – then his girlfriend – when he was 18. He has described it as his most memorable festival moment: “Jumping over the fence at Glastonbury, I was cast in this other world. I couldn’t believe my eyes and ears. I was overpowered by senses.”

If Eavis is our metaphorical festival Godfather, it wouldn’t be too hard to cast Rob as the Godson; both have a fierce commitment to multi-genre lineups, to creative production, and to staying independent in the face of increasing corporate takeover of the festival industry. “We’ve had offers for Bestival, many times,” says Rob. “Being independent is no doubt harder and makes you work all that much more. But it keeps you on your toes and makes sure you don’t get lazy, which is a prime reason for festivals failing and it means we can book who we want, change our location, dates or name and no one can tell us what to do!”

A colorful scene from Bestival 2017. Photo by: Georgina Harrison for Bestival

Rob’s independent credentials were solidified in 2008 when he helped set up the Association Of Independent Festivals, an organisation that provides a mutual support system for the country’s independent events. These days it has over 50 member festivals, with sizes ranging from 800 to 80,000, and plays a vital role in keeping independent festivals afloat.

Nowadays, the Sunday Best portfolio holds so much more than Bestival. Camp Bestival, started in 2008, channels Bestival-esque madcap values into an event aimed at families. There’s the Common People one-day events that take place in Southampton and Oxford, whilst in 2015 Bestival went international, to Toronto. Bestival Bali goes down for the first time in September 2017 and Rob has said that he would “love to take it to India…or Africa. Somewhere totally different.”

I actually met Rob once, back in the UK, when I was at Camp Bestival with my eight-year-old nephew Sam. Sam was writing a review of the festival (with a little guidance from me). The hook of the piece was supposed to be Sam interviewing Nile Rodgers, who sadly didn’t turn up. Robby stepped in with pink glitter on his face and was laid-back charm personified, answering our silly questions and betraying none of the stresses that must have beset a man who, at that point, was ultimately responsible for the well-being of 5,000 feral kids and their families. Not to mention Nile Rodgers.

And that’s the thing. With his long hair and love for organised hedonism, Rob can appear like that Peter Pan-esque uncle: the one who turns up to a nephew’s birthday straight from a friend’s couch, wearing slightly-too-fashionable clothes and tobacco stains on his fingers. But he’s clearly driven by a desire to take the Bestival experience to a huge audience, as long as it’s executed the way he and wife Josie, (who is responsible for the distinctive Bestival artwork and much of the creative direction) have done from the start. He currently estimates that around 500,000 people have attended a Bestival event so far. Only a fool would bet against them hitting the big million.