Vendors
Photo By: Aron Klein for Meadows in the Mountains

This Festival Brings Love and Support to Elders in Bulgaria

Festivals thrive on community. It is the foundation of every successful festival; without a core following or those who toil away all year to build an event, there would be no event in the first place. However, outside of a festival's loyal attendees and the hardworking teams who build such events, we must also consider the communities that live within the vicinity of such events. It’s easy to forget that people in local towns and villages are affected by the brief migration of thousands of people to their hometowns.

One festival that takes great pride in its connection with the local community is Meadows in the Mountains , a festival that occurs every June in the mountains that straddle Greece and Bulgaria. Established in 2010, the festival takes place above the clouds in the stunning Rhodope Mountains, and the quiet village where the event takes place has been supportive and hospitable since it launched. A mutual relationship has evolved between the festival organisers and the inhabitants of the nearby village, with locals opening their doors to festival-goers, allowing them to stay in their homes, bed and breakfast style. Local taxi drivers ramp up their availability, with services running up and down the mountain all day and night. Some people even convert their homes into restaurants, serving up food and drinks all day long to hungry festies. 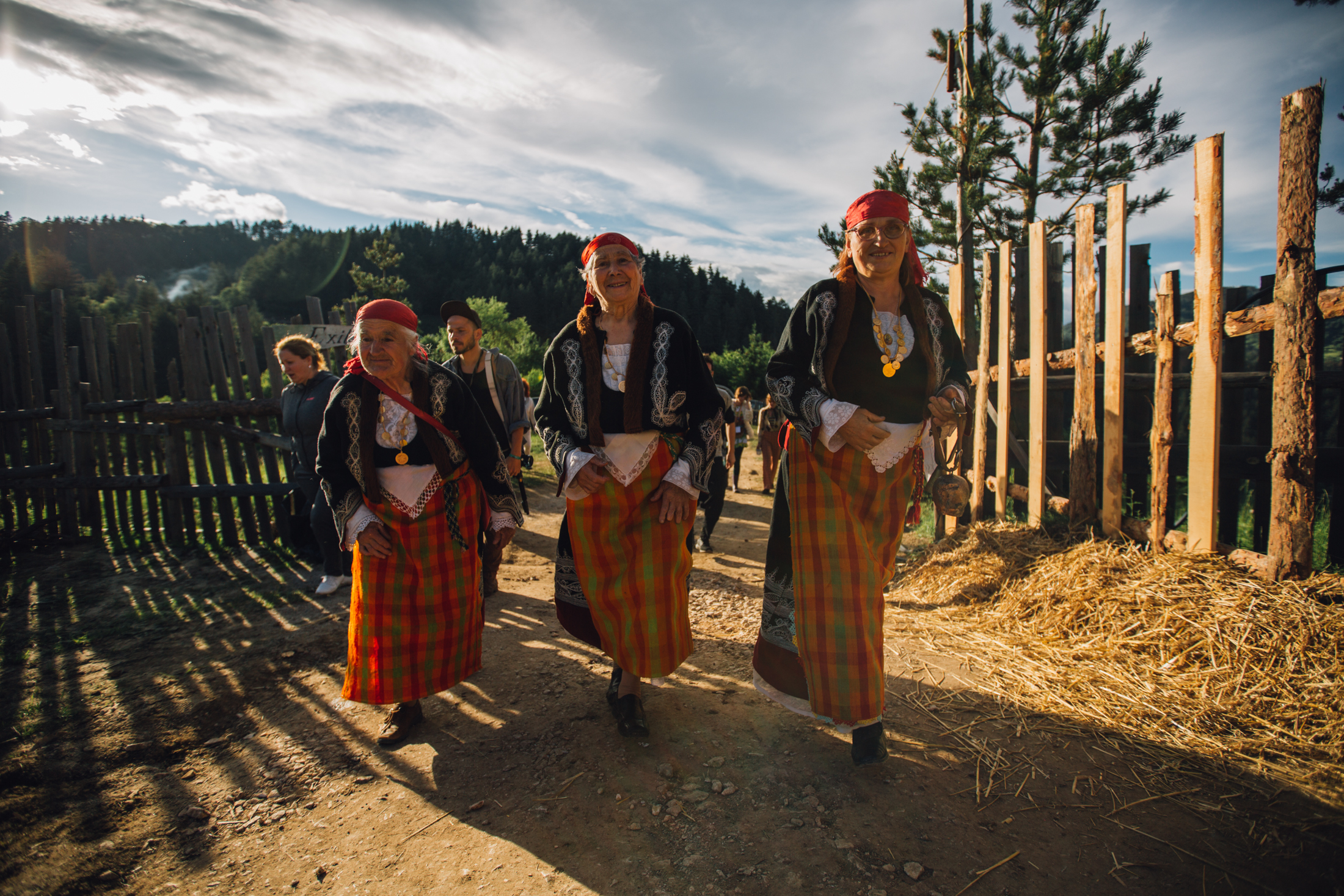 Benjamin Sasse organises the festival with his brother Damian. We spoke to him about the festival's endeavours, and their mother Candy also took time to shed light on their community-based efforts. The festival is very much a family affair, and its beginnings can be traced back to the Benji and Damian’s parents purchase of a house in the village. The holiday home’s location inspired the boys to throw a party for 40 of their friends atop the mountain on the same site that is now home to the festival.

“We’re trying to help the older, poorer locals, not the younger ones so much. They live on a very small pension, a lot of them are older ladies who don’t have anyone to look after them,” Candy says.

To address this issue they sponsor the "Baba Bus," a minibus hired for the people who need it most. “We initially funded a bus that comes every two weeks to take all the old people in the village who are too poor or disabled to the local town to do their shopping, or seeing relatives and basic stuff like that,” says Benji. “A lot of the younger relatives have moved away to bigger towns and cities, so they’ve been left here with not a lot.” 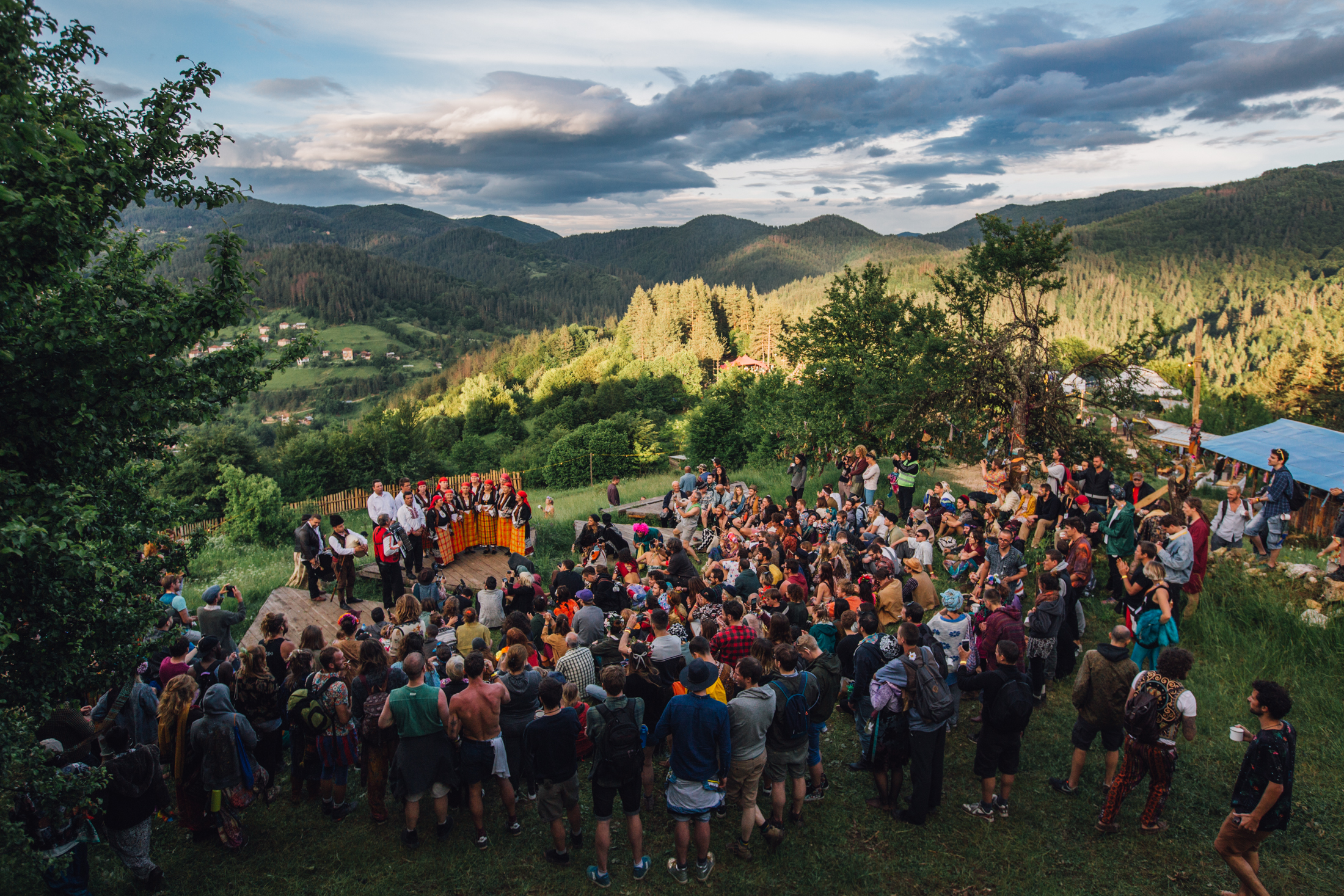 Taking the older ladies out bi-monthly (they decided every week was little too often) is a small part of the Meadows team’s overall plan for the local village. Identifying issues that they can assist with, donate money to and be a support for is key to their local involvement. Meadows is not an event that simply appears once a year to take over the locality, run amok and then disappear again in a cloud of glitter-filled dust. Their vision of the future is already taking shape and it revolves around a compassionate, respectful relationship with locals combined with a concerted effort to improve their lives, and the infrastructure of the village itself.

“A lot of the houses are falling down, the roads are bad, there’s no way for them to make money. One key benefit of having the festival there now is that the boost in tourism means they have enough money to survive all year. Alongside that, if we were to run other events and activities here they’d have even more funds to live from. Up until now they’ve been living off tiny pensions,” Benji says. “Since we started all the houses we rent have been renovated by the owners using the money they’ve made from having festival-goers stay with them.”

Benji has already bought land in the village, and other members of the team are in the process of investing in property and land, giving the local economy a further boost. Part of his overall plan is to utilise the festival site outside of the event itself, so that there's a regular influx of tourism. “We’ve started a new initiative where we’ll be running retreats up here; people can go hiking, learn permaculture and farming, investigate the sights up here, of which there are many. We want to open up the festival site for a large part of the year so people can enjoy it outside of the event itself and take in some more of the natural landscape," he says. 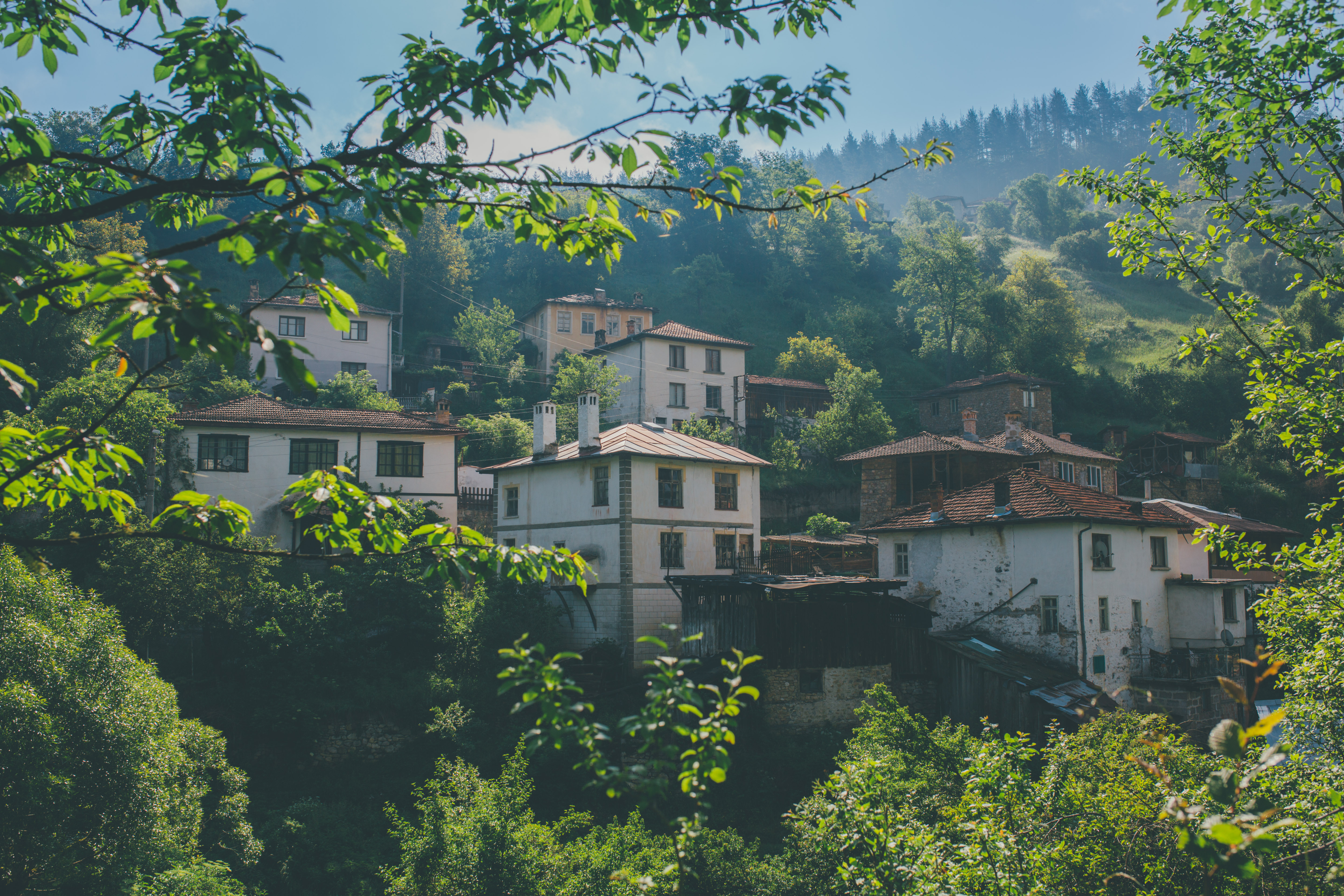 We’re told that many of the villagers have made big improvements to their houses, including the plumbing and outdoor facilities. The house we stayed at, owned by a lovely lady named Tsonka who, despite having recently had an operation, was attentive, friendly and welcoming throughout. Her lovely home had an outdoor "restaurant" where she would normally serve breakfast and three rooms, each with two beds, for visitors.

Working with communities such as this one, which are not necessarily beyond help but still need some assistance, is a delicate operation and requires critical thinking in order to truly work. It’s about empowerment and boosting independence, rather than trying to be a "saviour." But it’s not always easy to offer support to people; we’ve all experienced times in life when people allow pride to get in the way of receiving help.

“They’re quite proud. When the festival was on, we put some of the team forward to assist if anybody needed anything carried or wood chopped but they said they’d rather have a relative come and do that,” Candy says. “It can be hard, they’re quite self-contained and they don’t always want any help but they are generally enthralled with it all. It’s a very sleepy village where not a lot happens so to have a load of foreigners come and stay with them once a year is quite an event.”

What can the festival-goers themselves do to contribute to this effort? Besides the very basics – being kind and courteous, respectful to the locals and the environment – Candy has a great suggestion for anyone who wants to give back to the local community. “One of the best things you can do when you stay in their houses is to get their address and birthday and send them a card every year, for Christmas too. That way the post lady will see and tell all the other villagers – there’s big kudos in getting a card in the post.”

This article was originally published in 2017.